Ladies and gentlemen, here’s a complete impression of OUT & LOUD by Kai from PARASITE INC.. The lovely and talented metal guy made it with his good humor, with a lot of snap shots. 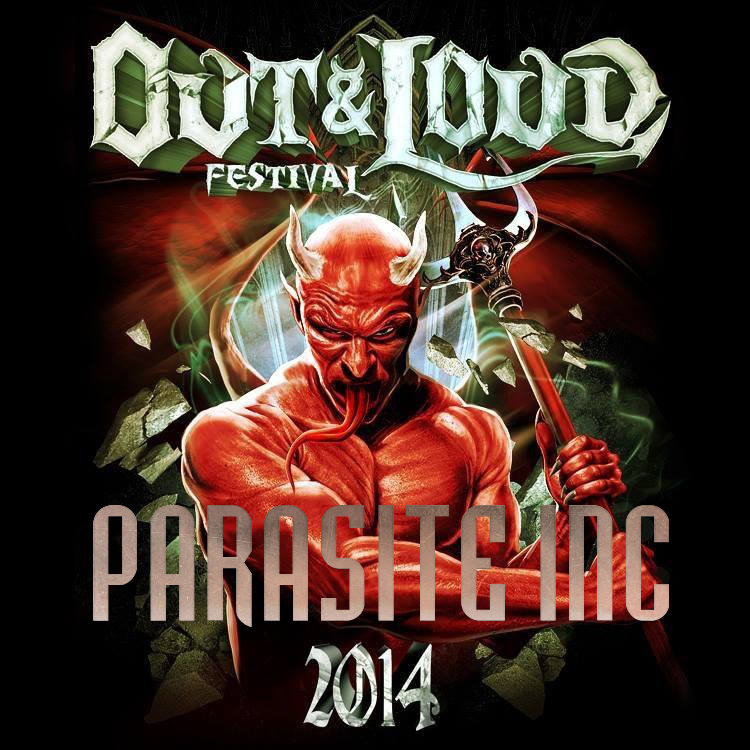 Kai: Hey folks,
it took me a while to write down some words and now after I finally found some time to finish my report, a lot of things have been already said. Time tears down, ya know? Soo expect some compact impressions and thoughts from the Out & Loud happening.

Day - 1
First day, rainy day and a late arrival after we got stuck in a traffic jam. The first impression? Friendly security staff! Yes! Well informed? Definitely not! It's not easy to find the artist check-in if no one even knows what an <artist check-in> is. 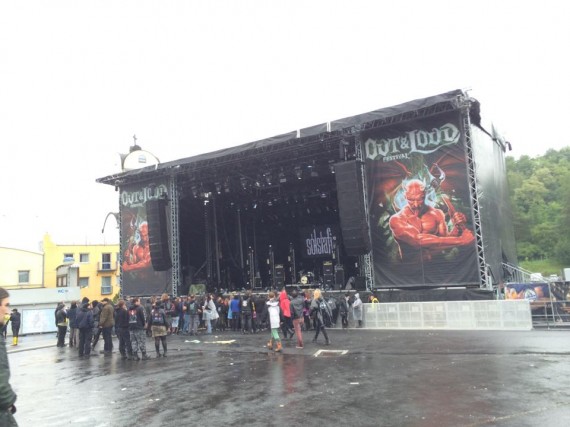 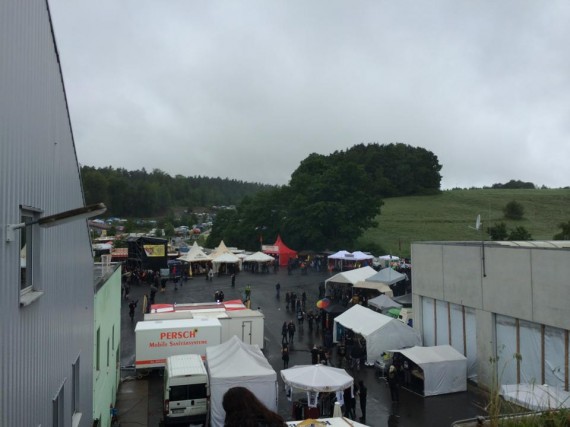 I felt a bit annoyed of all that because I seriously wanted to see Bloodspot but in the end I only could enjoy their last 2 songs. However, watching them live is always like, you know, just imagine a giant tank with 2 horns that is rolling across you while shooting thrash hits into you without a break. Annoying fact of the day:  they had the ingrate opening slot.  Not cool. 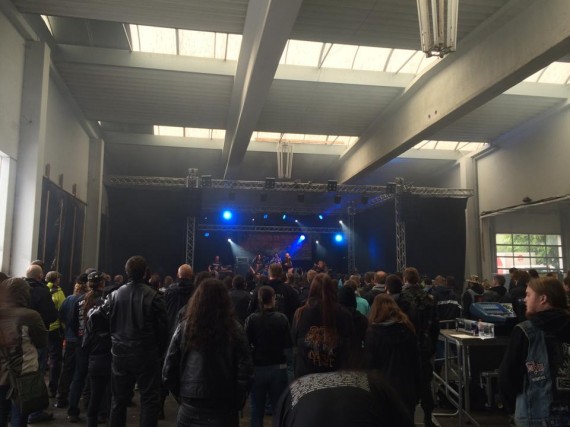 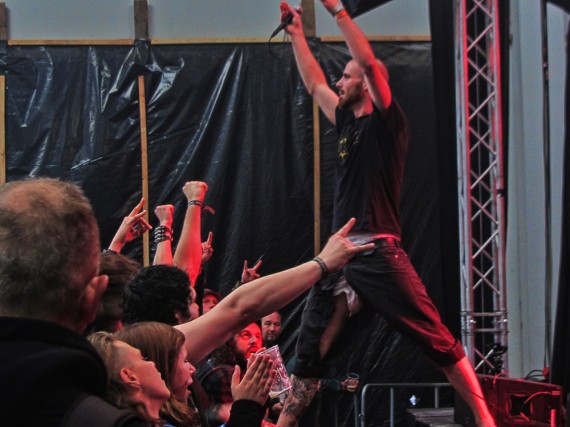 Awesome fact at Soulbound: "Classical" metalheads (you know the guys with the 1000 patches on their jackets) head-banging and clapping to their modern alternative metal. Genre bitching? Not at Soulbound. Their sympathetic appearance brings their unconventional metal hymns to just everyone around the stage! Awesome!

While listening to Legacy Of Vydar I got thoughts like: A guest appearance of Johan Hegg in that band could be the most useless guest appearance in metal history because you can't make out any differences in the power of their vocals. Enjoyable and passionate show with a great sound and epic songs of the 6-piece heavy weight . Only their announcements could maybe require some little tweaks ;) 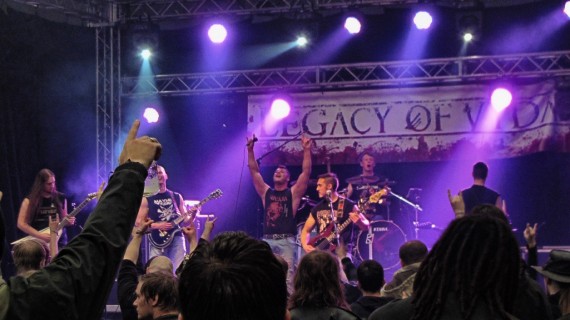 Day - 2
Friday is play day. First discussed with the uninformed security staff to reach to the equipment, which was stored in our car at the backstage area. Later I wanted to drop my guitars to the wall because of the cold night outside they were entirely detuned. I had to spend the whole time before the show with tuning my guitars instead of doing my regular warm up to be in a usable condition for the show. Personal consequence: I missed Sapiency – damn it. 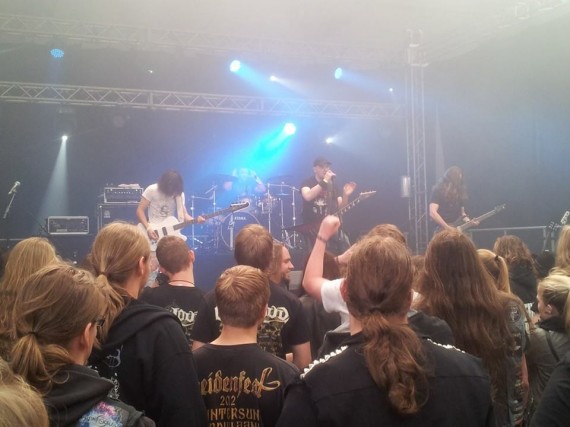 Quick facts: +++ no broken strings - yay +++ acceptable in-ear monitoring - nay +++ didn't expect so many people in front of the stage - totally overwhelmed and speechless +++ Dominik was clearly nervous and screwed up the verse of <Armageddon in 16 To 9> - that’s live +++ almost no time to watch All Will Know because of too many people around the NWOGM booth +++ would have loved to thank every single person who came out to see us +++ 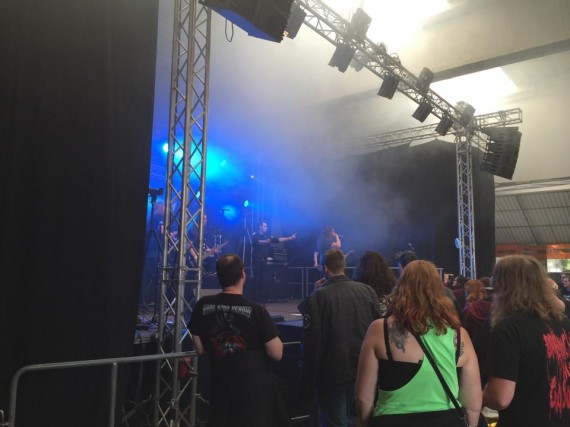 The next band: The Last Hangmen. A hot show? It could have been one without the many windmill head-banging of everyone. What else could I say about them? Freaking awesome appearance with a tight playing... Sick! 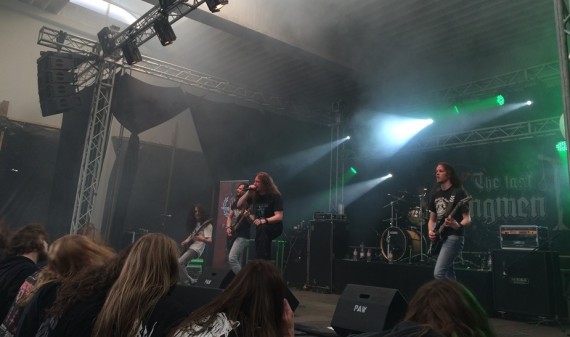 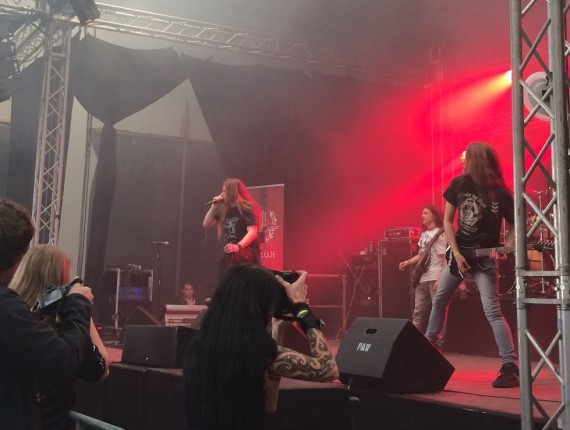 Wisdom of the day: Drunk promoters seem to have the ability to work like the Bermuda triangle.
Never give away anything to them except you want it to be gone. We still miss some Soulbound CDs and NWOGM sampler - haha.

Screw some incorrect times on my running order - I almost missed the entire show of IAMENEMY and was only able to listen to the last 1,5 songs of their set. I guess they did a great show - at least the applause of the audience gave me a hint that it was a great one! 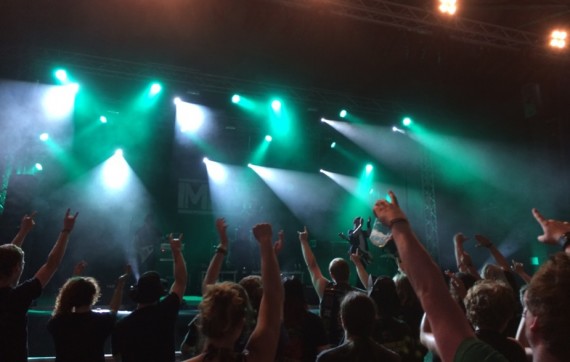 Back at the newcomer stage it was time for Burden Of Life. As for every other of the kumi666 supported and NWOGM bands, the stage was more than well visited from the start and got more filled with every further song. A bunch of their hits supported by a crisp sound only can work as a magnet for metalheads. 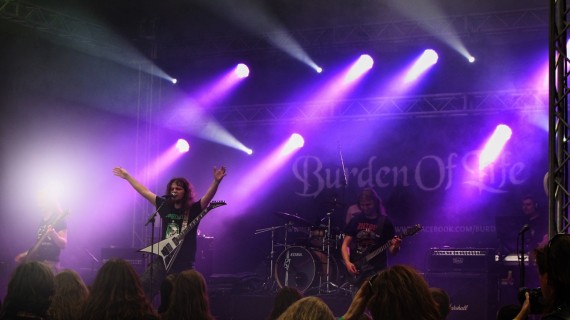 After 2 days of hanging out with all those great people, bands and friends, I felt a bit too bad that the dudes from Bleeding Red arrived that late on Saturday afternoon to join the party. Anyway it was awesome to meet the guys again and later watch them bringing the newcomer stage to its final with their blackened death smashers! 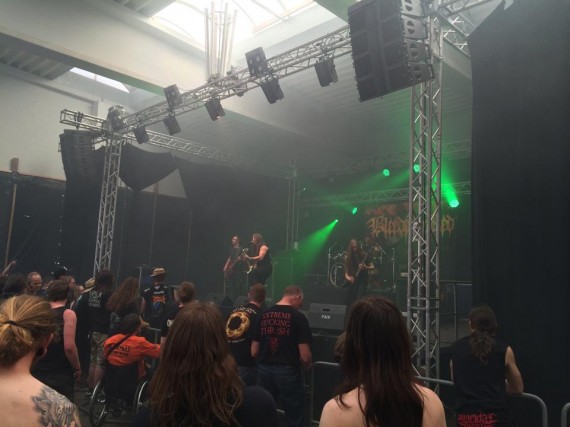 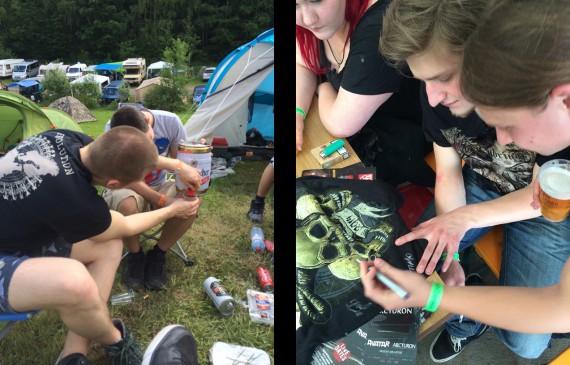 Quick facts: +++ compared to Johnny, Kötty still had a respectable singing voice after 2 festival days inclusive drinking +++ unknown plush toy owl made me smile +++ 3 days are far too short for such a great time +++ doing a group picture is not that easy since drunk musicians and a schedule can never exist in the same universe +++

Frankly it’s impossible to catch all that great moments in only a few lines, so for now I just want to thank and greet all NWOGM and kumi666 bands as well as all involved persons who made this great time possible. Also, a huge cheers and thanks to all the people and fans that came out to see and support the young bands on the festival!

Horns Up and hopefully see you all again at a second round!
Kai ( PARASITE INC. ) 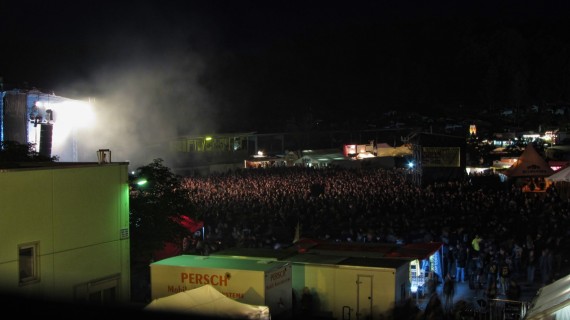 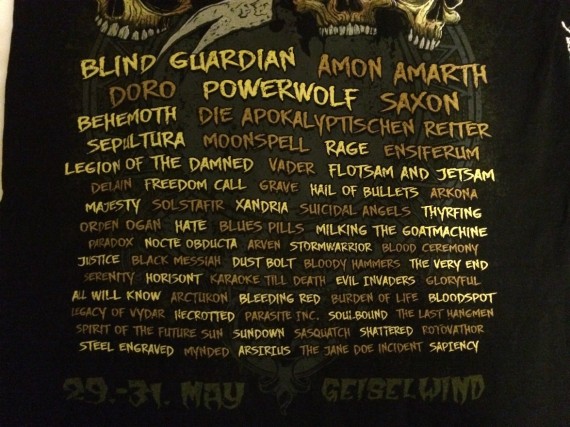 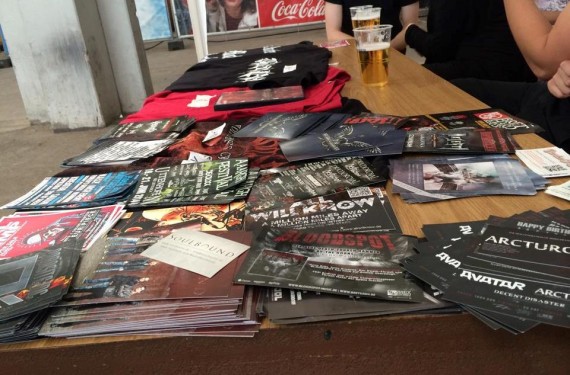 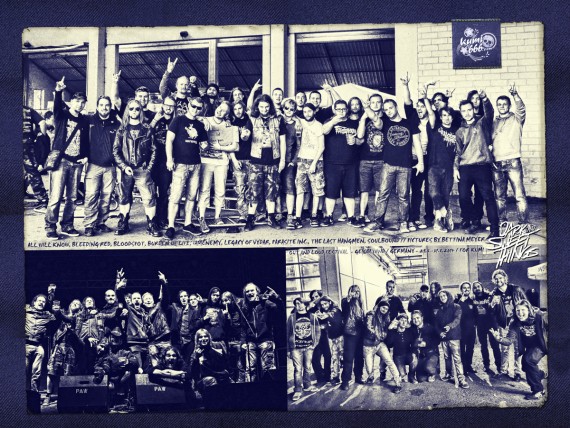 Following cool shots of Parasite Inc. at Out & Loud taken by Bettina (Dark and Sweet Things)!!!