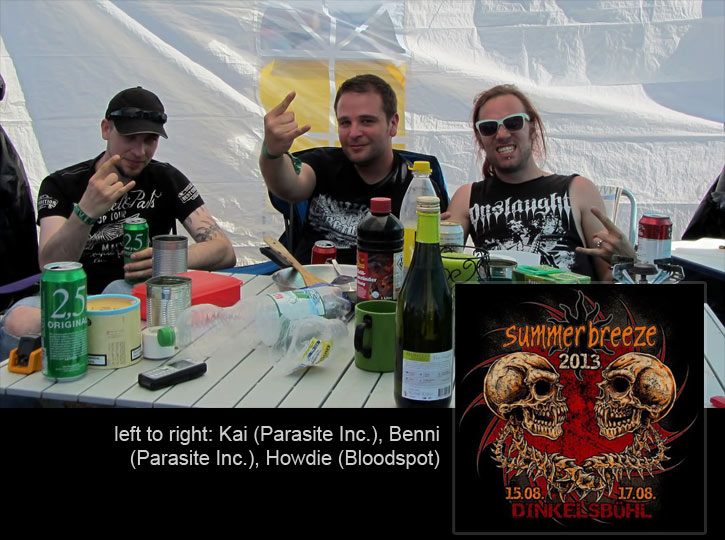 Day 1 – Wednesday - The early bird gets the worm

Like many other bigger festivals in Germany, Summer Breeze already opens its doors on Wednesday for the awaited 35000 people. So I wanted to get there early to don’t get stuck in the traffic, but I did already 8km away from the venue and had to wait around an hour before I reached to the check in.
Nevertheless I felt happy with that because the people who checked in for camping had to wait 2 more hours at the entrance controls. 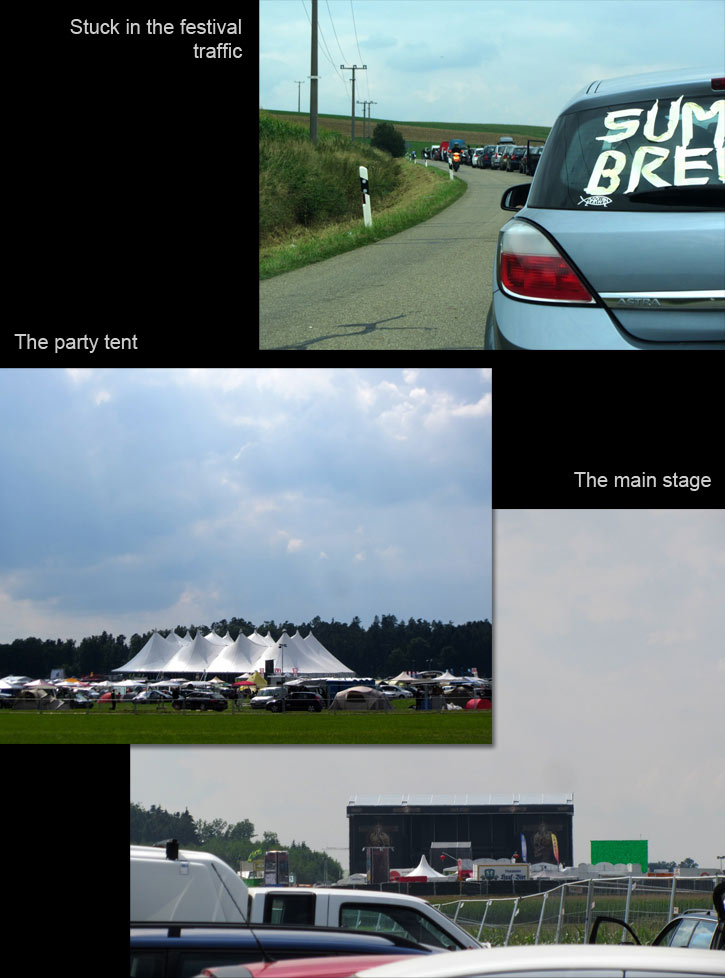 One of my very first impressions when I reached to the venue: everything went a bit bigger again compared to 2011 …the campground, the party tent, the area around the stages and even new: giant screens for a live broadcast of the shows. Also a lot more people were running around and I am not sure I feel happy with that “everything is getting bigger” attitude. One word: Wacken…# 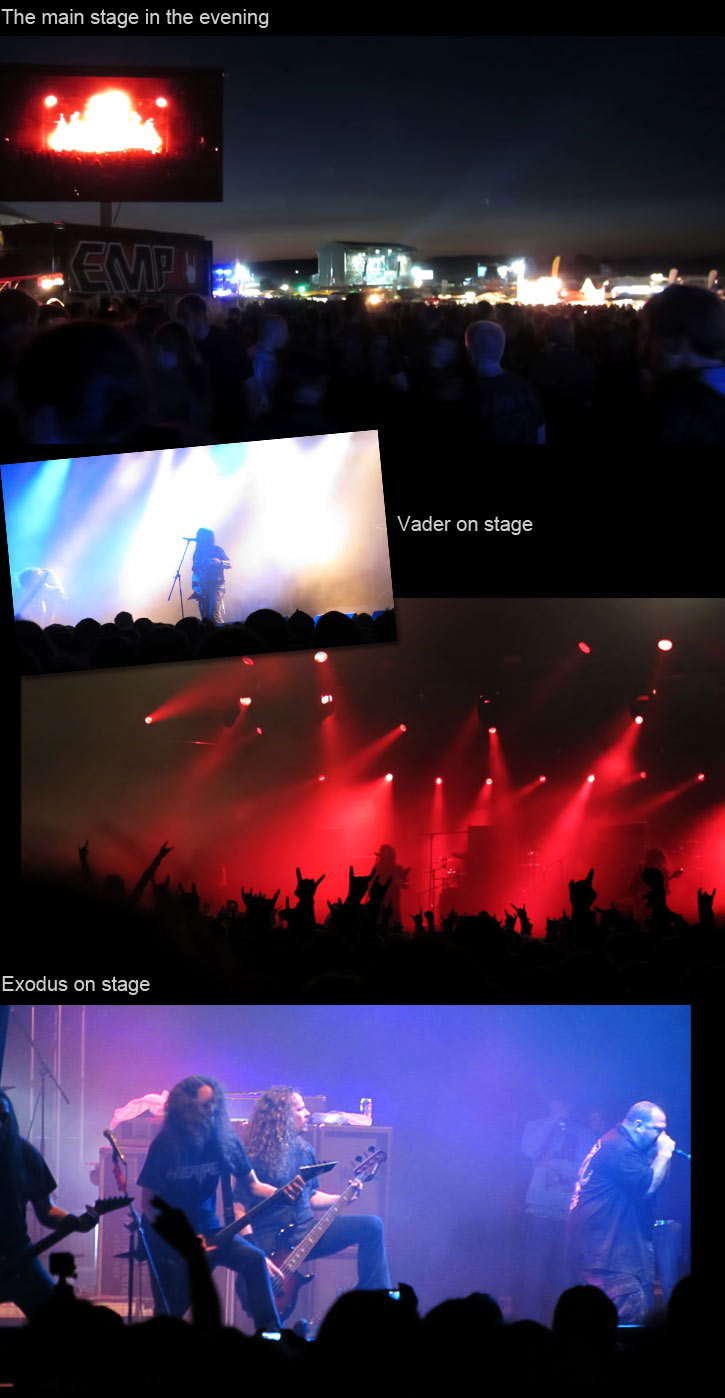 After I had managed my work for the band I reached to the venue almost 3 hours later than planned. Hmh, maybe I should rename my report to “Summer Breeze 2013 – bands I have missed” hahaha coz I missed a lot of bands already and even Soilwork made it into that category. Had to wait 5 years and then I only was able to watch them from the roof of my car – fail. 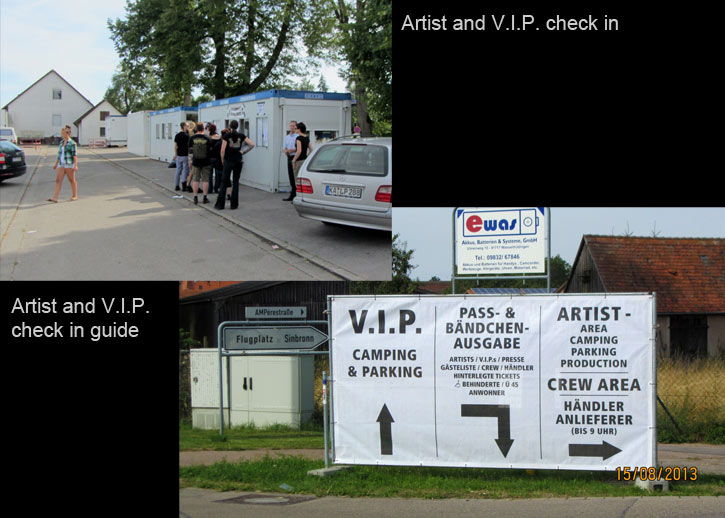 So the first real band on this day was Fear Factory. Maybe I will never understand why Burton can shout as hell but simply can’t hit any tone whit clean singing. However there was a really good mood in the audience and the playing of the band itself was really tight with a great list of their biggest hits. 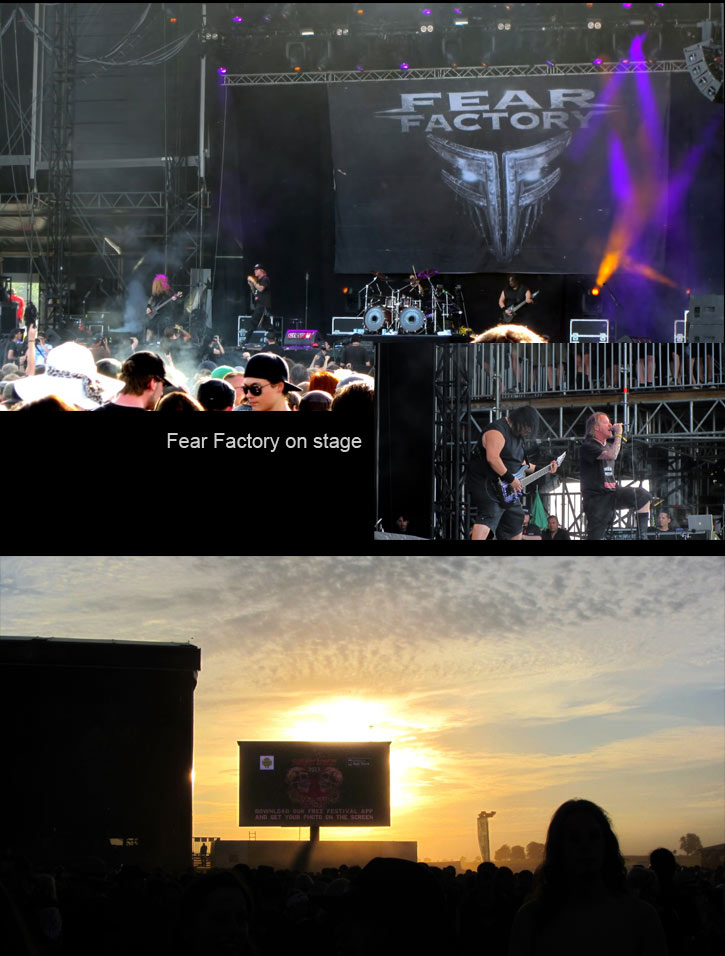 After that I switched over to Korpiklaani . The securities in the got a lot of work with crowd surfer and the audience got some great Finnish folk metal. And at the latest with “Vodka” the last person around the stage started joining that party. Epic fail for me: I took the wrong card for my camera with me and ran out of memory. After Korpiklaani I checked Powerwolf and Sabaton but … it’s just not my type and I decided to end this day. 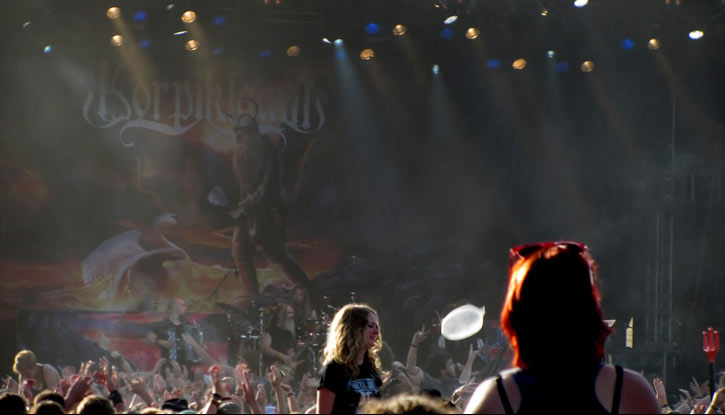 It’s hot… really hot. Felt 38°C and I dropped by Bennies tent to calm down. The guys had just started to play flunkyball. It’s a drinking game and combines sports and alcohol consume in “metal worthy” way haha. Also Benni and I had a short meeting with Howdie from Bloodspot and it was great to see him again after such a long time - one of my personal highlights this year but too bad time passed by so fast. Well, after that I dropped at the backstage area quickly to get some food and water before rushing to my first time with Anthrax. They played a great set with their hits incl. a cover of ACDCs “TNT” that pushed the mood of the audience to the top. 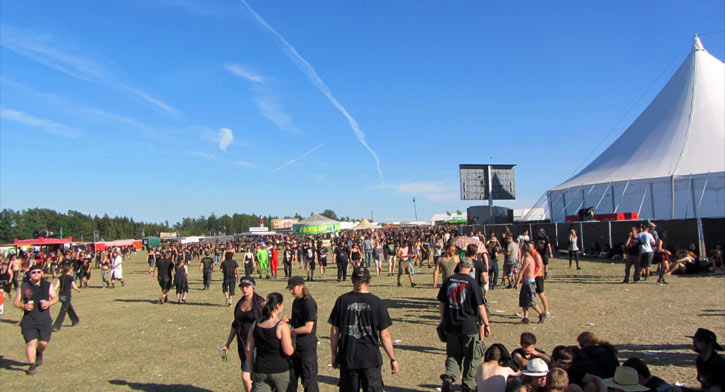 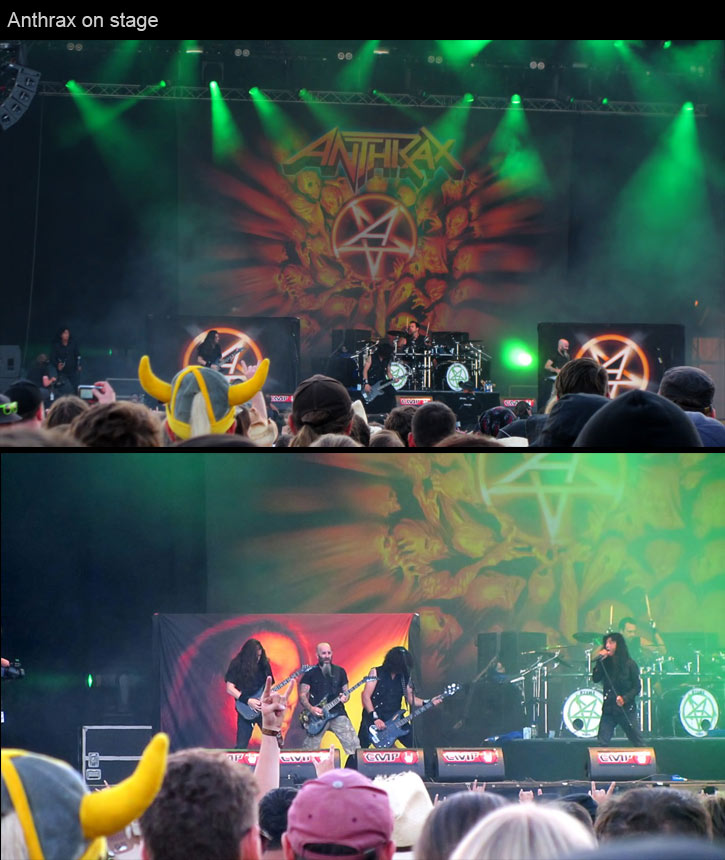 After Anthrax I checked out the merchandise stands around the stage area before I went back early for the next band: Lamb Of God. The area was really packed for the first time when they opened their set with “Desolation”. What a giant chaos of jumping people and circle pits. I felt sorry for the securities in the trench and for the people who simply wanted to enjoy the show: I rarely have seen so many crowd surfer. Lamb Of God is a live force – enough said. 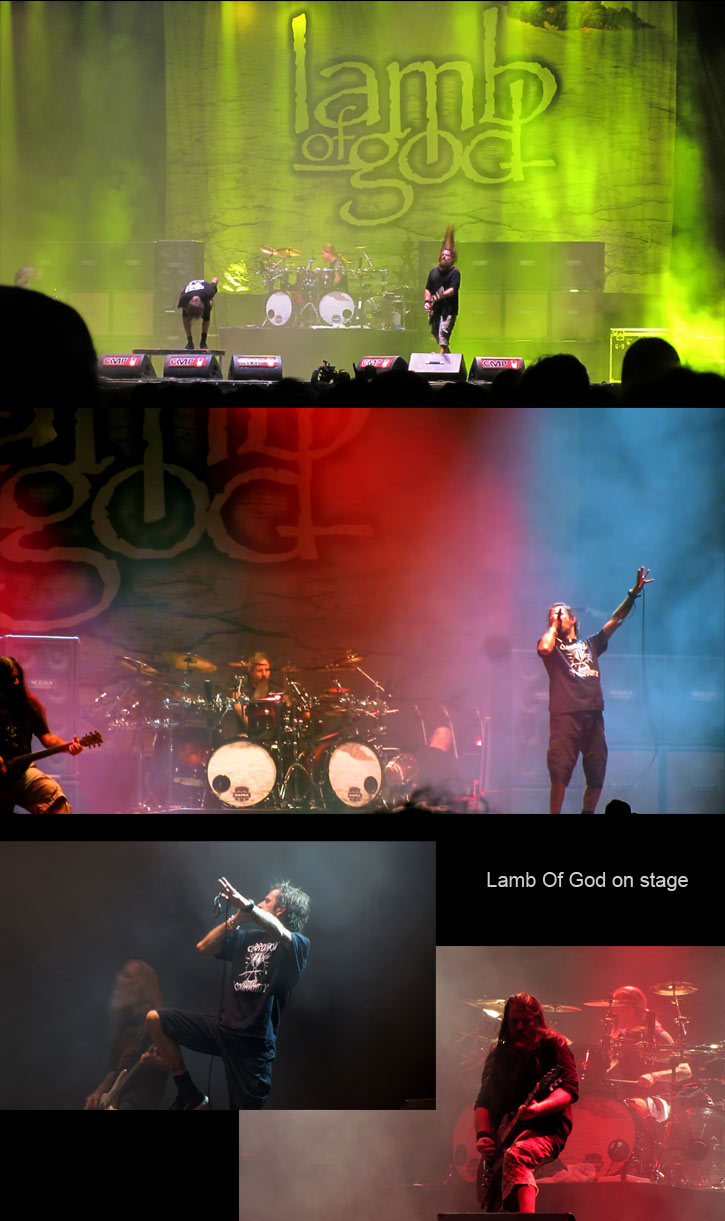 Right after Lamb Of God Finntroll entered the stage and ended day 3 with some “gentle” metal from Finntroll. That was a lot of fun for me since I have seen them the last time back in 2004. How time flies! 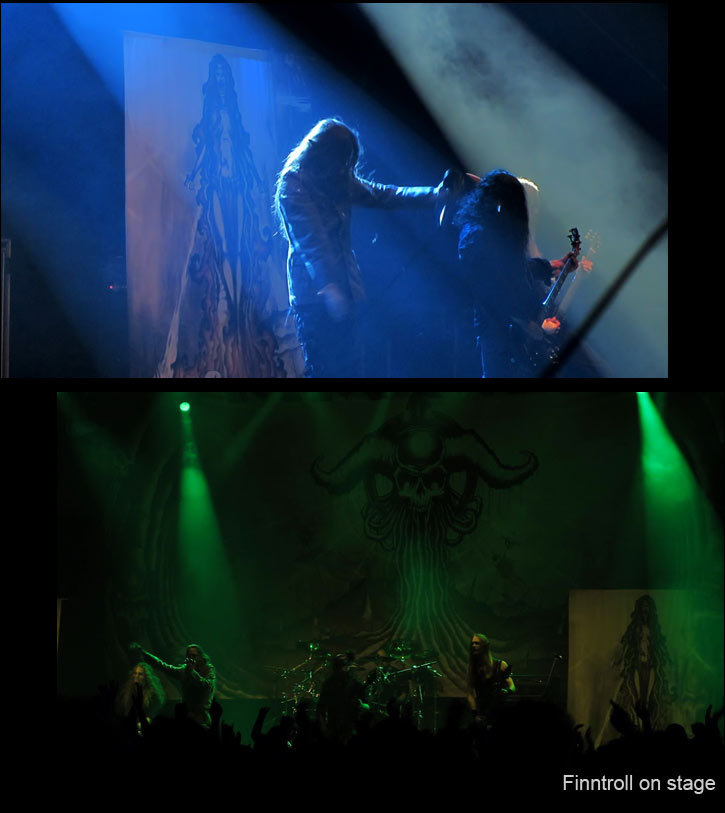 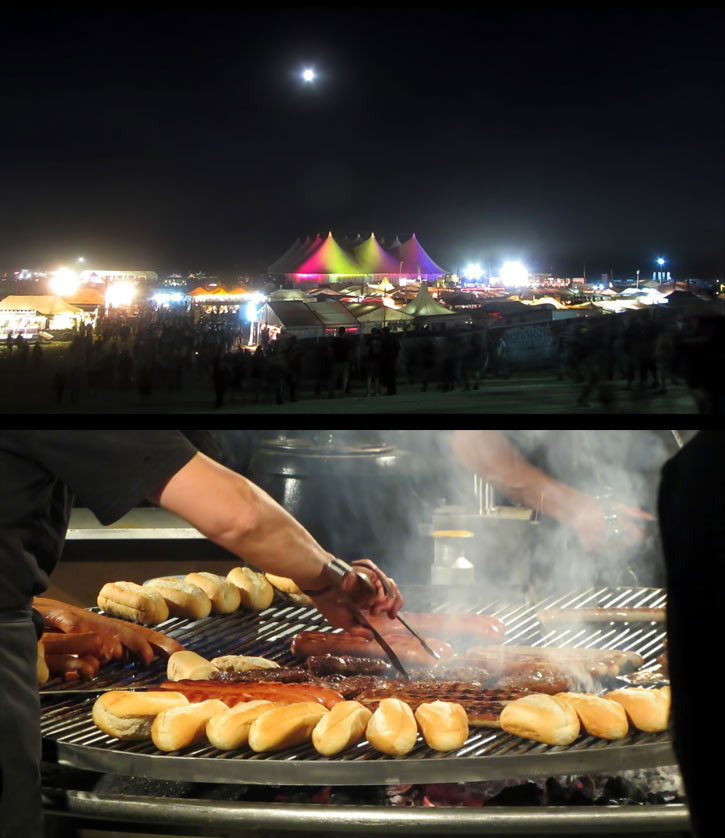 Annoying heat, annoying dust: Without any rain this year, the venue changed into a giant dusty area: Everything was covered by it and I was wondering I still could see Devildriver after their start: With all the mosh pits pits and probably the biggest circle pit this year, Devildriver burned down the venue and only left a lot of…well… dust. 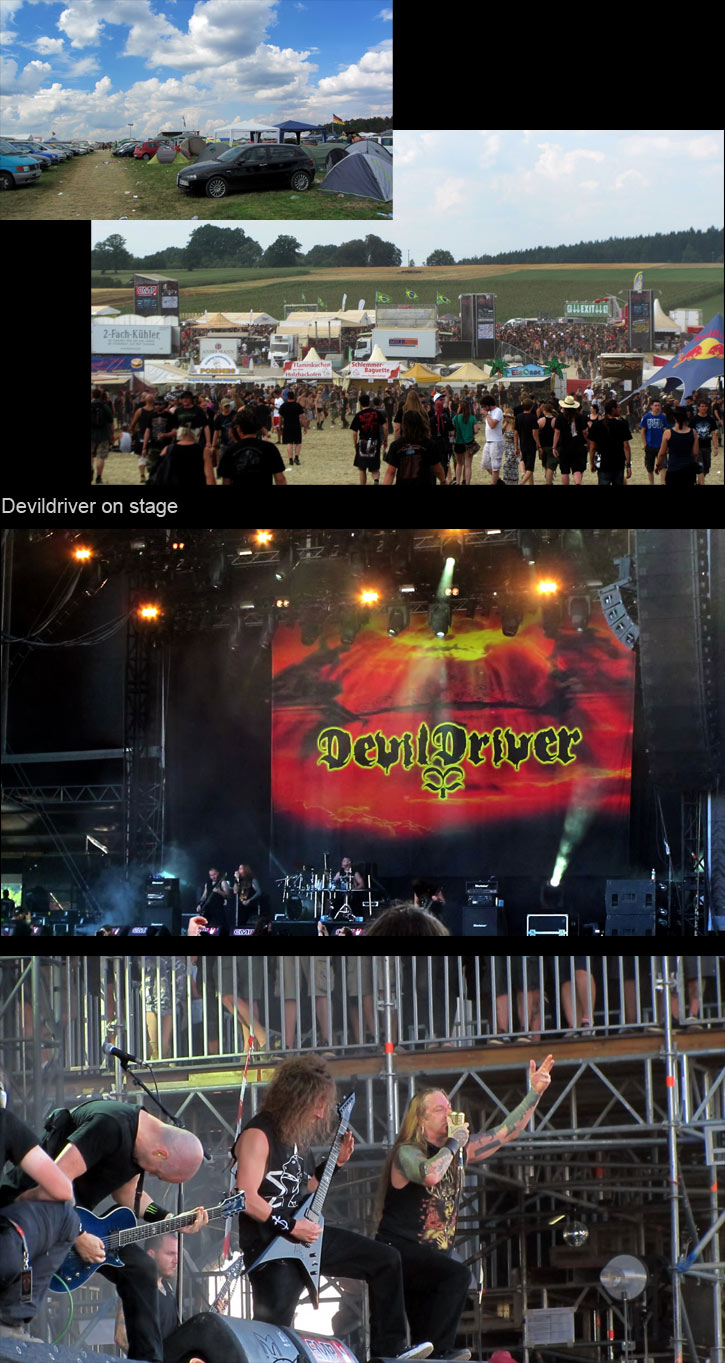 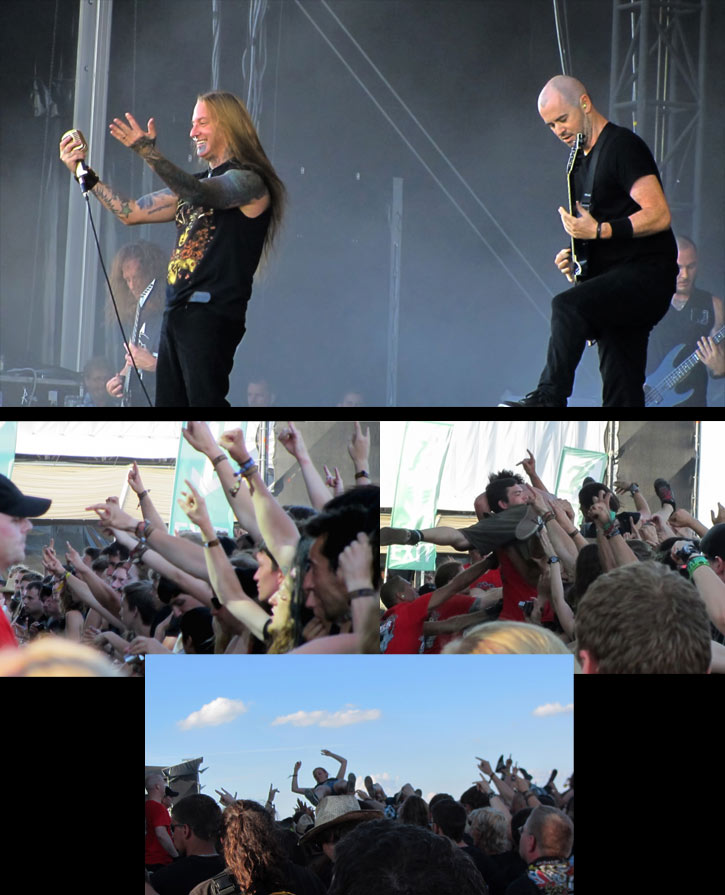 Dust continues at Ensiferum and I guess that I don’t need to mention that there was a serious party going on to their music before it went horrible lout with Hatebreed. It was great to see the band but I seriously can’t get into Hardcore. Simply not my type but they did a great show for sure and Amorphis felt like a tepid breeze after that monster of loudness. I almost got asleep with it this year. 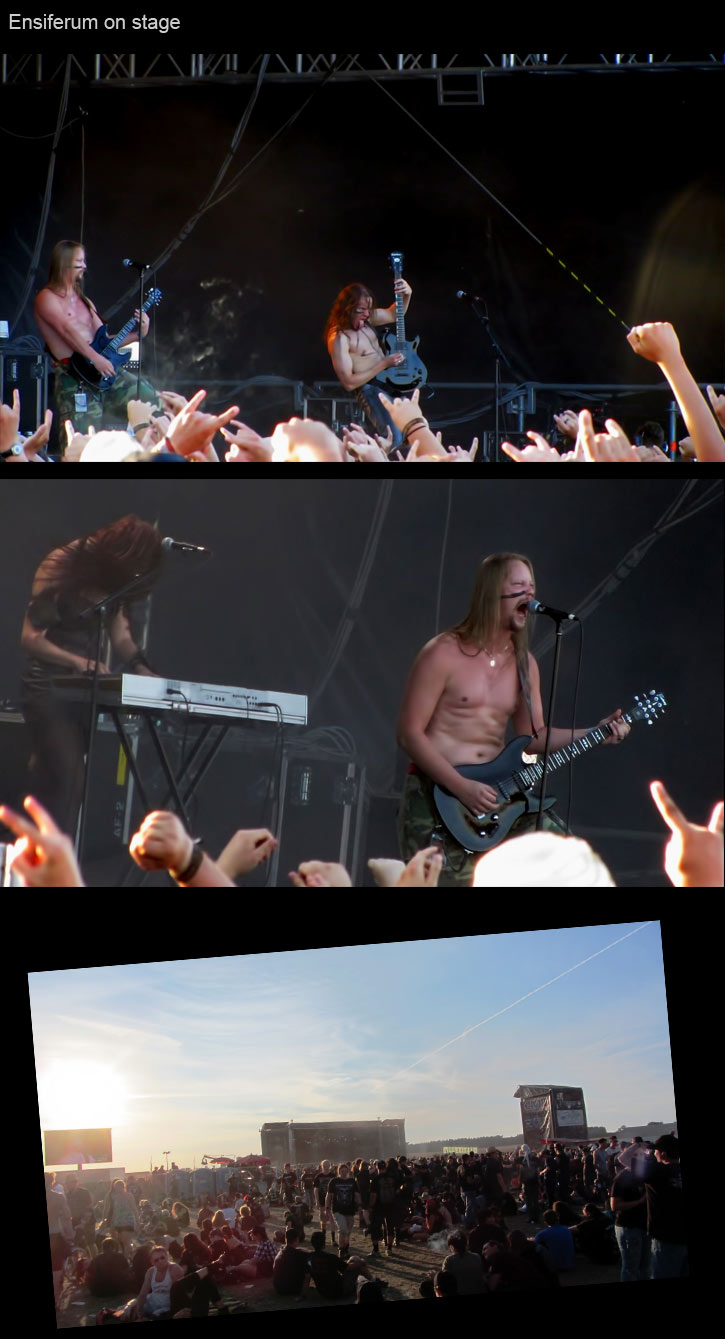 So, time for the final headliner - In Flames. Thanks to Hatebreed the sound of them felt too quiet but after changing my position I had a great sound and I mean they really had a damn great sound that fitted to the killer light-show. The whole venue was packed and the crowd celebrated the band’s greatest hits. Surprisingly In Flames even played an very old song from the 97’ -Whoracle- Album… am not sure but I think it was “The Hive”. They could make that more often for sure, hehe.

After 14 songs they ended their set with a great firework and “My Sweet Shadow” and I am already eager to next year’s Summer Breeze! Why? Well, …so far confirmed: Heaven Shall Burn, Children Of Bodom, Behemoth, WIntersun, Hypocrisy and Arch Enemy… For me already a hell of a lineup! Thanks for reading and see you next year maybe! Cheers - Kai 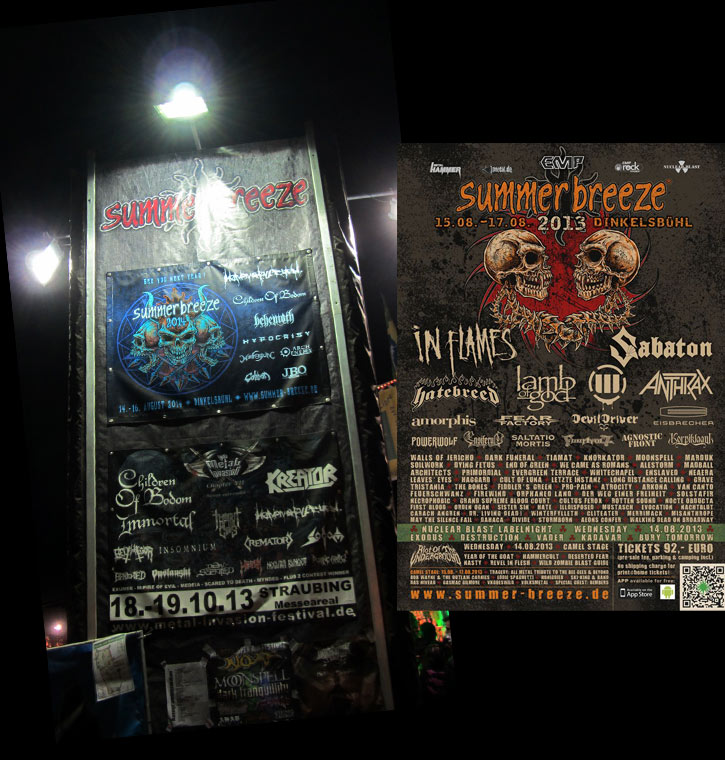