Meadows End – Be prepare for the upcoming video release from Sojourn

Have you ever checked any videos from Meadows End's upcoming new album - Sojourn?

Currently, they are making an experimental challenge and keep posting a new song via YouTube channel every month in the run-up to the album release. Next song will be out on the end of this month. Be prepare and don't forget to check their latest full-length The Sufferwell as well. You can check my interview with the band about The Sufferwell here. Each of the songs from Sojourn was written in their early era and was reborn as re-recording. They mentioned Sojourn as conceptional album. So, I will make a new interview around its release day.

BTW, If you are living in Japan, you have a chance to get their newest T shirt. Click here to check it out.

This is my first interview with Meadows End, so I’d like you to tell us from its birth. When did you start the band?

- Meadows End started out in 1999, based on the foundations of an earlier band of Jan and Mats. But then work and studies got in the way, so the band was low priority for some years. Never paused though. We kept on writing material and recording demos and EP's during this period of time, changing members and it evolved to the strong line-up we have today.

What does the band name “Meadows End” represent?

- Insecurity, the unknown. Beyond those golden fields of joy, where shadows lurk. What lies at the meadow's end? But mostly, we thought it sounded good and rolls easy on the tongue. :) 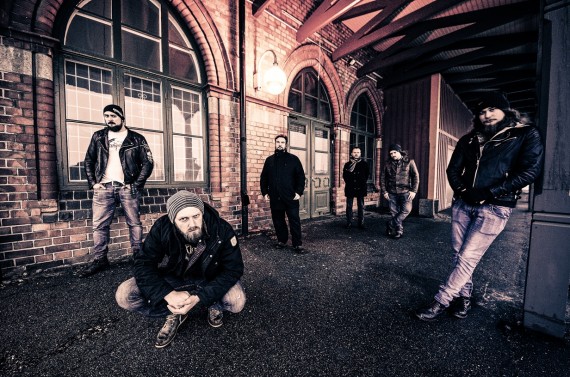 All of your releases so far are 2 full-length: “Ode to Quietus” and “The Sufferwell”, right? Could you introduce us those titles as discography?

- Ode to Quietus was our first full length album, self- released in 2010. We'd been sending demos to record labels for years with little and no response. We finally felt “Fuck it, we'll record, mix, master and everything ourselves!”, and so we did. The recording took forever and the mixing process was delayed due to various reasons, so when the album was finally released we were kind of fed up with it. But it contains lots of awesome songs and the one song that really struck home with people was My Demon.

So after OtQ was released we took a breather and then started writing songs for The Sufferwell. 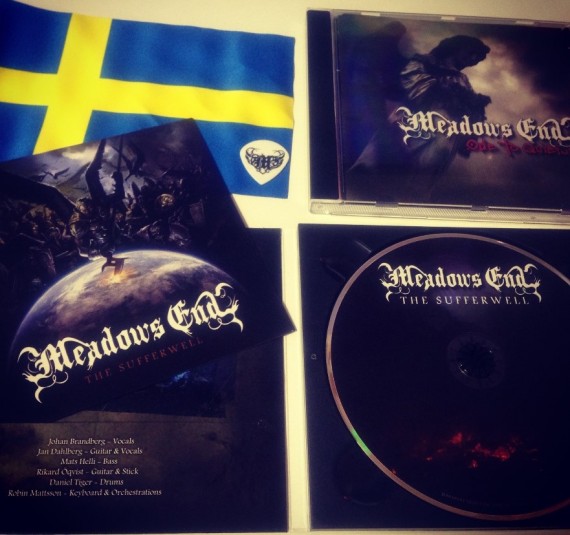 However both of those 2 albums are fabulous, I feel “The Sufferwell” sounds much more upgrading and professional with the great sound production. I guess you put more huge energies and efforts for the new album, didn’t you? How was the recording process?

- We tuned down to get a heavier and darker feeling to the album. The song writing took a long time but the recording was really smooth. We recorded the drums in our reahearsing place and the vocals in a studio, Studio Rex. Everything else was recorded at home to save time.

Actually, we'd learned so much from making OtQ that we went into the recording a lot more prepared, so the recording didn't demand huge efforts really.Then Oscar at Crehate Studios took our material and delivered an awesome sounding production!

Jan (Guitar & Vocals) is the main songwriter of the band, right? Did you write “The Sufferwell” with any conceptional theme?

- Jan writes the guitar riffs and the foundations of the songs, indeed. Johan writes most of the vocals, even though both Jan and Mats loves to pitch in and write as well. The Sufferwell isn't a concept album, but it does focus on pretty dark themes. For example there are songs that reflect upon the double edged blade that is religion (Insurrection, Reap, Hung in Gallows by dawn), there are songs about mental illness (Ur Askan, Devilspeed Loathekill, Funeral of a porcelain doll). Then we've got this song about lust for money (Kings of Greed) and some beasty songs (Trench of souls, This coming nightfall, Masses Flee) that focus on various themes like plague and war. And finally our half time breather (Under a Canopy of stars) about a kids guardian angel.

There are massive orchestrations and choirs in the album as mellifluous sprinkles, or rather, as pillar, and I love them. How did you manage all those huge parts?

- Robin is such a talented musician and when we rehearse songs he often plays the most key instrument at any given time in a song. That way, the rest of us really hasn't got any idea of how the song will sound on the album. He records at home with various VST's and gradually builds the orchestration, section by section and sometimes instrument by instrument. It's the most time consuming part of our recording process, but on the other hand it's what makes our music so special. The combination of heavy drums, gritty guitars, growly bass, Johans growls and then Robins splendour on top of that. :)

So, could you give track-by-track explanation / hint for listeners of the album? Especially I’m curious about “Ur Askan” because it’s not written in English...

Kings Of Greed – is about commerse. Money is more important than everything.

Trench Of Souls – is mainly about the horror of war

Devilspeed Loathekill – death wish, but his own or the voices in his head?

Reap – payback for the holy wars and inquisitions

This Coming Nightfall – zombies!!! They rise at night you know. ;)

Funeral Of A Porcelain Doll – what makes sick people tick?

Masses Flee – the rise of evil and how powerless we are

Insurrection – about how the church has become rich beyond wealth, but to what price?

“Kings Of Greed” and “This Coming Nightfall” are my current favorites from the album. How about you guys?

- Rikard and Mats loves Ur Askan, but the rest of the band agrees on Kings of Greed.

Who did manage the brilliant artwork? 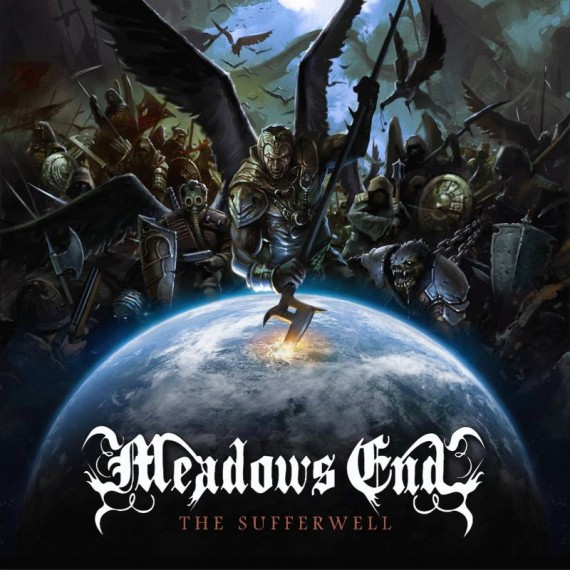 Did you have an opportunity for a bunch of shows after released the album so far?
- Not really. The curser about being a melodic death metal band in Sweden is, there are TONS of competition and it's really hard to get gigs.

Have you ever felt it’s difficult to stay as unique band in the huge melodic death metal country? How is the underground metal scene in Sweden?

- Packed to the brim. There's too many mdm-bands to be frank. It's really hard to make a name for yourself in this genre in Sweden. We feel though that our approach with lots of symphonic material combined with growls gives us an edge.

Well, we, Japanese metalheads love Swedish melodic death metal so much. Are you interested in Japan as a music market?

- We sure are! Japan is a very interesting country and we swedes in general really like Japan. We're similar in that both countries are very polite and we've got similar weather conditions. As a band, we would absolutely love to someday stand on stage in Japan and give you guys good and intense shows!

I found out you guys are working on new materials already. Could you tell us your upcoming plan? What is your next goal?

- Most currently, we're re-recording some older songs that we released as demos and EP's. But actually these songs are connected as a concept album and we felt that now when good production is guaranteed, we wanted to breathe life into this saga again so that more people get to hear it in good quality.

After that, we'll start rehearsing new material and head into the studio again. And somewhere in all this we'll head out on a small tour in a European country and maybe do a few gigs in another Nordic country as well.

So we've got a lot to do next year, and we love it!

Could you leave a message to Japanese metal fans?

- We would love it if you spread the word about us in Japan and make it possible for us to come on over, meet up with you and give you a hell of a show!

Get your copy of "Sufferwell" on MEADOWS END Official Online Store! 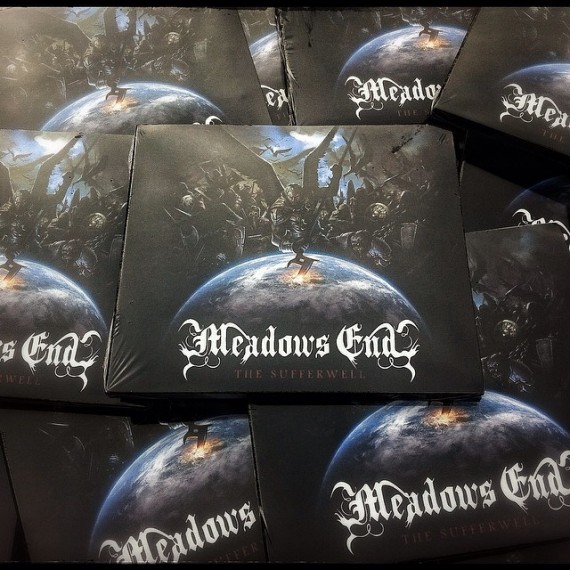