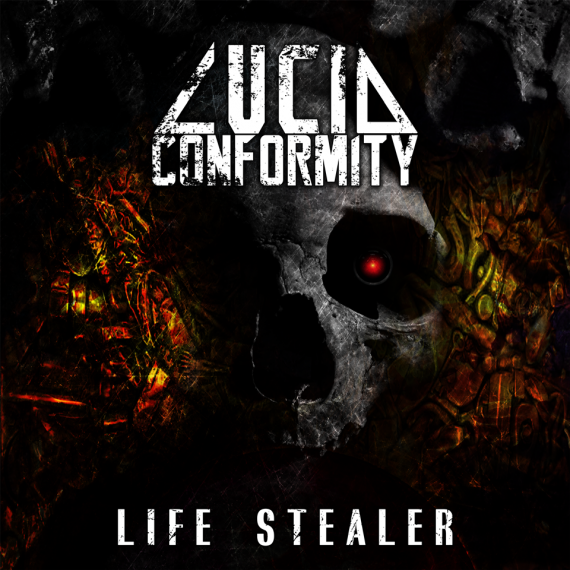 After a couple of years in the making, Nottinghams newly formed Melodic Death Metal machine, Lucid Conformity unleash their first round of ammunition! Releasing their premiere of the track entitled 'LIFE STEALER'. This track is taken from the upcoming debut album 'Architects of Madness' which will be available to download/stream as of May 1st!

"We have been writing this album on an off over the last couple of years and now we have decided to finally bring this machine off of the ground and get the gears rolling. 'Life Stealer' has been chosen as our first single release from the album because we believe it portrays the outright heavy assault that you should expect from the record." - Says Frontman Dale.

LUCID CONFORMITY started originally as a studio project in 2017, formed by Dale Linsdell ex-Merciless Terror & Tom Clarke ex-Insidious/Akarusa Yami. Whom both combined have racked up many years of touring experience worldwide, released records globally and performed at some reputable festivals such as; Bloodstock open-air, Rocktoberfest Okinawa and Oslo's Inferno Festival.

Guitarist Tom states - "The Album 'Architects of Madness' is a love child of all things mechanically brutal in metal music! Merging styles of many influences such as Chunky tight riffage in the vein of Fear Factory/Divine Heresy/Decapitated, with melodic death-Esque sweeps and of course a generous helping of that classic Death metal battery that we love!"

Check out the official Lyric Video for 'LIFE STEALER' Here: