During the quarantine, it's hard to gather as a band to make a new music and many bands must have the similar situation these months. So, I guess it's the right timing for Josh (McMorran) to work on his solo project Forlorn World. Yes, he's back with his exciting new music!

"Umbra" has a lots of elements that I always expect from death metal - the destructive powerful sound, blast beats, super edgy riffs, technical guitar solos, thrills, densities, charismatic growls and emotional melodies. Josh's new project Forlorn World music gives me goose-bumps 24/7 through the intensive songs from the first album "Umbra". I can say that the fans of Bloodshot Dawn must be total satisfied with the album for sure cos it has BSD's thick blood, Josh's blood, but there is a disparate point against BSD's music - clean vocals! Josh managed it by himself and together with his good cleans and fascinating melodies, the album fuels your emotional sense. He is an absolutely talented musician already but I suppose his clean singing would have more strength in the future than this time cos he is a perfectionist and passionate metal artist. Of course, he is roaring as hell as well and it sounds perfect! I highly recommend Forlorn World's exciting new album "Umbra" to every death metal fan! The current situation around the world with the merciless virus is totally harsh but there are many awesome metal releases this year already. We should be thankful from the bottom of our heart for those great musicians with their amazing music cos they have been bringing huge hope to our daily life. They are true heroes. Josh's new project Forlorn World's first album is going to be one of top albums of the year. It will be out on this October and the pre-order is available now via Bandcamp. Order the album, support his project and make yourself happy with the fantastic death metal!

Keep an eye on FORLORN WORLD!!!

1. Moving Mountains
2. The Shadowmancer
3. Before the End
4. March into Void
5. Traveller
6. Pillars of Eternity
7. Umbra 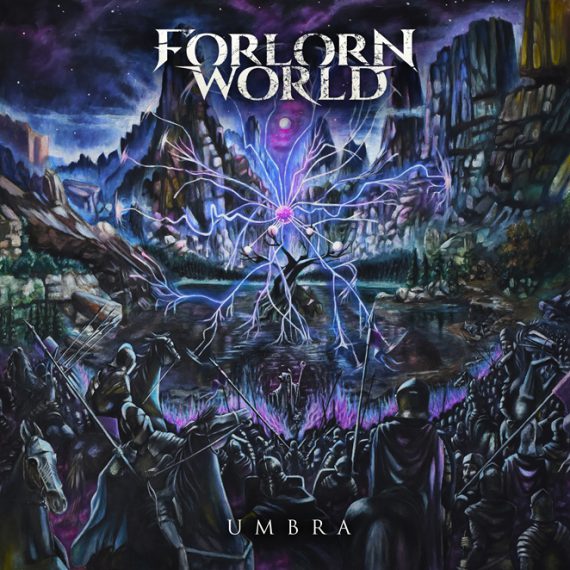