Actually, it’s really hard to choose one song for the teaser coz every song in the album rocks and I believe you could not judge any bands with only one song. Anyway I decided to go with the album title tune “Surreal World”, you could hear/see and could imagine what they drew in their musical canvas. Okay check it out!

If you want to listen to the song with more greater sound, click the link below and play the audio file "Surreal world" - ZeroDegree 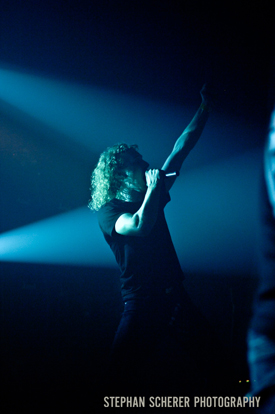 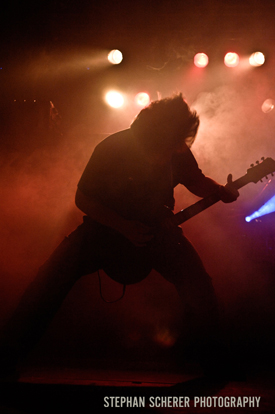 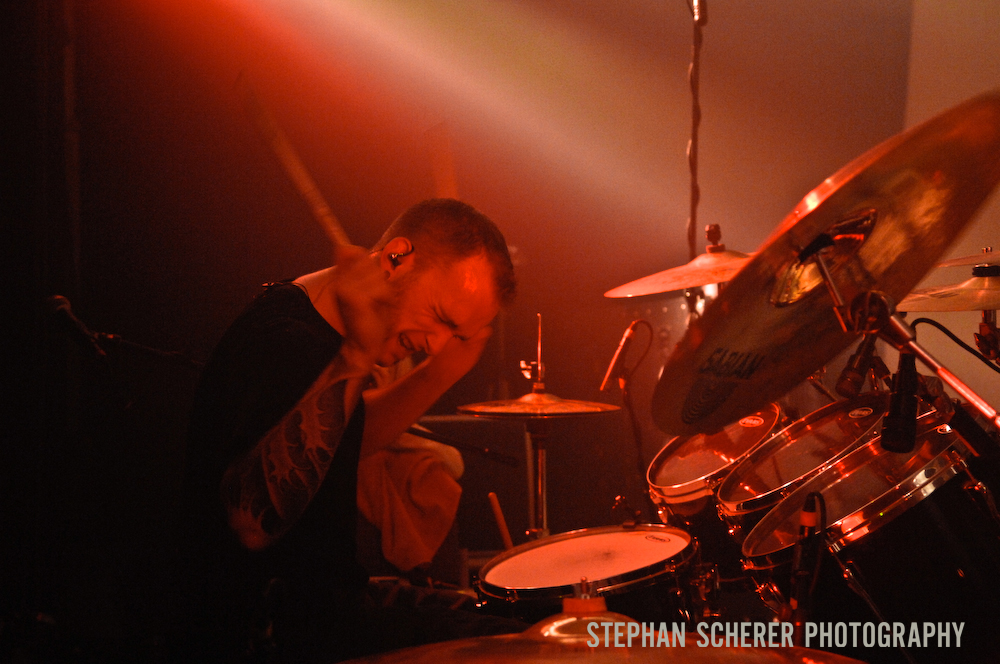 Sebastian: Surreal World is the title track of our debut album. The song was developed in the later writing process. After our singer Thomas gave us the final lyrics we thought that it perfectly outlines the whole album and gives it a concept. I have to say that every time we discuss the meanings of lyrics there are many possible interpretations and Thomas doesn’t reveal his intentions anyway. We think that this makes it more interesting for the listener because he has to make his own opinion about it. 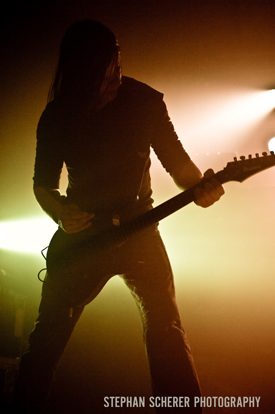 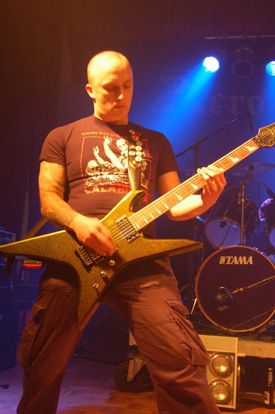 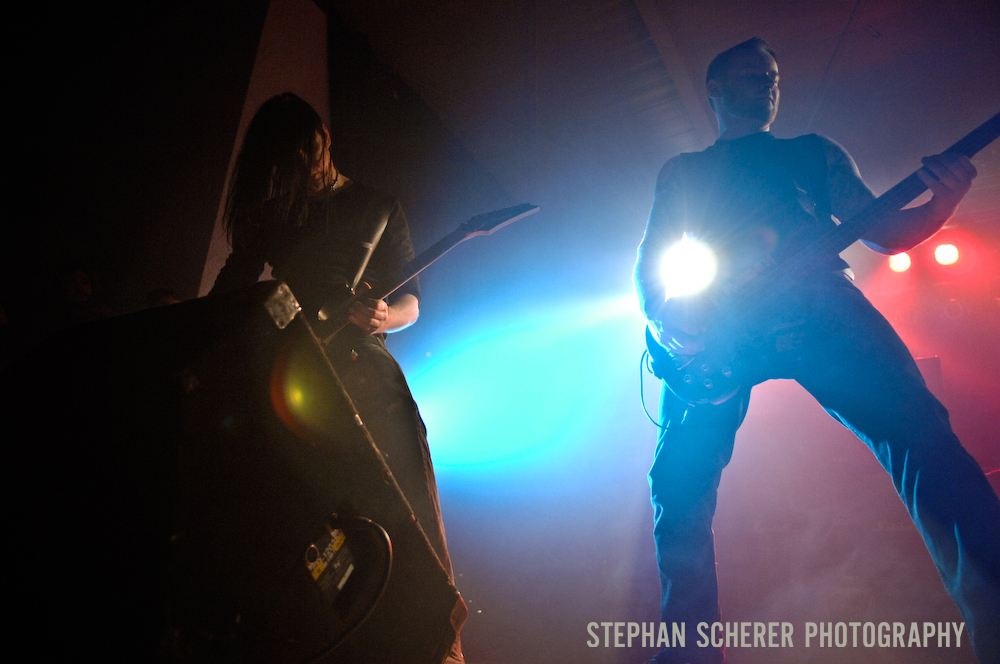 Sebastian: So I can only give you a hint: It deals with the topic that modern society is influenced by many things, especially the media. People know about the power of these platforms, no matter if it is print, TV or social networks. They use it to create a truth which might be right for themselves but not for other people. Reality merges with fiction which leads to the point that people are losing self-control without realizing it. 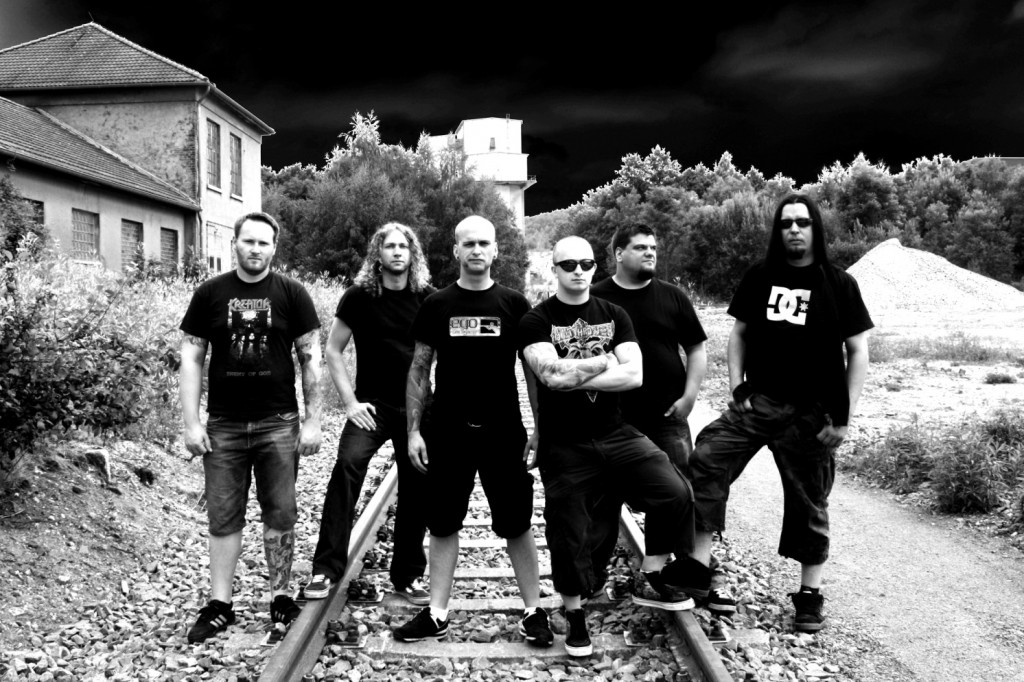 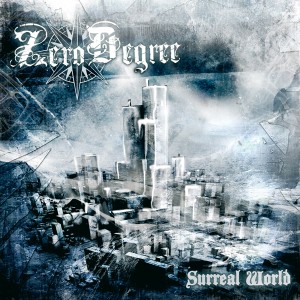 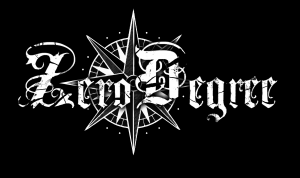 I had an interview with Sebastian from the melodic death metal band Zero Degree. They released the great first full-length album “Surreal World” last year, and I asked him about the band, their upcoming activity and their near future for the next album.

Q1. I knew Zero Degree this year and the album "Surreal World" is my latest favorite but you guys recorded it on 2009 - 2010, right? Could you introduce the album?

Sebastian: Hey Kumi! Yes, the album was recorded between October 2009 and April 2010. It is our debut album which contains songs from our early beginnings to the point when the recording started. We recorded at our own studio, which explains the long production period. We had the time to do everything right. After one year of the album release, we are still happy with it and the people liked “Surreal World” as well. It definitely opened up new perspectives to Zero Degree’s future! 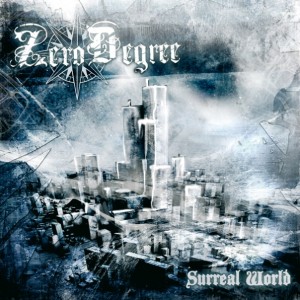 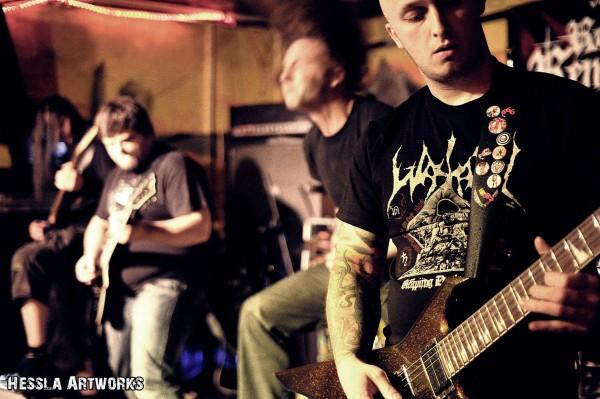 Q2. When did you started Zero Degree? Who is the founder of the band?
I would love to know about each member.

Sebastian: The founding of the band in its final lineup goes back to the year 2006 but the formation of the whole concept behind the band took place maybe two years before. At that point, Pascal and Thomas were playing in a really successful Misfits-cover-band called “138”. “Successful” in terms of playing a bunch of shows. People said that they were much better than the original band at that time. And they did a really great job with all that kind of horror stuff. But Pascal wanted to build up a new band playing their own stuff. And he really liked melodic death metal so he began to write songs for his project. After some lineup changes the band became what it is today. 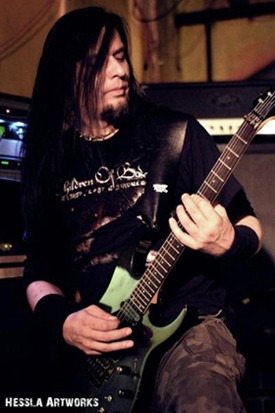 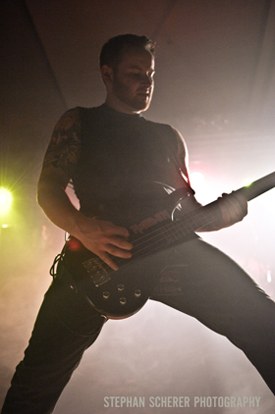 Sebastian: The other band members were active in different bands before and while doing Zero Degree. Maik did some death metal projects. André was active as a guitarist in a metalcore and a thrash metal band before joining Zero Degree. Tobias played guitar and drums for the band “Maroon” and he did the legendary South American tour with them. I only played in a small band which consisted of me and my best friends from school.

Q3. "Surreal World" is totally great album with full of killer tunes! Do you have any plans for recording new stuff or so in the near future? 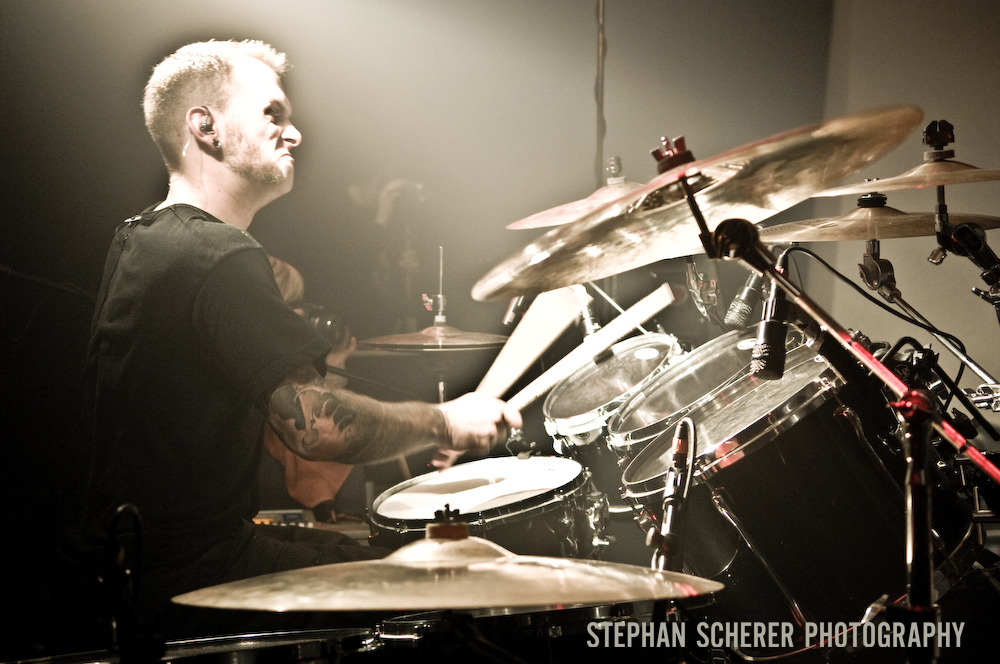 Sebastian: Yeah, we definitely try to put out a new album next year! The writing process is doing great so far and everyone is keen on playing new stuff, maybe at the next shows. But we are a democratic and very picky band when it comes to the writing of new material, so we will see how many ideas are going to survive. 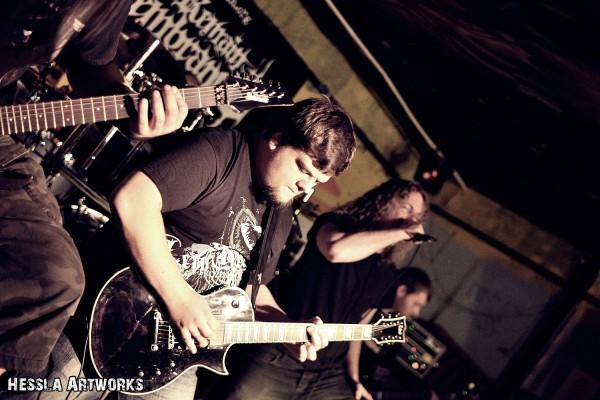 Q4. Could you tell me about your upcoming activity? Any gigs you play in the rest of 2011?

Sebastian: Zero Degree signed a record deal with a great company which will release “Surreal World” all over the globe. The name of it hopefully will be announced within the next few weeks. We are going to prepare the band for the next level. There is a lot of bureaucracy and things to manage, but we try our best.
Hopefully, we will be playing some gigs soon. Primarily, Zero Degree is a live band, that is the thing we want to do and everybody enjoys. Lately, keeping the band going was really tough without playing any gigs. But we will be back hitting the stage! 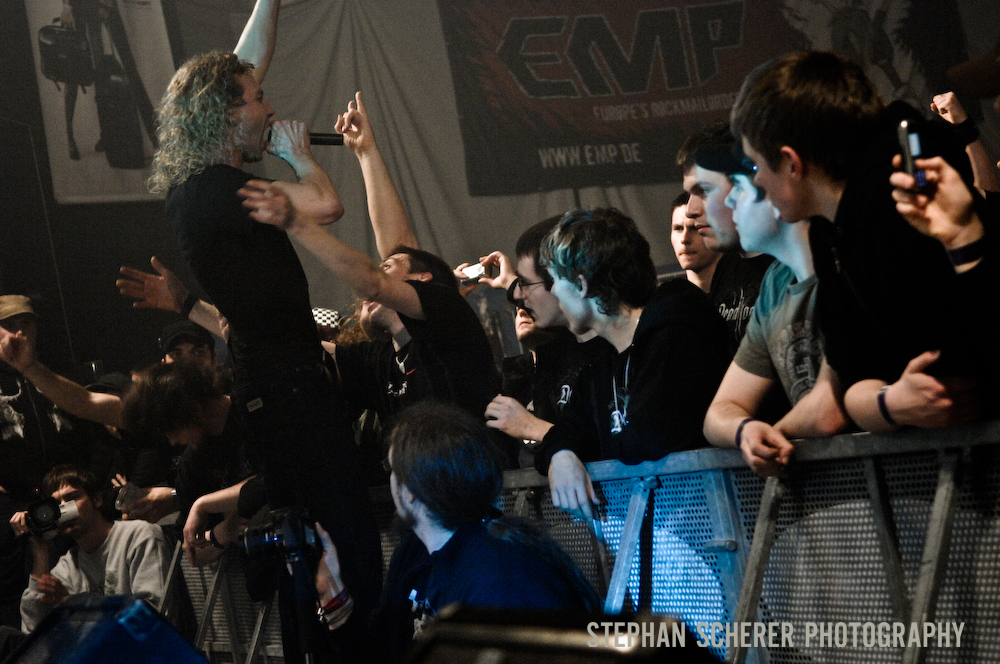 Q5. Do you have any messages to Japanese metalheads? 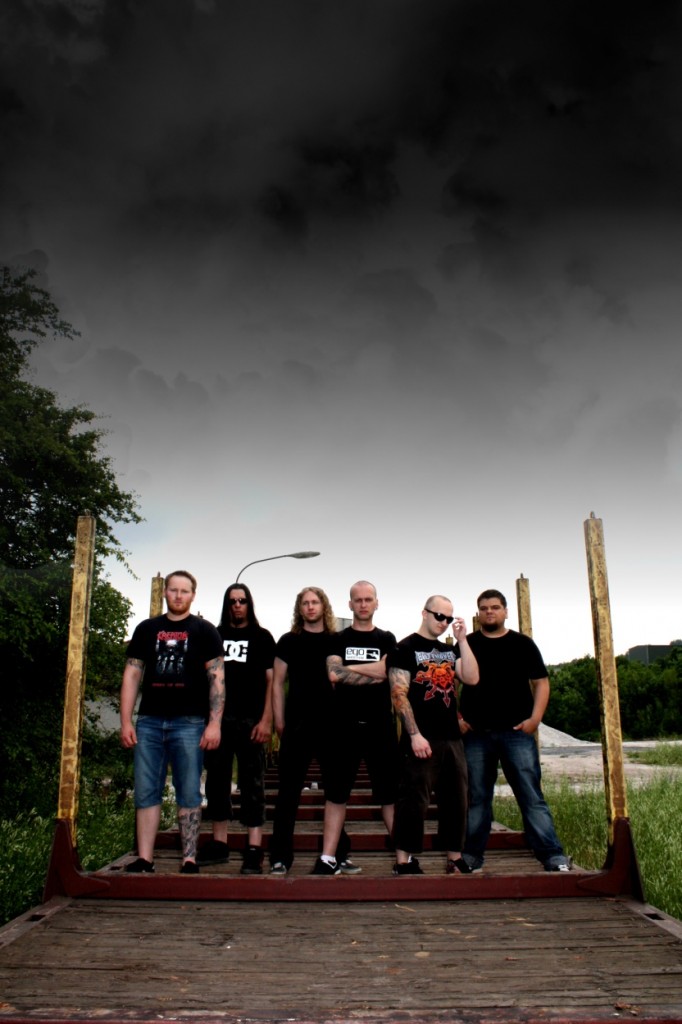 Sebastian: Thanks to all the Japanese metalheads for being so passionate about supporting the metal scene. You really make Japan the place to be for a metal band. Thanks for the support and the interest in our music.