Finally our long waiting time has ended. The finest Russian melodic death metal force Sunless Rise has released their first full-length “Unrevealed” after long quiet years. Guitars, drums, keyboards, basses and vocals… they are so extreme in the album and every single song is just spectacular! They drew the story of the album on a magnificent scale but it’s not like sci-fi space battle movie, it’s just like a philosophical and spiritual journey crossing between the past, present and the future. It’s about our planet earth, about creatures which lost connection with the great nature - humans. I’m absolutely excited to have an interview with the band again about the amazing concept album. And I would love to share it with all of Sunless Rise maniacs in the world. If you only lick a surface of the album, you would not touch to the true resonance of their amazing musical universe. 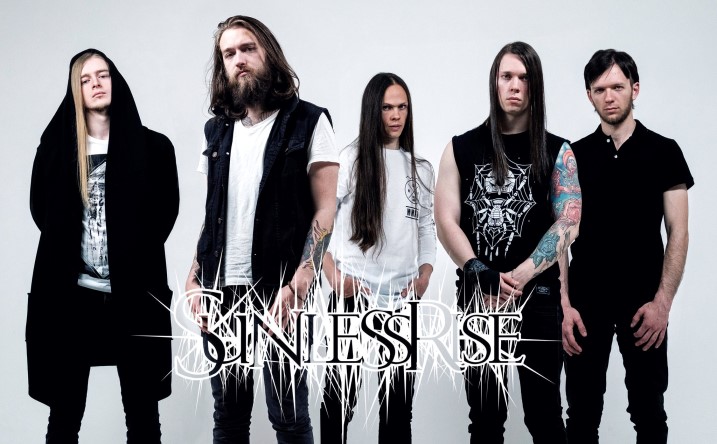 Hello again. I’m so excited with your new album “Unrevealed”! You guys have done an amazing job, congrats! As you told us in the previous interview, the prior release “Promo EP” was a preview of the new full-length, and finally we can see those fragmentary pieces as one massive story. How did you come up with the sophisticated concept?

SLR: Hello again - and big thanks for your compliments! We ourselves are glad as hell the album is finally out.

Talking about the album’s concept, or plot - the idea of it is as old as our band. A concept album based on some fiction story, with this cold and mysterious imaginary Siberia as it’s background - that was on our minds right from the start. And during this long and challenging period of the concept’s realization. The basic plot was a story of an immoral, corrupt man whose very fatal actions lead to Earth crisis, a global catastrophe. And he becomes the only one survivor - for he is taken to some kind of trans-dimensional spiritual journey and his worldview, his beliefs and values are to be tested big time!

During that period all the members of the band were heavily into studying some fascinating stuff - like alternative archaeology, stuff that opposes official human history trying to prove it’s manipulated. Also, into all kinds of myths, mythology in general, exploring legends and beliefs of our ancestry. That influenced the lyrics a lot - and made the story as it is known now.

The story of “Unrevealed” goes along with an icy and severe climate, and you set a location as “Siberia” into some lyrics. Did you configure places in the story from your local real world to another dimension?

SLR: Correct. Siberian nature surrounds us from birth - wide open spaces of primeval wilderness - and it has a huge impact of one’s personality. Actual Siberia is a natural Arc, with it’s plentiful supplies of environmental resources, fresh water, fresh air, with this enormously big territory. Actual Siberia is also a rough place. Imaginary Siberia in our story is a place of purgatory-level roughness, and it will reward the hero with an opportunity to cleanse his soul - by performing his mission and ending cycle of aeons. 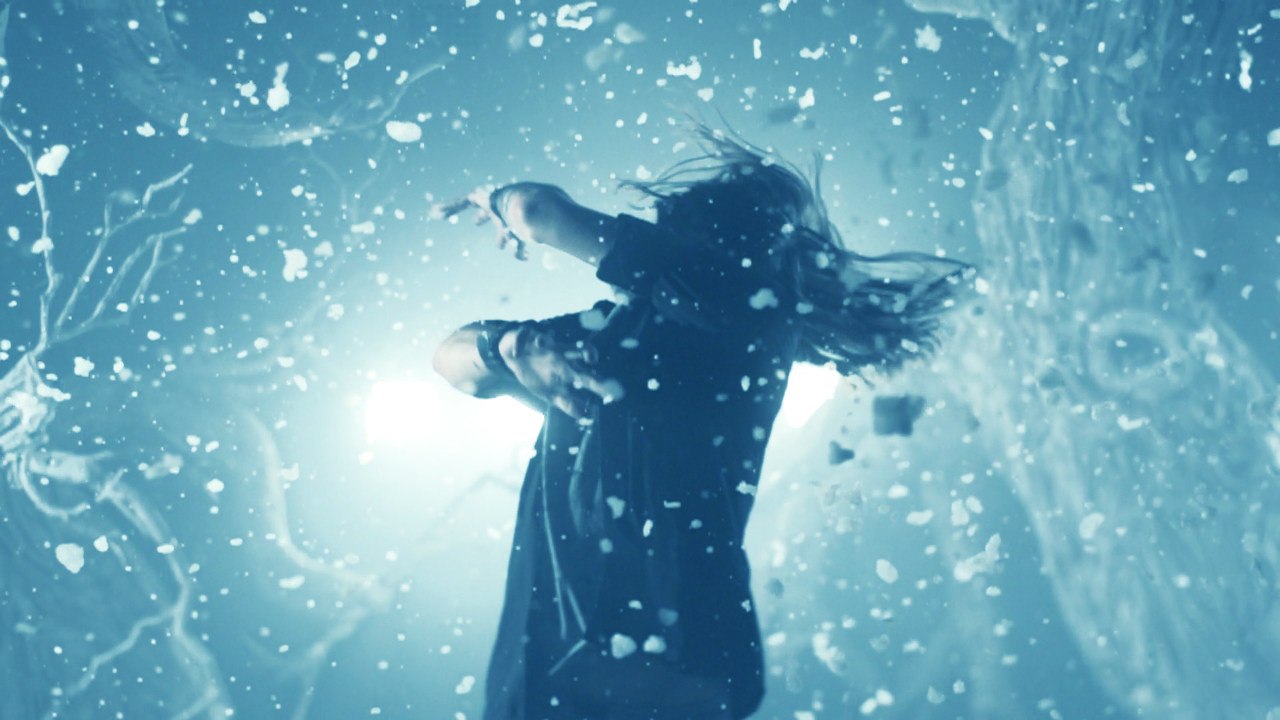 The desperate story about humanity is a reflection of your real thoughts about what is/will be happening in the world, right? Do you think there’s no hope for the human race?

SLR: With mode of existence as wasteful as current our civilization surely won’t live for long. 100-200 years max - talking about natural supplies. We also are constantly clashing with planet’s biosphere and it makes catastrophes unavoidable. You can’t reach harmony if you don’t keep your balance - valid for human, valid for planet. Why killing our kind like we do when humanity could try to live for thousands and million years without system crashes. No, we don’t think that humanity is doomed, humans can be amazingly die-hard. This current fashion of unrestrained consumerism - that’s what is definitely doomed. It leads to what disaster movies are made about. And some music albums as well, you know.

SLR: The “working title” for that fourth temple was Temple Of Agony, but I guess Temple Of Depuration is even more appropriate name. The mentioned temples symbolize four eras of civilization’s development, they are described in some cultures’ myths, the four of them. And according to most of the ancient calendars this era is the last, the shortest one. It is described as an era of total moral decay that will end in total purification. And then an era of Serenity follows.

The new song - Reborn you released as a music video right before releasing the album. It made me surprised because there are no growls, no blasts but it's still brilliant. And I found all of the songs in the album sync perfect between its tunes and lyrics. Did you finish basic composition of the songs before writing lyrics?

SLR: Very glad you enjoy this song. Recording one track with clean singing only as we made to “Reborn” was our one idea; another idea was to record a track with only harsh vocals - that’s what we’ve performed in “The Burnt And The Frozen”. And “Reborn” is supposed to give listener some rest from endless blastbeats, galloping guitars and extreme singing.

We always write music before lyrics, the opposite order would make music more trivial in our case and by our experience.

The studio set for “Reborn” looks amazing for expressing the lyrical atmosphere! Where did you film it and why did you take such a long time (about two years?) to release the video?

SLR: Theatrical scenery was rented from one of local photography studios and the video was shot with their help - about two years ago. When finally the album was ready to be released we’ve felt a lot of doubts after watching “Reborn”’s final cut. Some of us even doubted it was good enough to be published, wouldn’t it marr the whole effect in some way, there were arguments among some band members. But we’ve decided to take a risk - and it turned out that the video was received very well. 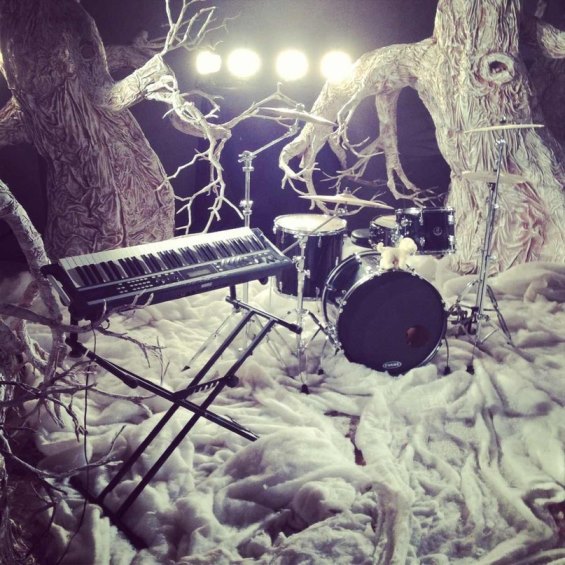 I’ve been listening to “Promo 2009” many times for ages but it merges very well with the new songs and never gets old in the new album. We even can enjoy some differences between the original recordings and the new versions. Did the environment for recordings in a studio changed better after the previous release – “Promo EP”?

SLR: Generally the studio resources became much more accessible and easy-to-use these years. Our “Promo” recording was made in a big studio that felt expensive and not very comfortable, but the atmosphere of “Unrevealed” recording sessions was absolutely relaxed - thanks to the friendly Sound Way home studios.

Like in the track 2 “Ghosts of The Past”, we can hear some effective orchestrations and I love it. How did you manage those orchestration parts in the album?

SLR: It’s a track with longest history, it was written 9 years ago by our bassist Eugeny Kasitsyn and was reworked a thousand times, and if you like it - then it was worth the labor! To be serious, the main secret of orchestration in “Ghosts Of The Past” is countless keyboard parts made by Sergey Shulzhenko - synths, orchestral parts, also some up-to-date electronic touch (the track was produced with a help of Ilya Fatal of Fail Emotions).

Sound effects are awesome as well. For example, the new version of “Awakening” has additional sound effects with breaths and heartbeats from the protagonist. It helps us to get more vivid imaginations about the story. Did you come up the idea after the prior release “Promo 2009”?

SLR: All these effects were also produced by Sergey - but first we wanted to call on some FX professionals. All in all Sergey’s talent and experience appeared to be high enough for the mission. 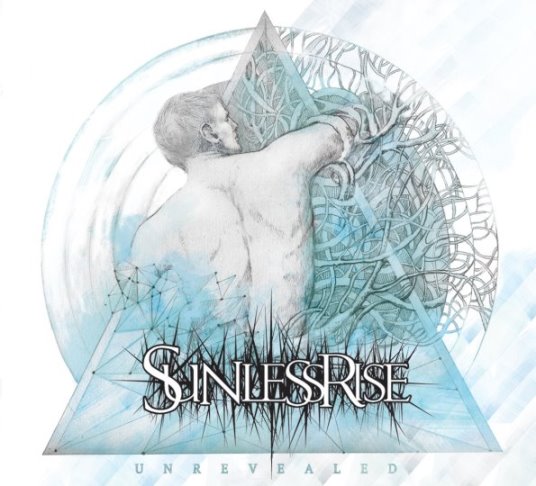 Who is responsible for the wonderful artwork design?

SLR: Our good friend and a great graphic artist Nadezhda Kopchina. First sketch was done by 2014 and then we’ve made several correction before the artwork was finished - and it’s a real drawing not digital. Nadezhda also have designed all Sunless Rise merch, our stage theatricals (like banners), our alternative logo.

As an obvious concept album, you placed various type songs in the right order and the whole music is just incredible! I really love your typical mind-blowing play style anyway. You guys are pretty technical and precise. Could you show us your main gears (guitar, effecter, drum-set, keyboard, etc…)?

SLR: Our drummer is endorsed by TRX cymbals, and he uses Axis double pedal. What else - Korg X50, ESP KH-2 guitar, Carvin LB76 bass, Line 6 UX8 sound card, Macbook Pro and some ear gear. Our specific feature is that we don’t use guitar or bass amps. Everything except for drums is plugged to and controlled by the sound card. So, the control desk receives a ready mix and everyone receives individual metronome signal.

Did you play the entire songs from “Unrevealed” at the album release show?

SLR: Yes, we’ve played the whole album, in the same track order, the live set took a bit more than one hour. We’ve also wrote and performed a new two-and-a-half minute intro - specially for the event, it’s not on the album.

Do you have any plans for shows outside of Russia in the near future?

SLR: Oh, we would love to! Would be amazing to visit different parts of our planet and show our art to ones who appreciate it.

You mentioned about a new EP in my previous interview, didn’t you? Did you hit a studio for the recording already?

SLR: We will hit studio in a couple of months, now the composing activities are taking place, and these activities are very intensive. The process of writing songs is a very demanding thing, the recording process doesn’t start before we are happy with composition.

Well, we have waited for the first-full length these past 5 years. Yeah 5 YEARS! I really hope we don't need to wait next 5 years for your second album. Do you think you will be able to work on it within a couple of years?

SLR: We’ll do our best not to delay our next releases. Our fans’ support - moral and financial - encourages us a lot. We are sincerely grateful and hoping to keep bringing you quality Metal!

Get the ultimate concept album "Unrevealed" via Sunless Rise bandcamp !!!

All about Sunless Rise on Kumi666com