Parasite Inc. – Interview about the play through video “In The Dark”

One of my beloved melodeath bands (and my most familiar support band) PARASITE INC. released their first play-through video "In The Dark" a couple of weeks ago after the big success of their very first official music video "The Pulse of the Dead". I had an interview with Kai from the band about the play-though video and their upcoming plan. He also showed me some outtake photos from the video shooting.

Hi, how’ve you been?

Kai: Pretty busy as always but fine, thanks.

Through the latest play-through video “In the Dark”, I’m pretty happy to see that you are still fully active in the scene! And, this time, you are going to show us some outtake photos and some off-topic episodes about the video, right?

Okay, first, could you tell us about the location that you filmed it?

Kai: We filmed at the bar below our rehearsal room.  The bar is well known among local musicians and the whole building is often “misused” for photo and video shoots. For example you can check out the latest music video from our colleagues of Skeleton Pit: 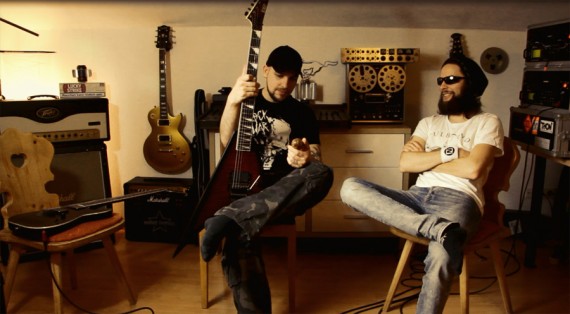 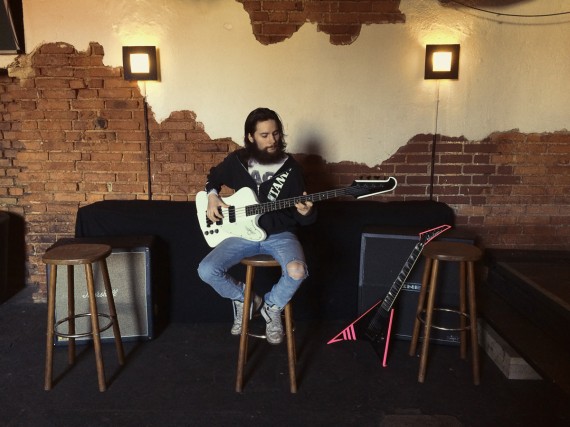 In those pics, I recognized there were two different locations. Could you give us any explanation about it?

Kai: Oh yes, we first wanted to shoot it at Stefan’s living room to have a more comfy ambience but things didn’t work out well and after we checked the (not so great) results we decided to do it again.

You guys look very relaxed in some pics. How many times did you do another take for that?

Kai: After our first try we didn’t want to do it in hurry again and took a whole day for setting up everything. Since we only had a single camera we played the song a couple of times in the main angle and later filmed it additionally from different angles – you know, just tried a few things to see what would work and what not.

Did you use any special equipment for the shooting?

Kai: Nope, we just bought 2 additional lights to get a better lighting.  We had a laptop connected to a stereo for the backing track and our ordinary gear - that was all then.

Did you feel nervous about the camera that filming up-close view of your guitar play especially the solo part?

Kai: As for me: Sure, haha.  I’m not so into being filmed. I dunno about the other guys though. 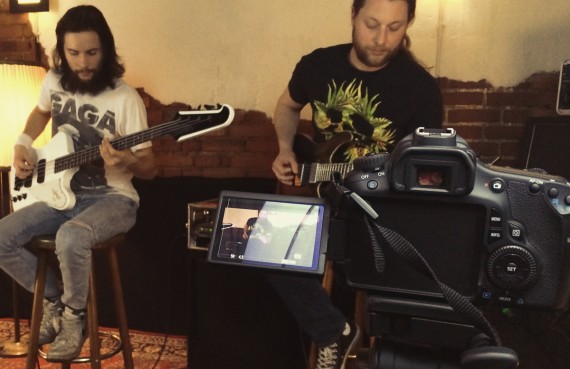 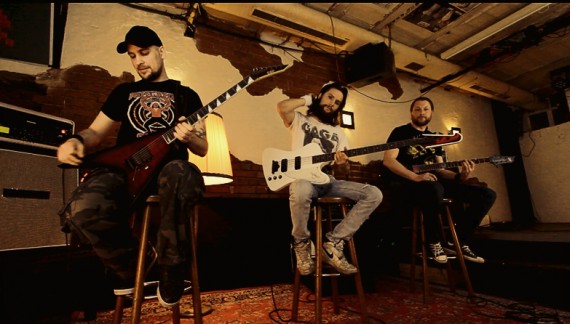 There was the former guitarist Kevin at the shooting, right? Did he join to play there?

Kai: No no. He kinda belongs to the inventory of the bar and is often there and I only took some pictures of him for his personal purposes.

By the way, did you start writing new songs for the next album?

Kai: Yes, we are currently writing on new songs and preparing first steps for the next release.  Everything is still in an early stage so I can’t give you any further details about it yet.

Do you feel huge pressure for making another great album after the smashing success of “Time Tears Down”?

Kai: Hm, it’s so-so. I think there’s basically no feeling of pressure when it comes to the quality of new songs – we just do what we always did then. But seen by the matter of “time” there is surely some pressure because the challenge is to write the next album in a much shorter period of time. Anyway, at the end of the day it’s all about the song and we’d never compromise a song over time.

Will you plan to release the new album next year?

Kai: We can’t be more concrete about that yet but yes that’s the plan.

Are you excited to play in Norway next year?

Kai: Of course, we’re totally super excited to do that!

Could you tell us your upcoming live schedule?

Kai: Next we’re going to have a show in Regensburg on 10th July and the day after we’re going to play the only festival show this summer at the Sunstorm festival.  There will be some more shows later that year but we mainly keep it rather quiet and just focus on the next release. (Btw: This time we won’t promise to be faster than Wintersun with the release, haha).

I’ve just remembered the saying “Once bitten, twice shy” somehow, hahaha. Seriously I’m happy to hear that you already started writing new songs for a new album. Thanks a lot for your time for this interview!

Get your ticket for Sun Storm Fest 2015 at PARASITE INC. Bandcamp 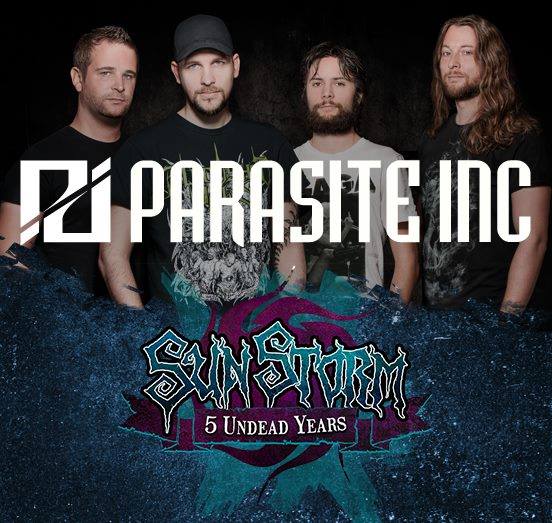