As an indie extreme metal supporter who carries the banner for anti-music-industry, the new project “New Wave of German Metal” by indie/unsigned bands seem absolutely interesting. In addition, I’m familiar with most of bands in the project, what a coincidence. So I felt the necessity for the interview with the team immediately and here is the results.

Most of the bands in the project belong to indie record labels, right?What’s happening with the underground metal scene in Germany from the aspect of music industry?

Kai: As you can imagine the German underground is not a small one, so there may be a lot of different opinions of the development between the underground and music industry. However it’s a fact that the music industry is changing and the old structures are not working well anymore. Due to decreasing sales, labels for example seem to rely more on their established bands and hesitate to promote and educate younger bands or even don’t sign them anymore. Maybe it’s all a -back to the roots- development where bands and fans need to be more active together again.

What was the trigger to start the project?

Kai: Originally the idea started forming in Swabia and Bielefeld where Bleeding Red, Soulbound and Parasite Inc. contemplated how the situation for newcomer bands could be improved and they presented a few of their ideas to some of their friends in other bands which were developed further from there. We think it is time for some new blood in Metal-Germany – And the bands of the NWOGM are all very passionate and enthusiastic.

What does the project mean exactly?

Jan: The “New Wave” is a noncommercial coalition of eleven bands from the German-speaking area who want to bundle their combined efforts and thereby support each other. The project is a medium-dated one and we worked out our different goals within our community.

I noticed the bands in the project based in different localities, right? How could you bring them together for the project?

Kai: That’s right. Since we’re all active live-bands and playing concerts across Germany, some of the bands have already been in contact before. We coordinate all activities by our Facebook group. Actually there were some more bands we asked to join, but they didn’t reply or were simply not interested.

Could you introduce us about the current lineup of the project?

Jan: There are bands from almost every corner of Germany and one band from Switzerland.

Arcturon from Basel have been around for nearly ten years. These guys lay everything in ashes with their Melodic Death Metal.

All Will Know play Melodic Death Metal as well albeit in a more modern way and influenced by Scandinavian groups. We've been around since the end of 2010 and originate from the Rhine-Main-area.

Bleeding Red from Spraitbach create their very own extreme sound with their melding of everything the heavy music scene has to offer. They have been around since 2006.

Bloodspot play Thrash Death Metal which eats itself right into your brain. They have also been around since 2006 and are one of two Hessian NWOGM bands.

Burden Of Life from Regensburg exist since 2003. If you like your Melodic Death Metal enriched with progressive and classical elements, be sure to risk an ear.

Legacy Of Vydar play Epic Death Metal and are from Cologne. They started in 2007 and can look back on three releases already.

Necrotted from Abtsgmünd were founded in 2008. There is something for everyone here and they are most definitely one of the most brutal bands from the NWOGM.

Parasite Inc. do not really need an introduction. I will just recite their promotional material: „No clean vocals, no compromises.“ They are from Aalen and started out in 2007.

Soulbound from Bielefeld are always out playing their butt off and have been doing so since 2009. Alternative Metal is what they call their mixture of Swedish metal, Metalcore and Heavy Metal.

Spirit Of The Future Sun have been around since 2006. Modern Melodic Death Metal is on the menu.

The Last Hangmen play Melodic Extreme Metal, are our most eastern band, and are also a very active one. They are from Dresden and were founded in 2009.

What is the goal for New Wave of German Metal?

Jan: Of course we want to reach all the goals we have set ourselves with the “New Wave”, popularize the whole project and check out what we can achieve in general. Apart from that you got 11 bands living out the typical band craziness! ;)

Could you tell us the upcoming plan of the project?

Jan: The first manifestation of our project is for example a free CD-Sampler, which will be given away at shows from all the participatory bands, shared ads in the big print magazines, our own home- and Facebook-page, our own stage at the Out & Loud-Festival (formerly Beastival) in Geiselwind and much more which will be presented at a later time.

Essentially we want to develop a better way of collaborating and a more open information exchange among our bands as well as with promoters, press, fans, etc. Considering the aforementioned difficulties we also want to give a fresh impetus to everything and everyone that is concerned with „young German metal bands“ and encourage people to lend their ear more to their local newcomer metal groups and give them more support. 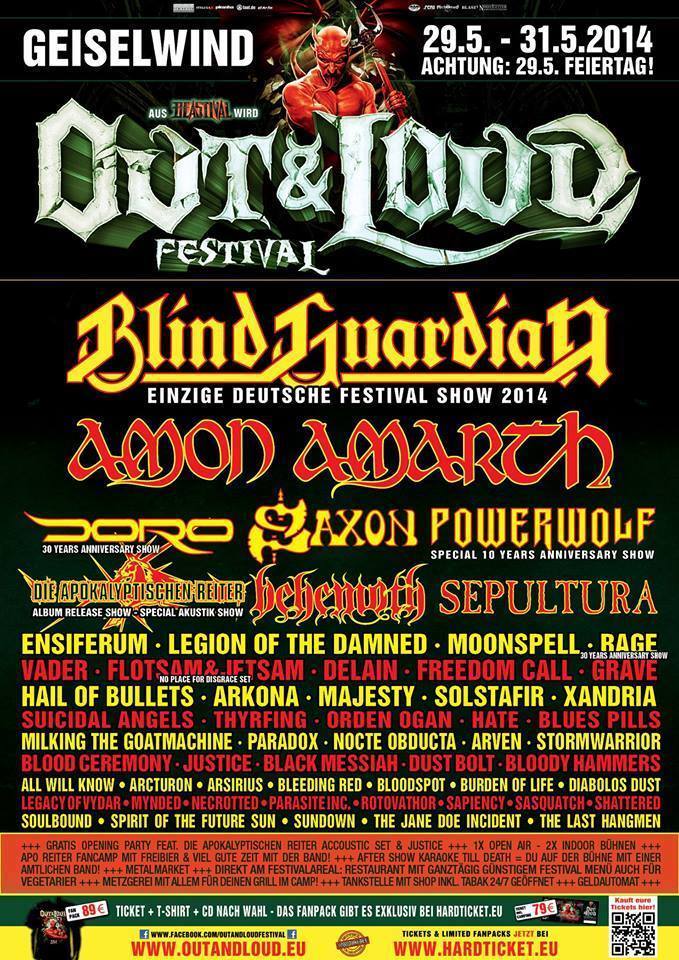