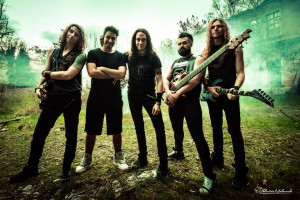 I still have no idea where I should start writing about the unforgettable evening with Trick Or Treat as my highlight of the year. That was just overwhelming with a huge fun of the show plus very nice talking with them about their brilliant music and funny cultural differences between Italy and Japan. Anyway, I'd love to tell you about their show, about their live performance and the audience at that night.

When I passed through the entrance of Palooza with the band, a Japanese support act was still playing there. I met up with a couple of my friends quickly and took up our stand in the pit when the setup for Trick Or Treat had started, but the hall was packed with the audience already and we couldn’t reach to the front row. Suddenly, the hall became dark and the people there started yelling eagerly to Trick Or Treat for their enter on stage. After the sound of rolling thunder broke the darkness, finally members of the band showed up on stage and the people became more crazy coz it was just Trick Or Treat's very first Japan Tour and all of us knew the first song of the show at that evening was Inlé (the black rabbit of death). It couldn't had been better than any other song for the opener of the show cos it’s the killer first track from their latest masterpiece “Rabbits’ Hill pt.2” and the brilliant album art was exuding its existence as a backdrop on the stage. I was singing the entire song together and was enjoying their passionate performance. I still have very special feelings for “Rabbits’ Hill pt.2”, so when Alle shouted out about the second song Cloudrider, I went hyper again… or I should say the audience went crazy for the hopeful song about Kehaar and the Watership rabbits. Such a positive song, such a brilliant band! My mind was already filled with joyful feelings at that moment. 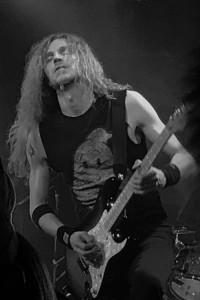 Premonition from Rabbits’ Hill pt.1 was the third song they played. Everything of the enormous adventure started with the Fiver’s vision. My mind was floated between Sandleford Warren and the show, shouted the chorus part “Escape from here…” like the in-trance Fiver. Since their second full-length Tin Soldiers was their major debuted album in Japan, Loser Song they played as the fourth song at that night made us feeling great. And I already got Trick Or Treat are such brilliant live performers with the precise and energetic playing and the amazing vocals. The whole band looked joyful on stage and it made me happy enough to be a part of the unity for a big metal party. And I know I was not singing alone. (That's cord words for all Trick-nerds, haha)

A decade of my love for Trick Or Treat paid off with the next song – Evil Needs Candy Too. How could I imagine that the time for Trick Or Treat show in Japan come true until the couple of months ago? It was just fun to sing together the evil and funny chorus part with full force. I’m totally familiar to get some pain in my neck and body via metal shows but I found out that muscles of my face started weary already cos I was smiling all the time through the show so far. All hail happy metal.

Well, the next song was the band’s playtime pt.1 – Let It Go from the Disney movie “Frozen” but a metal version. I actually had some obvious feelings from two different aspects about it. It was simply fun to see how my beloved band arranged and played the world famous hit song for a joyful metal party. On the other hand (and it’s an important thing for me), it was very first time ToT Japan Tour, so the 60 minutes of their setlist was too short for me. I wanted to hear more songs from their fabulous albums. It's not murmur to the band. I have such a strong love for their original songs and a huge excitement for the first experience of their show :)

Leone’s bass solo refreshed my complicated feelings, and then the time for rabbits is back! Alle asked to a fan in the front row to get a rabbit beret for the next song - Rabbits’ Hill. The song is one of my 3-top-fave in the pt.1 (Wrong Turn and The Tale of Rowsby Woof are the rest of them), so I went crazy and of course the whole audience as well. I was singing the song along with the band and was closing my eyes for a while to feel the Watership breeze brought by the beloved guys with their killer performance. And, Alle’s vocals were just amazing! 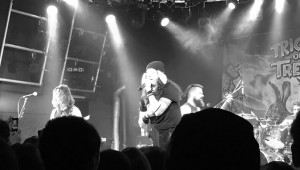 The next one was their very early time’s song - Like Donald Duck. This cartoonish song was fun to hear in their show cos the whole members looked absolutely enjoyable. I didn’t miss that Alle dropped some lines from the song actually but that’s live. You should take it pleasure that you could experience many small differences as special memories at every single show. *grin*

Cartoon out, anime in, and it was time for boys. Alle asked to the audience for help for the next song - Saint Seiya’s theme. Our applause goes to Alle for his perfect singing with whole Japanese lyrics, and I was happy to see their love for Japan stuff, woot! Nuff said.

It’s time for a prison break, time for freedom! With the following song The Great Escape, I was really blissful and was singing the song along with the band again. I love guitar solos in the song. Guido and Luca have beautiful forms each other through their great guitar performance and it made me more into their show. All hail guitar heroes. Well, I’m very familiar with overwhelming drumming (I love blast beats) since I’m a big fan of extreme metal, but Luca’s drums were good enough to satisfy me at the show. 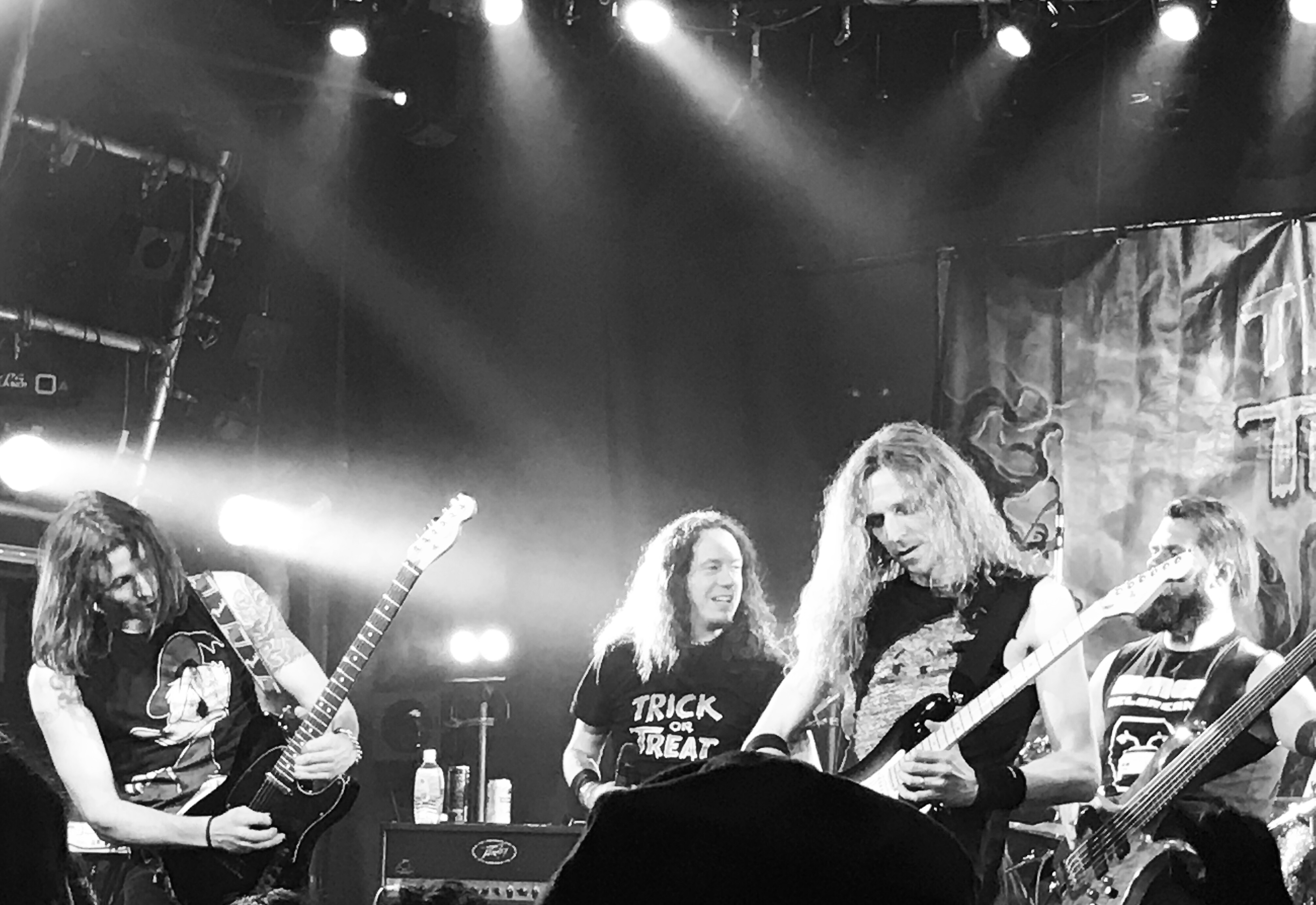 What a fancy evening. Michele Luppi from Secret Sphere joined on stage for the next song Take Your Chance. This is one of my fave in Tin Soldiers along with Freedom. It was kinda magic to be one of the witnesses for the original duet :D

Too sad to know the next song was the final song but United, hell yeah! Alle toled us Tony from Sonata Arctica was too busy to join the show tonight, so he needs to sing it alone, haha. His jokes made us smiling a lot and wiped out my gonna-miss feeling. Now we should be united for the finale of the big party. All of the audience there kept jumping with the band and was singing the epic chorus part. Trick Or Treat were Hazels and we were Bigwig, Fiver, Dandelion, Blackberry, Pipkin.... at that moment. “It’s the time for deliverance now! United we’ll be strong!”

The blissful time was over… all we could do was keep applauding and yelling to the band for the unforgettable time with their brilliant performance. That was a blast, real blast! I’ll never forget about the evening forever. 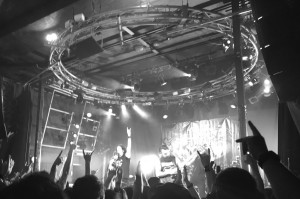 As far as I could see, there were a couple small sound problems attacked them but it could happen often at that class venues. So the blame should not go to the band, and who cares? That’s live. Spirit is the matter! Their energetic and happy performance covered all troubles at that evening!

After the show, I met up with Guido again and talked about the show, about their music and more. In our conversation, I confessed my dream to him: I’d love to see complete “Rabbits’ Hill pt1 & 2” show one day, using a big screen on the back on stage reflecting Alle’s art work and some scenes from Watership Down novel would be perfect. Adding choirs would be great too. It’s just a dream, but I don’t think it’s impossible. Like Alice says “The only way to achieve the impossible is to believe it’s possible.”

I had a real blast at that evening, got unforgettable memories from the great Italian band! I can’t thank enough to these guys: Alle, Luca(V), Leone, Luca(S) and especially to Guido. We love you! Hope to see you guys very soon.

Until the next time... May the trick be with you! 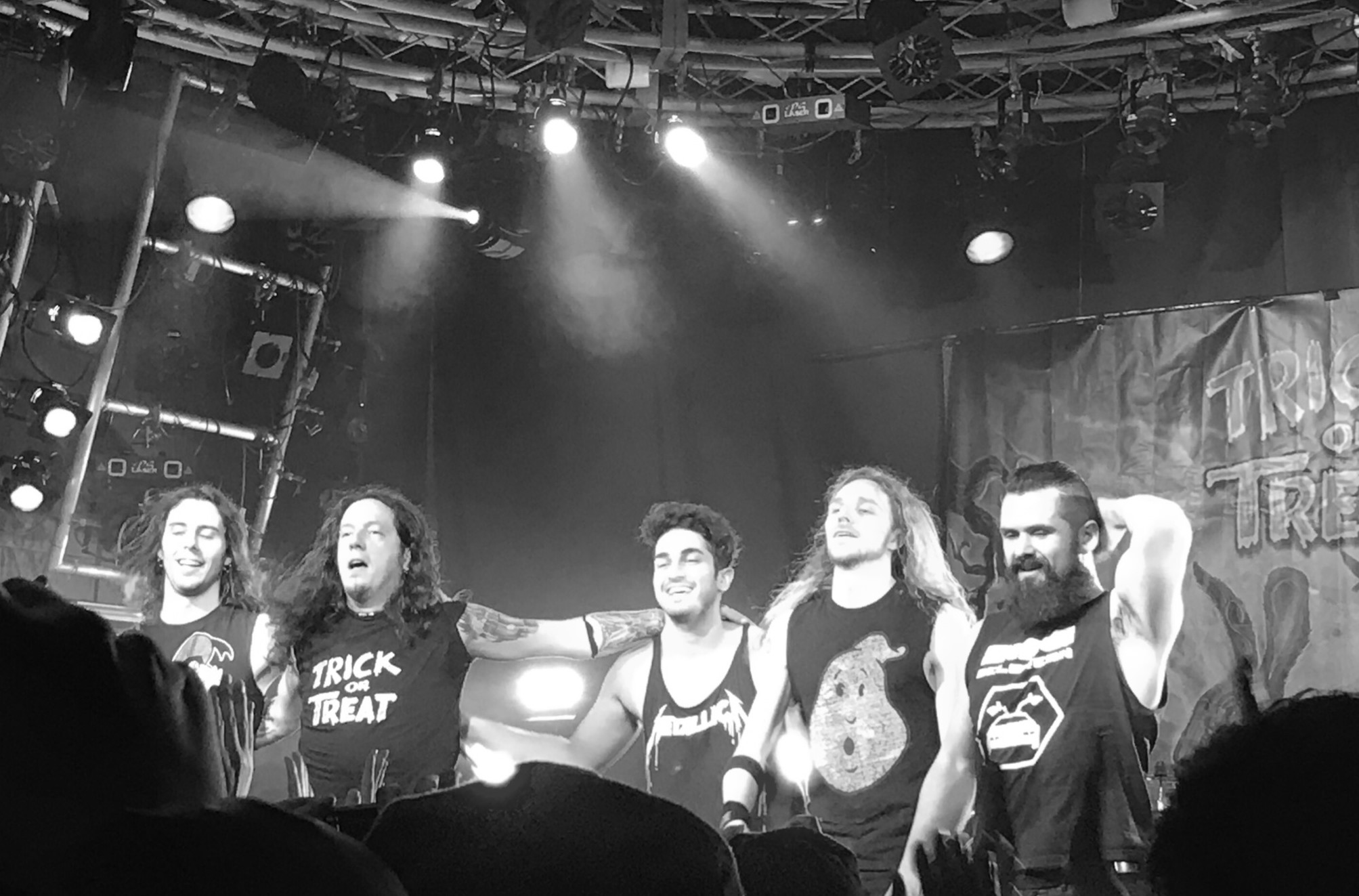 Sorry for my blur live photos. I was busy myself to enjoy the show at that time :)

I gave them those El-ahrairah trophies as "Rabbits' Hill pt.2" album of the year + Inlé.