Legacy Of Vydar at Out and Loud Fest 2014

Here’s the first review about OUT & LOUD Fest by one of my support bands LEGACY OF VYDAR. Daniel from the epic melodic death metal band told me about their show and some interesting stories of what happened behind the scenes. 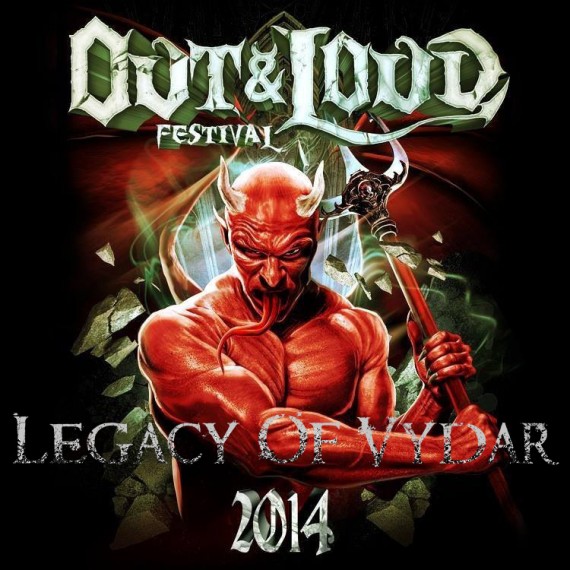 Daniel: Oh my God, the Out&Loud 2014. What should I say... it was fucking amazing, in every kind of view. I will just start with the festival itself and then talk about our Newcomer Stage and Bandcamp.

So the Festival itself was actually very good. It was small, but that was a good aspect. You were able to reach the Festival ground within 5 minutes from the Campground. All of the 3 stages were very close to each other and everywhere were possibilities for eating, drinking and listening to music. And one of the most important aspects: you didn't have to wait long for beer! haha.

And now comes the important part. So when we arrived we had to get some VIP shit and then were able to enter the festival ground with our cars. The Securities just opened the gates for us. Later one Security told us they can't let us enter the Festival ground with cars anymore because their boss got angry and they even had to tell Blind Guardian to fuck off. So they had to camp on the Parking lot with their tour bus! They refused to let the fucking headliner enter the Festival ground!!!! hahaha

As we had to play on Thursday we quickly built our tents and then went to our stage. And the stage was awesome! When I arrived at the stage the first time, Soulbound was at the end of their set. The sound was awesome and Soulbound made an awesome show. Johnny's just a show-master! The sound-check before our concert was the longest we've ever had. We had 1 hour (1 HOUR !!!!!!) for the sound-check. Usually we got a short line check and then we have to get over it haha. While preparing backstage, all the people already arrived at the stage. On every band the stage was full of people. That was because of the good organized playtimes. While a band on the Newcomer Stage was playing, the Indoor and Main Stage had a break. So all the people went over the festival ground and stopped where the music has been playing - at the newcomer stage. 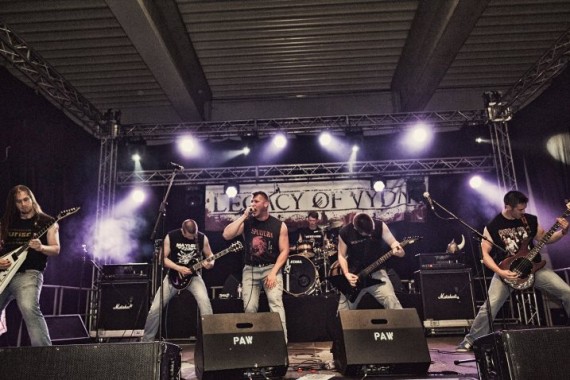 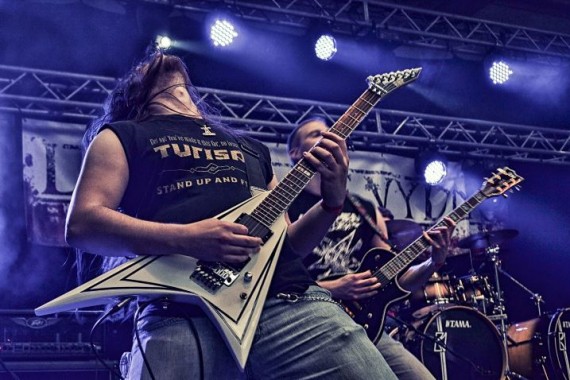 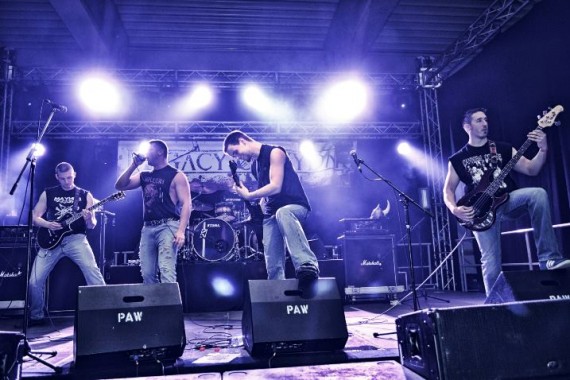 Daniel: And now I have to tell something about the crowd. The crowd was so awesome! There was no grumpy idiotic moron metalhead that had some problem with the band because of no long hair or whatever. Every single one just was there for music and having fun. And they had! You only had to raise the metalhorns and eeeeevery single one raised them too without waiting for someone to do it first. That was really awesome. 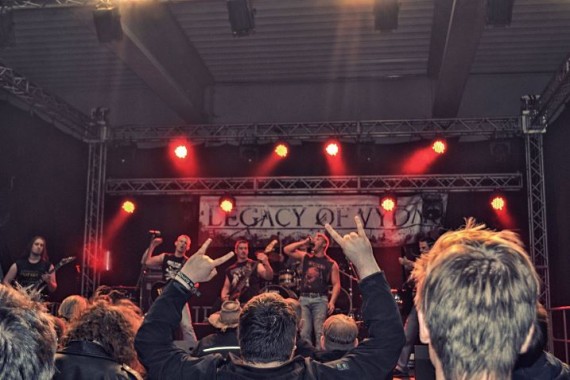 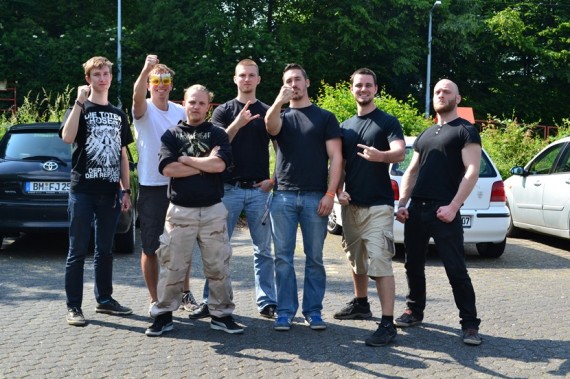 Daniel:  When we were done with the gig we had some talk with the fans, hang around with them at the merch table and then left to the camping ground. The Bandcamp was awesome. We've met a lot of the other bands and had a lot of fun with them. And Johnny had a bit too much fun haha. One night we had some beer at our place with Johnny until 4-5am. Flo woke up in the night and stood up to get something to drink. This was around 6 or 7am. And Johnny still was sitting there having some beers haha. When I woke up I've asked him if he slept at all and he said with almost gone voice "3 hours". Haha his voice was sooo damaged, on Saturday he wasn't able to talk at all. Kai from Parasite Inc. was going to get him some spray for the voice, but I don't know if it helped.

Saturday was the day with the big bands. Vader, Ensiferum, Amon Amarth, Blind Guardian. And on Sunday morning the last bands left, including us. I was really sad when I had to leave and get back into normal life. It wasn't just because we played on an awesome festival as a band with big bands like Amon Amarth. It was because I enjoyed the time with all the other bands so much. Supporting each other and raising something together makes me actually very happy. And proud. And I will give all my energy and passion to get every single one of our brothers where they belong - on the Main stage!" 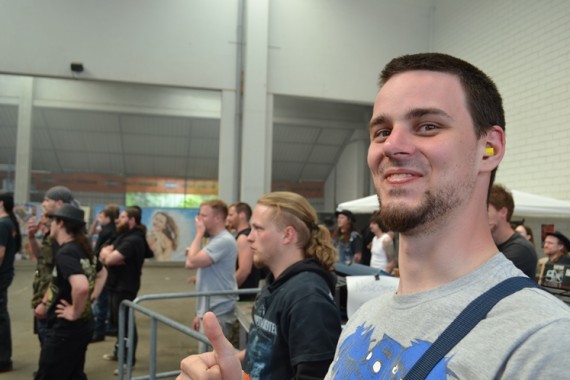 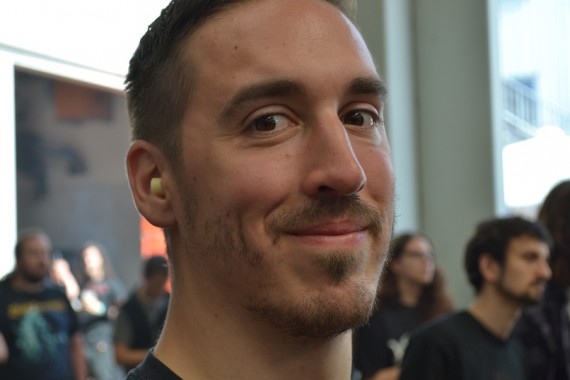 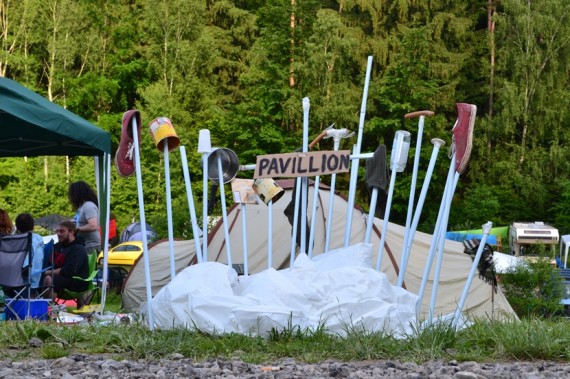 A new Legacy Of Vydar's interview will be coming up soon, stay tuned!!!

You can find some beautiful photos of Legacy Of Vydar at Out & Loud here:
Dark and Sweet Things :) 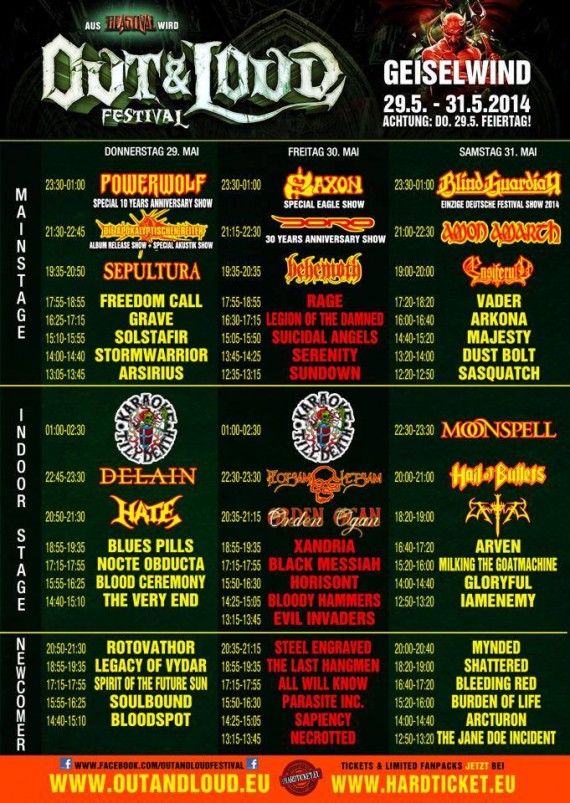