Short Interview with Parasite Inc. – Summer Breeze 2016 and the future

Hey, you guys have been quite silent these days, so I ask you about your highlights of the year so far and your upcoming activities. First of all, did you enjoy the show at Summer Breeze? How was the audience there?

Kai: Hell yeah, we did. In general the audience at Summer Breeze is always great and it was really fun to play for them. I only wish we would have had more time on stage.

Did you feel any difference between your on-stage experience at Summer Breeze 2010 for the first time and this time?

Kai: Hmm, compared to nowadays we were really not well prepared for that kind of stage - probably even for any kind of stage. There was a lot of chaos in the band and around the band at that time and chaos is truly not your friend when it comes to show preparations. I remembered that before I walked on the stage this year and it felt great to see how things have progressed. 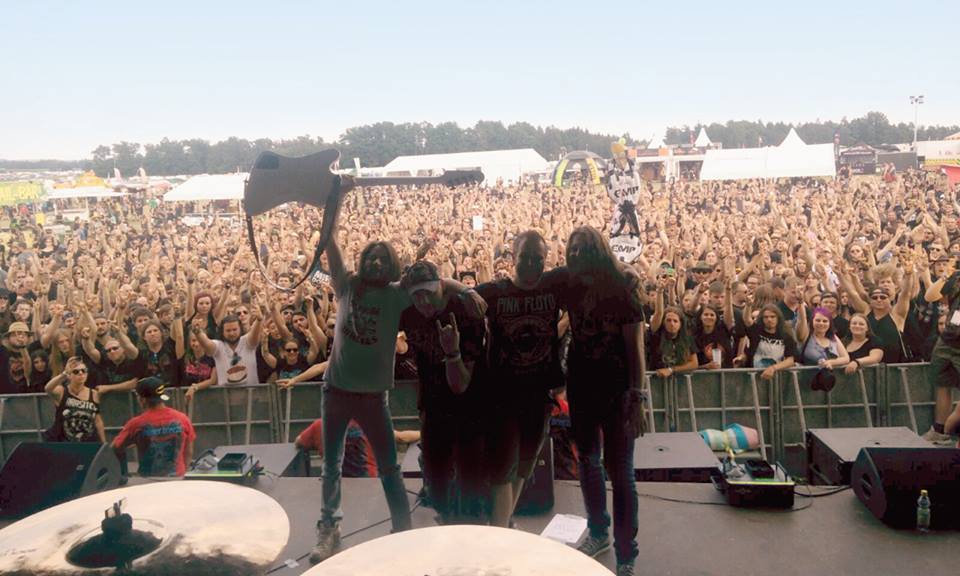 I heard you played a new song “This World” for the first time at that time. Is it true? I’m curious about the reaction you got from the people there.

Kai: True it is: “This World” is one of the new songs and we played it live there for the first time. To be honest, I didn't check for any reactions but I guess they just listened to the song?

Did you have time to enjoy the fest as a metal fan? Any favorite show?

Kai: We had some schedule this year, so we missed some bands but I think everybody in the band managed to check his favorites. My personal highlights were Lost Society, Arch Enemy and Evil Invaders.

Do you have any plan to show us “This World” within a couple of months in any way? For example: a lyrics video.

Kai: Unfortunately, there is no such plan. I mean, we are working on a video for that but it won't be released before the next album.

Well, you played in Norway this year for the first time, didn’t you? How was the trip to the land of mighty Vikings?

Kai: It was really awesome: Intense audience, great people all around and too much moonshine for me, haha. Good times!

Did the people there go crazy with your show?

Kai: Yes they did. We never had such an intense audience before. Big kudos to the people at Karmøygeddon! 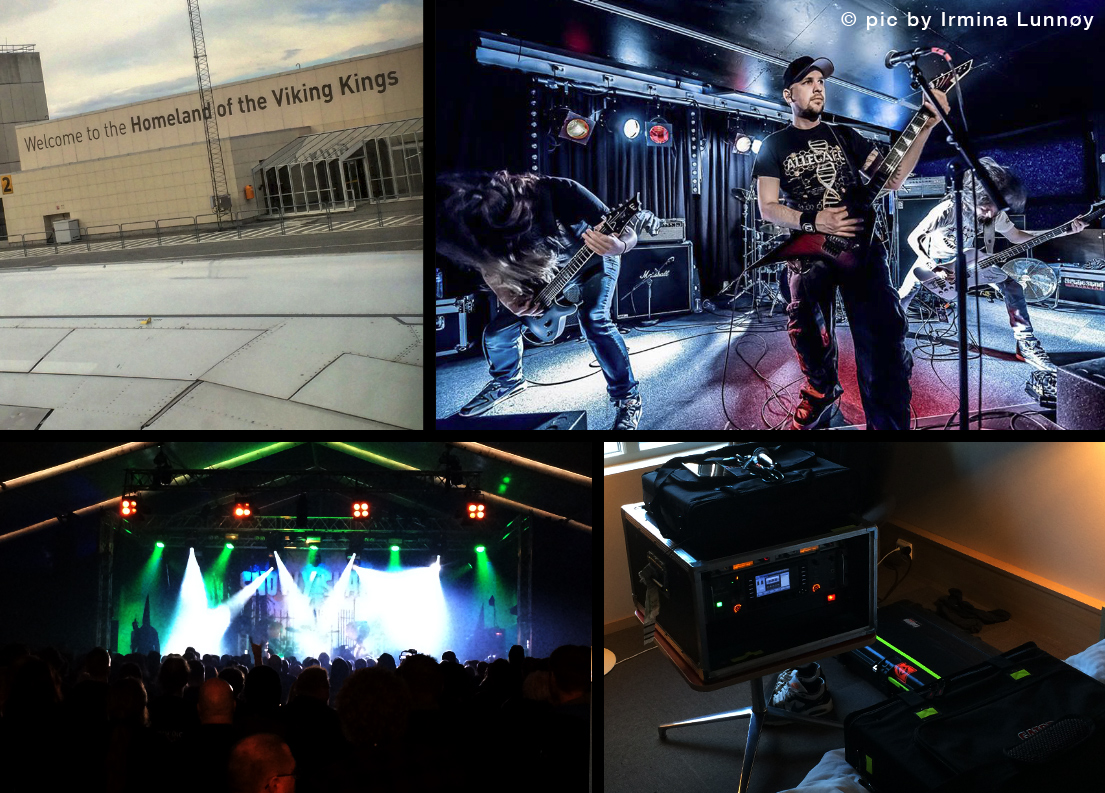 As far as I know, “Time Tears Down” is still selling well and you have passionate fans from all over the world. How are you feeling about it?

Kai: The success is still kinda surreal to us for sure and we are still often surprised what our music moves for us and for the people. At the end of the day we just feel very thankful that it is so much appreciated.

So, time flies so quickly, we are all curious about your new record. Is everything going well with the song writing process so far?

Kai: It's annoyingly slow but beside that it's going well. The songs are growing step by step and to me they sound much more focused and intense with a tighter connection between music and lyrics. I'm pretty optimistic that people who dig Time Tears Down will also dig the new material.

How long should we be waiting for your new album? Sorry, it must be a nasty question for you, haha.

Kai: Does it count when I say “It's going to be released before Wintersun's Time II”? :P

Indeed it's a pretty nasty question and I get it almost every day these days. I'm currently at a point where I've become very hesitating with any predictions about a release date. We really want to make sure that we are as happy with the new stuff as we were when we did TTD and the last thing we will do for sure is to put something out that we are not satisfied with.

Anyway, don’t you think it’s about time for making a new official music video, do you? It’s been a long time since you released “Pulse of The Dead” and the video got a big success for spreading the word about the band then.

Kai: You mean like before it's too late and we get old and crumpled? ;)

I don't think so. I even don't want to waste too much thoughts about it now. The most important thing is the music itself... everything else comes later.

Will you play at Metal Christmas, won’t you? Could you tell us about the fest?

Kai: Yes, our last show for 2016 will be at Metal Christmas in Bielefeld alongside with Nothgard, Suidakra, Soulbound and a bunch of other bands. I'm really excited for it since I've never seen some of those bands live before and it's been a while since we had the chance to see our friends in Soulbound and All Will Know.
Thanks for your TIME!

ALL ABOUT PARASITE INC. ON KUMI666COM 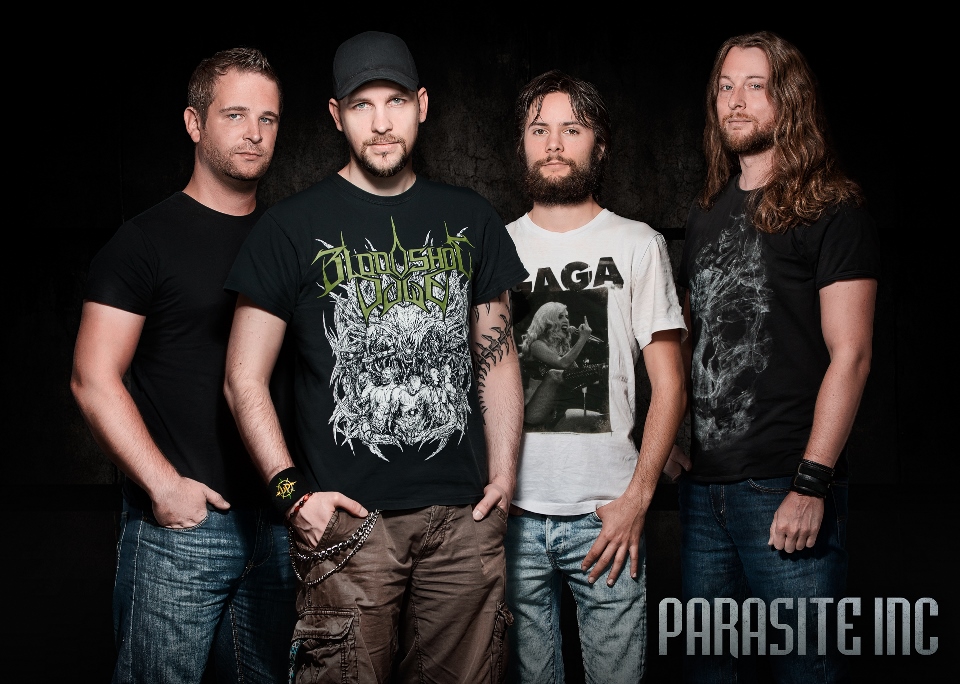 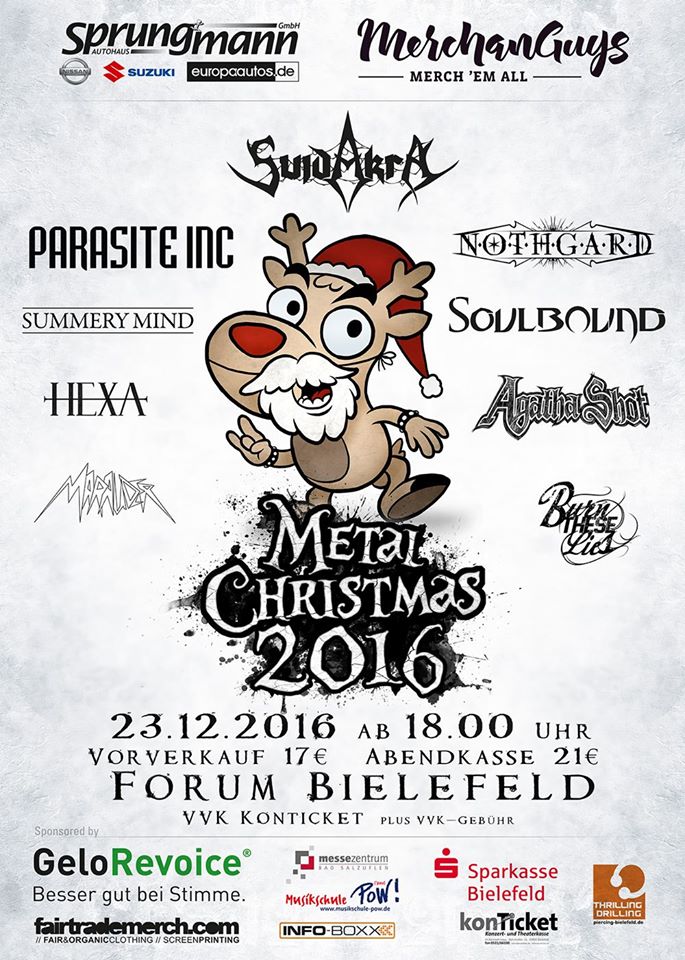