Could you introduce us your new second guitar player Dominik with his history?

Kai: Well, I’m pretty new to Dominik and don’t know him well yet.
He is a founding member of his former pop-rock band “Livid Halcyon” in which also Benni played before. The band split up in 2012 and after being apart from the music for a while he joined us now. He also loves cool beer and is a very relaxed guy and tight a player.

What happened with Kevin? Weren't there any bad feelings between the band and him?

Kai: Frankly said, we all had our downs with that situation but there are definitely no bad feelings between us basically and we are still good friends like we were before.
Kevin had and has some plans, struggles and continuous changes in his life that started to make it difficult for both of us to keep going together in the future.

The whole process started already a while back in 2013 and after he got a great opportunity at the end of last year to work outside of Germany, we had to find a solution how we could go on without losing too much time again with such problems.

Well, how was your latest show at Rock am Härtsfeldsee last weekend?

Kai: Totally amazing and another awesome experience! We were happy and thankful to welcome so many people in front of the stage and to the signing session after the show.
Only the set was planned a bit too tight: We packed the 30 minutes with songs but forgot to leave a bit time for talking. In the end we ended the set exactly after 30:00min.

How about the signing session there? Did you meet with a lot of new and old fans?

Kai: Thanks to Sepultura there were a bunch of people that missed the signing session: The promoter changed the schedule because the band wanted to see their world cup soccer game. Surprisingly a lot of people made their way to the session anyway and it was great to meet with a lot of old and new fans there! 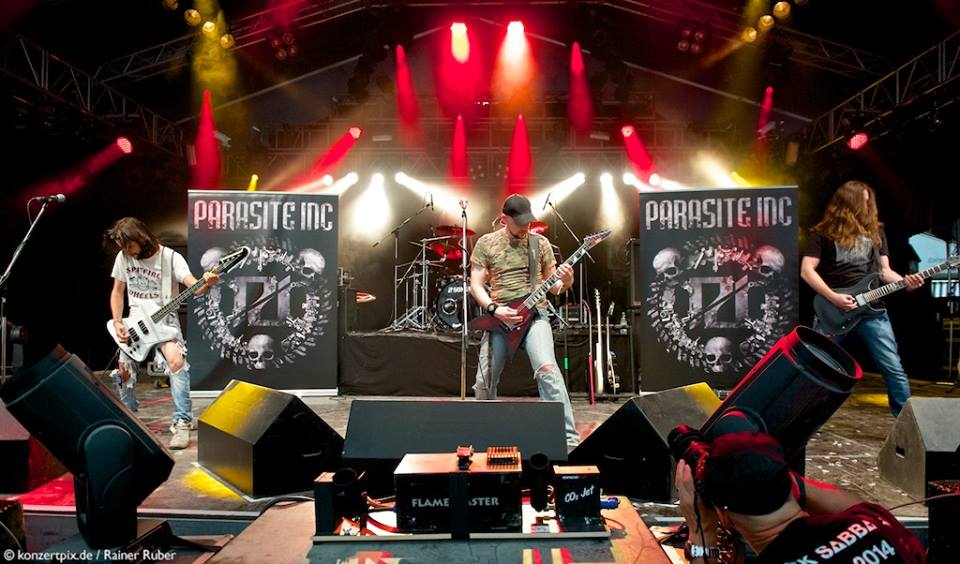 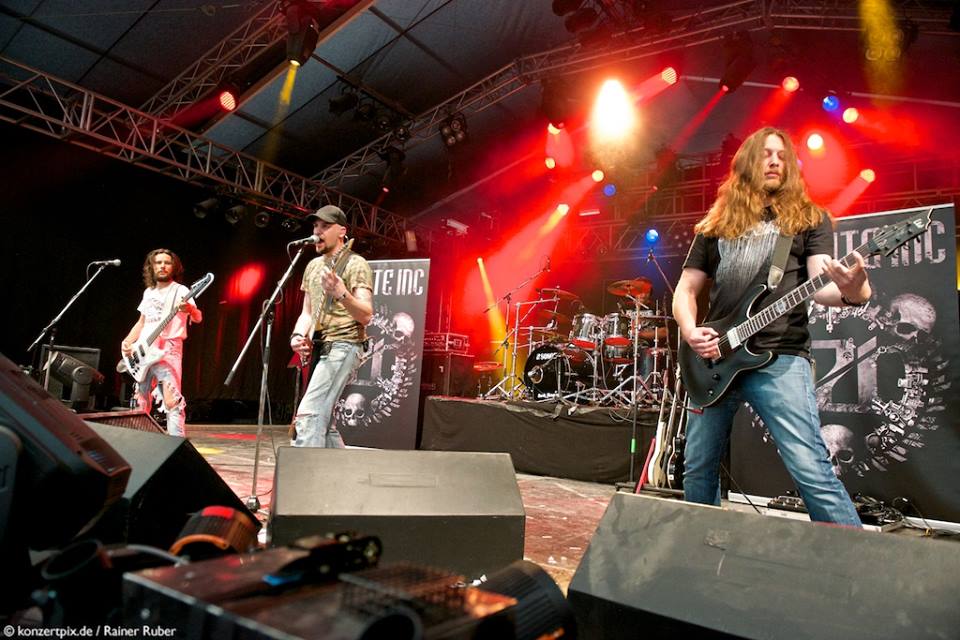 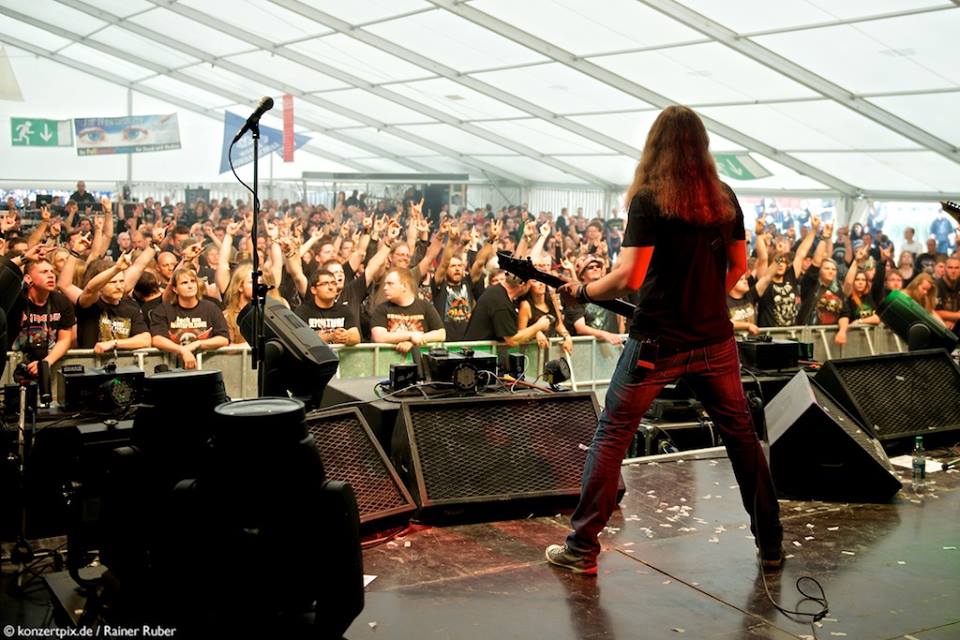 Live photos by Rainer Ruber at Konzerpix.de (You can find more photos there!)

I heard Arch Enemy did another killer show at the fest, right? Did you see them?

Kai: Yes, I watched their entire show and for me it was also the first time with their new singer. I knew the band with Angela’s voice for around 13 years now and I still miss her a bit for that but Mrs. White-Gluz is seriously a more than worthy replacement and the show was simply killer – as usual. Can’t wait to see them again on Summer Breeze!
Stefan and I also took the chance and made it somehow to a quick and humble handshake with Michael where Stefan also gave him our CD. Probably he will rather use it as a frisbee than listen to it but it felt great to give kind of something back to the band that influenced us in many ways.

By the way, you made another awesome job with the graphic design through the new merch and the stage side banners, congrats! Did you get any feedback about it at the fest?

Kai: Thank you very much! Yes, we already got some positive feedbacks from friends and fans at the fest and just added the shirts to our online shops as well.

So, where can we buy the killer new shirts?

Kai: It can be ordered via our online-shops and we also ship worldwide: 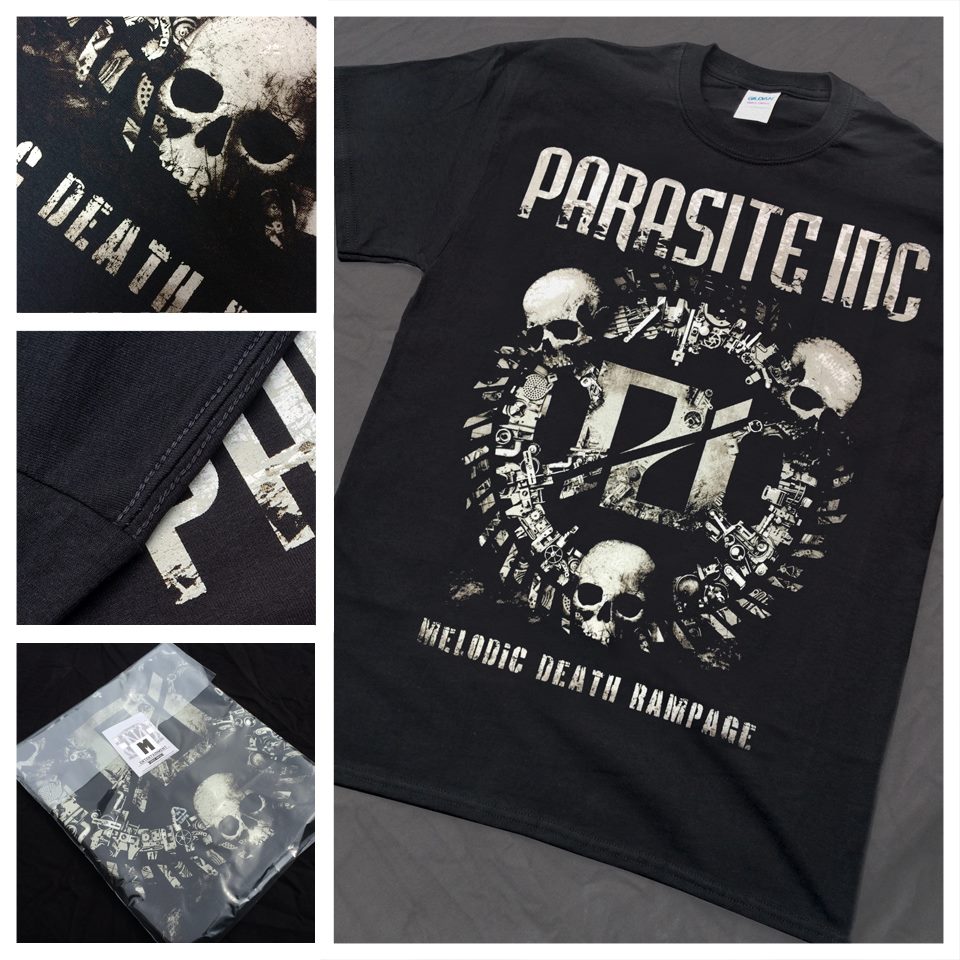