Many brilliant metal albums had been released this year and I still have a wish list for "must buy albums". However, following 15 albums I named should be my unchangeable favorites in 2014. 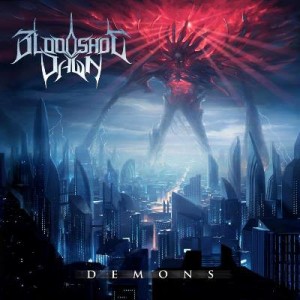 "Demons" - the second full-length by the technical melodeath band from UK is more than incredible and it's one of the perfect masterpieces among the whole extreme metal records. Blast-beats, super fast killer bass lines, technical twin lead guitars with some melting melodies, overwhelming growl vocals... Every single track in the album is just brilliant, and you would be blown away entirely from the first few seconds of the opening track "Smoke and Mirrors". "Demons" is the clear number one album in 2014. 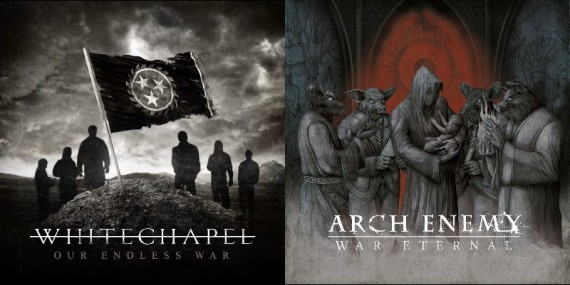 2. Whitechapel - "Our Endless War"
No matter what you think about their genre, no matter what they had been described before, I'd love to shout out "Our Endless War" is a pure fucking metal album!  To each his own, but if you have a prejudice against their music without listening to the album, you would miss a great chance to meet a kick-ass American metal seriously.

3. Arch Enemy - "War Eternal"
The strong Arch Enemy style is back. I still love Angela Gossow as best but "War Eternal" would be added to their brilliant history for sure, especially the bitter-sweet extreme song "Time is Black" made me absolutely crazy with the great harmony between ferociousness and lyricism. 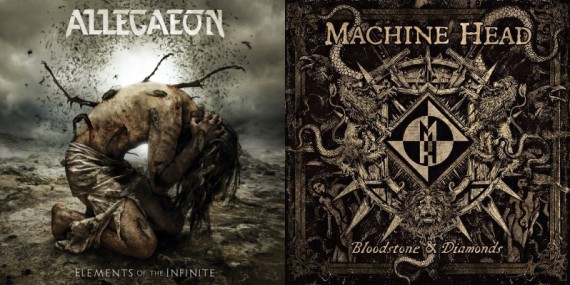 4. Allegaeon - "Elements of the Infinite"
One of my all time favorite bands Allegaeon made another awesome job with the 3rd full-length after the real masterpiece "Formshifter"(of course I don't forget about the indiegogo EP "Preaching the Machine" though). You can hear their extremely uniqueness on the album but you can also see it in their music video "1.618" which is my music video of the year 2014. It's out of this world! Honestly, I could place the album on No.2, there's no gap from 2 to 4. In addition, the metal word of the year should be "crabcore". Can't stop loving the band.

5. Machine Head - "Bloodstone & Diamonds"
The passionate mega live force never makes us disappointed! The album is packed with kick-ass metal anthems, and as always, one of their great points is you can easy to imagine their overwhelming live performance from their every single song. Kings of metal. 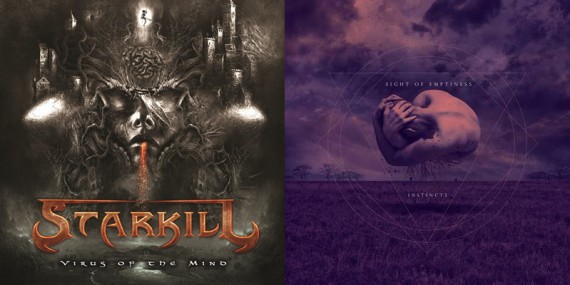 6. Starkill - "Virus of the Mind"
Their 1st album as Starkill "Fires of Life" brought a big impact with the Finnish melodic-death style and overwhelming black-metalish blasts from the Massakren era + no-clean-singing which means my favorite type. So, the second full-length "Virus of the Mind" would make you slightly confused because of some obvious clean vocals. Anyway, the awesome stuff is just awesome. The album shows you enough development through sophisticated tunes. They are the brightest new hope together with Zonaria and The Last Hangmen in the blackened melodeath genre.

7. Sight Of Emptiness "Instincts"
I shouted out "Instincts" last year as well because they released the album only in their country Costa Rica in the end of 2013 and I had a chance to listen to it entirely at that time. Finally it's out worldwide this year and it never gets old, so I decided to place it in the list. The music video "Essence" from the album would give you some hint to get into the entire album. Awesome band! 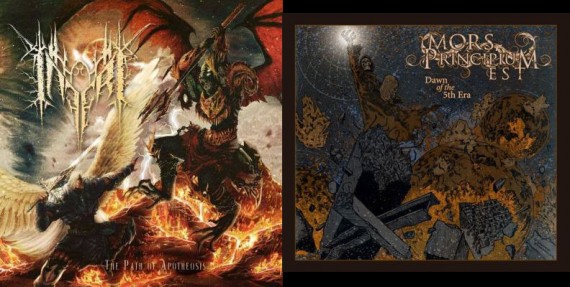 8. Inferi - "The Path of Apotheosis"
The word "overwhelmingness" belongs to the technical and symphonic death metal album. The album art, the lyrics, dense sounds..., they built up their mythical universe in the perfect way. Every time you listen to the album, you would find some new piece and wouldn't get enough of it.

9. Mors Principium Est - "Dawn of the 5th Era"
One of the finest Finnish melodeath forces made another best shot. The band has a huge spell-binding power towards many melodeath fans for a long time with the strained tight play and lyrical melodies, and it's still glowing. "Dawn of the 5th Era" could be their best album. Finnish extreme metal scene would be still promised as long as this kind of bands keep doing its great job. 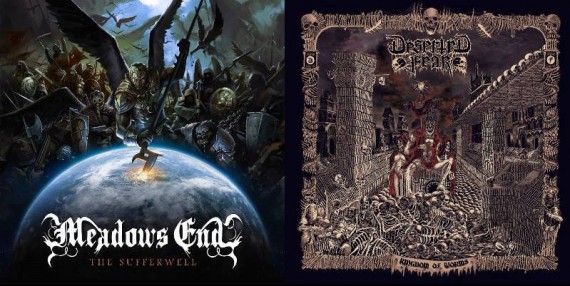 10. Meadows End - "The Sufferwell"
"The Sufferwell" which has a huge orchestration, icy tunes and convincing growl vocals is the most beautiful Swedish melodeath album I've ever listened to in 2014. I also shout out about the artwork for the album cover of the year. Looking forward to seeing their future records.

11. Deserted Fear - "Kingdom of Worms"
Between old-school death and thrash-death metal, "Kingdom of Worms" brings you a merciless metal storm without any sugar sprinkles but killer thrashing guitar riffs in each songs. They also released the first professional music video from the album. Check it out. 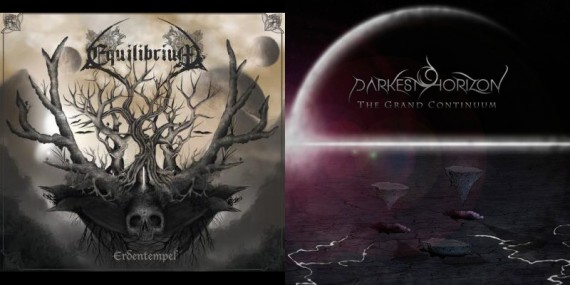 12. Equilibrium - "Erdentempel"
The epic folk metal force I loved for a long time transformed to beer-party metal with the album. Like the previous full-length "Rekreatur", the album has a great sound production and the overwhelming soundtrack atmosphere. So, how can you turn on your heel and walk away from them? Prost for the exhilarating extreme metal album.

13. Darkest Horizon - "The Grand Continuum"
Such a great melodic death metal year! The symphonic melodeath force from Germany put the cosmic conceptional album out into the world after two EPs. The philosophic one-of-a-kind universe they spread would soaks into you and melts you. Beautiful piece. 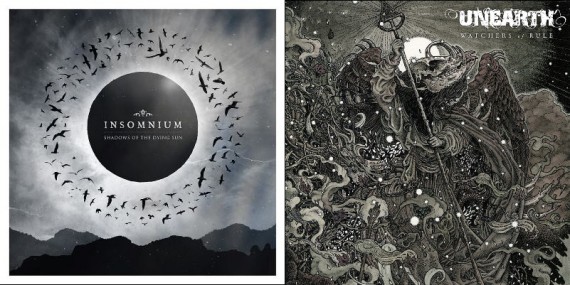 14. Insomnium - "Shadows of the Dying Sun"
When you talk about absolute Finnish metal, you can never ignore Insomnium. There are no overwhelming fast tracks in their universe as always but the extreme lyricism. They never lose their direction and keep doing a great job. They are still one and only best in the scene. Respect.

15. Unearth "Watchers of Rule"
After enough wavering between Job For A Cowboy "Sun Eater" and the album, I chose the one as No.15. Both of the albums are fabulous but "Watchers of Rule" is a great piece that can be favorably compared with their past releases with strong hooklines and stick-in-ear-melodies. That's the reason I placed it in the last of my list.