The latest information of MERCILESS TERROR 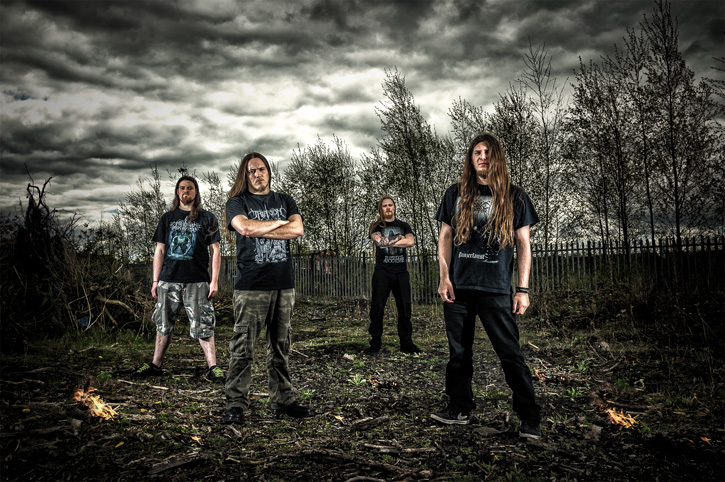 Nottingham based Death/Thrashers Merciless Terror will release their long awaited debut album entitled ‘VILE EXTINCTION’ on August 19th through Devil’s Clause Records. As well as the release to their anticipated debut, the band have also welcomed new guitarist Luke Tasker to the ranks.

The band has been working on their album since early 2012, and has undergone several lineup changes within that time: Michael Brush (ex-Hellbastard) taking over drum duties and original guitarist David Siddons departing the band in early 2013.

'It has been tough this past year, with new line up changes/touring and recording the album itself, we are glad to finally unleash it upon the world. This will be 11 tracks of pure Terror' - Says frontman Dale Linsdell.
The album was recorded at 'Stuck on a Name Studios' by co-producer Ian Boult and is currently being mixed and mastered by Neil Williams at 'Abysmal Audio'. The album artwork was handled by legendary artist Jon Zig and the bands logo was revamped by local artist Gary Ronaldson of ‘Bite Radius Designs’. 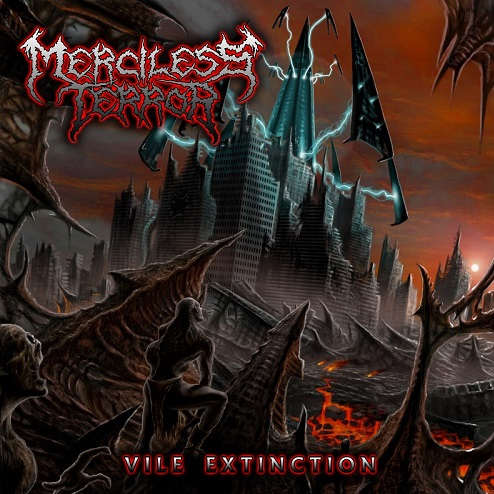 Merciless Terror has been added to this year’s edition of BLOODSTOCK OPEN AIR, Catton Hall playing on the ‘New Blood’ stage on Sunday 11th August. Following this the band will embark on a short album release tour with Sacred Legacy (Maldives), with more tours to be announced in the upcoming weeks.