Soulbound at Out and Loud Fest 2014

Here’s another awesome review of OUT & LOUD 2014 by my beloved alternative metal band SOULBOUND. They talked enthusiastically about the three-days-metal-party with the legion of New Wave Of German Metal! 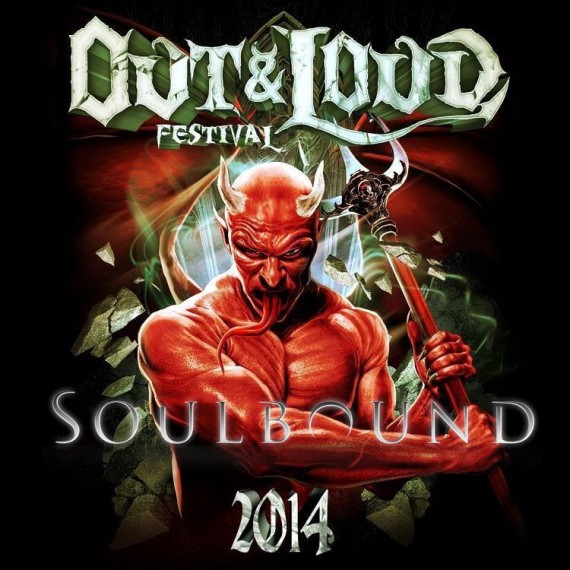 Who would've thought of that? A band from out in the sticks plays on a stage almost 220 miles away and the crowd goes freakin' nuts.

Thank you, Out&Loud! We couldn't have asked for more! Absolutely incredible! It was a big family reunion more than "just" a festival. The New Wave Of German Metal met for the very first time in it's entirely. A bunch of tents, lots of booze, awesome concerts and a whole lot of fun.

Arriving at 6 in the Morning, we set up our tents and filled the fridge. It was the 29th of May and we were about to hit the stage in 10 hours. Enough time for us to get to know the festival area a little better. The camping site was already packed and full of people. More or less sober. We entered the actual festival area and checked out the stage we were gonna play on later that day. The stage was already set up and we couldn't wait any longer to get up there.
Unfortunately we still got some time to kill so we strolled around the festival, had a few pints and made friends with the security guys.

Finally, 2:45pm, off to the stage! Bloodspot were already tearin' it up and the crowd was goin' crazy. Aw yeah! They put on one hell of a show and more and more people bulked up in front of the stage.
We never had this much time to prepare, 1 hour! We all went through our warm up routine (naked push ups ;-), power-slides, amp-curls) and got on stage at 4pm sharp. And… holy shit. People everywhere. People who have never seen us before were down there screaming our lyrics in our faces and went completely insane! Our sound engineer Holger did a great job and we had an awesome time up there in the spotlight!
Be sure to check out the pics Bettina from Dark and Sweet things shot during the concerts! 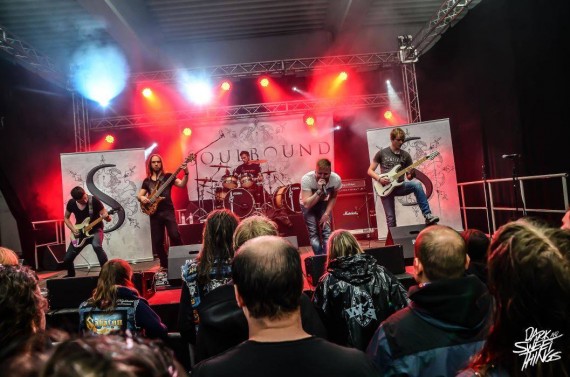 We cleared the stage for Spirit Of The Future Sun, Legacy of Vydar and Rotovathor who continued the party!

We went back to the camping site and… let’s say, things got a little crazy. As the night progressed, the ground got covered with empty bottles more and more and the talking got a little out of hand. Parasite Inc. were convinced about the Egyptian pyramids actually being rocket launch pads, Flori was constantly talking about UFOs and at 7am Johnny’s vocal chords gave up and his voice went completely down the drain. Time to hit the bunks. Even after a couple hours of sleep, he still sounded like a chipmunk with asthma.
The next two festival days can easily be described as “epic”. Yeah, we hate that word as much as you do, but there’s no way around it. Blind Guardian, Saxon, Amon Amarth, Die Apokalyptischen Reiter, Powerwolf, Sepultura, Behemoth, Rage, Xandria and many more shared a festival with us! Couldn’t get better than this.
After 3 days of music and partying we loaded up our stuff and headed back northwards. As we arrived at our rehearsing room to unload, we were pretty worn out but couldn’t stop thinking about the past few days. We had an amazing time and were absolutely blown away by the festival crowd!

That's how it's done, Out&Loud!
See you on stage! 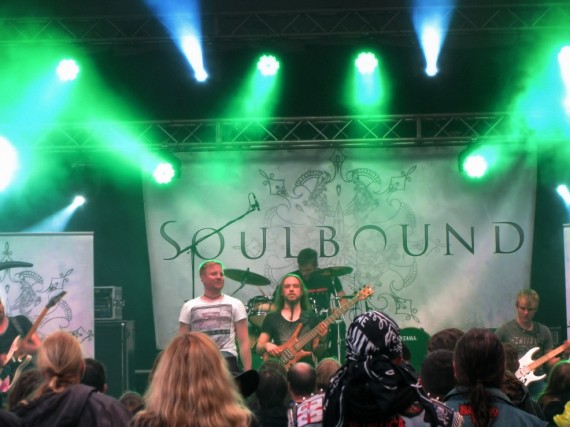 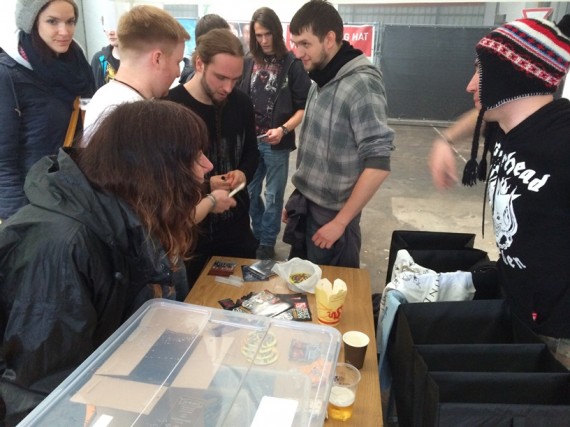 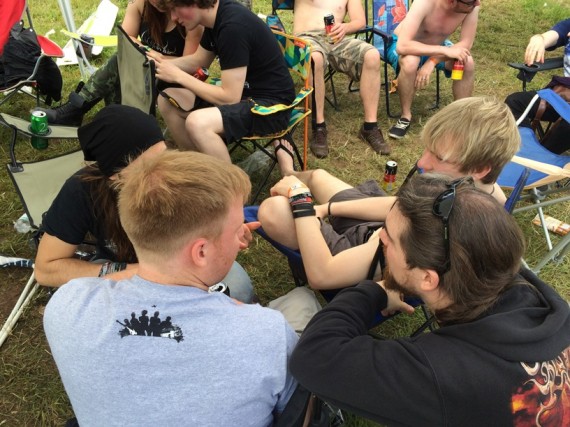