I’m absolutely psyched to know that you guys are working for another epic mythology! I suppose the new record will be called “Damned” as an EP, right?

Well, I found something in your recording-related photo. Are you going to use clean vocals on the new record? I love the epic non-clean style of A Hundred Miles though. 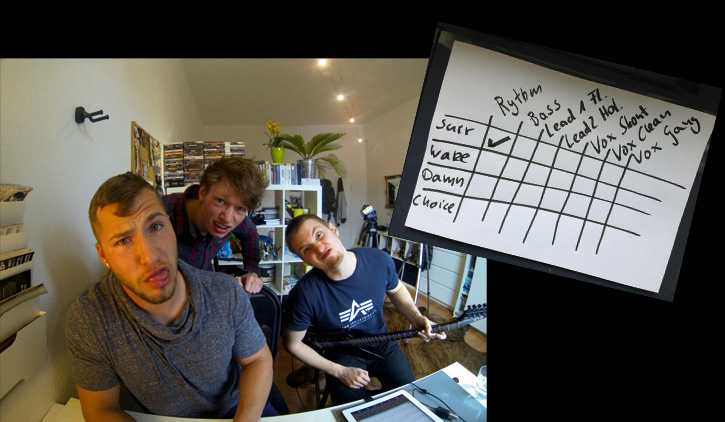 The Lyrics of the new songs are dealing with the similar theme as the past releases like the North Myth based style?

Yes and no. I think that all the tales of North Mythology have been already told by a lot of bands. So we decided to not do it again. Yet, as we still are fans of the North Mythology (maybe we can add some pictures of Dodo's tattoos someday) we are using metaphors and allusions to it in order to tell our stories about for example hope, despair, choice and death - kind of the big things in life which I think the Vikings had a great mentality to.

When I think about A Hundred Miles, I can’t ignore the great sound production (mixing & mastering) for the brilliant songs. Do you already have an obvious plan about it for the new record?

I'm glad that you like the sound on "A Hundred Miles", because we don't plan to change our sound engineers. After we finish the recordings, Hendrik of Syranic will do the mixing and I hope that we can also win Benni of Parasite Inc for the mastering again. 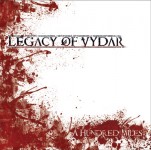 Still, the sound will change a bit. Looking back we all agree that the drums have been a bit too dominant on "A Hundred Miles". Since we're playing with 3 guitars, we want to give them a little bit more space in the in the whole production.

Do you have any plans for another full-length by the way?

I don't know, yet. Maybe we will record another EP after "Damned", maybe a full-length album. It depends on how much time we have to write new songs and how fast after "Damned" we can stand the madness of another recording session. :D

The following question would be just for fun. As far as I know, you guys often wear matching outfits on stage, one day with formal suits with bow ties, and the other day with kinda exercise cloths, right? What are you aiming for, haha? (Sorry but I’m curious!) I guess most of your fans prefer you to wear Viking-soldier-style outfits or so, huh?

Oh haha, we just try to do something different and funny in the grim and evil metal community. Let's see if metal heads can actually laugh. :D

Be strong now ... there are no Vikings anymore. :D

Could you tell me your upcoming plans as the band?

We wanna release "Damned" as soon and as good as possible and then play as many and as good gigs as possible. So I guess, we got the standard plans. Ah, wait... next weekend we're going to play on the Celtic Rock Open Air together with Eluveitie. It's gonna be wild.

Thank you so much for your time for the interview. I’m really looking forward to your new record! Love you damned Vydar guys! 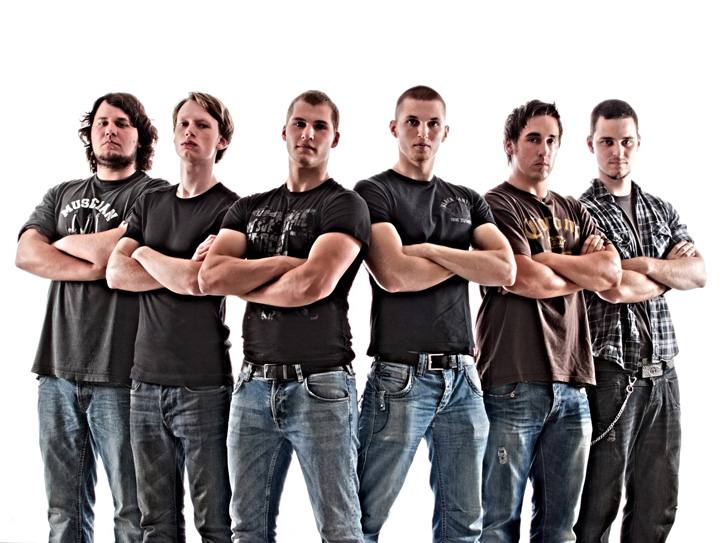