I talked about my bands support activity on Newcomer Szene.de

I got my first interview for Newcomer Szene (German Webzine) in the end of April, I talked about my bands support activity, about German metal scene from my sight. I'm usually very shy but was totally talkative through the interview with my endless passion for metal. Thank you so much Joerg Thoma for his efforts for the interview!

Well, I'm not a German speaker, so, I decided to release the original English version below.

Newcomer Szene: Where are you from?

Newcomer Szene: How did you get that idea?

I had been using Myspace before for checking a lot of metal bands from all around the world. One day in 2009, some death metal band from Germany asked me if I would like to support the band. Since I liked their music, I had started supporting them with a light-hearted spirit. That was the trigger. I had no idea what I could do for them in the beginning, but I’m absolutely enthusiastic for everything especially for metal that I love. I had slowly started putting myself into my mission like a free distribution, an interview arrangement for a Japanese metal magazine (unfortunately, they don’t exist anymore), and then I opened my metal support sites on a full scale in 2011. I also support bands outside of Germany like from UK, US and Costa Rica. No matter which countries they are from, I support what I love in the name of metal. Well, I got a bunch of fantastic results with my spreading-the-word activity, so I’ve been doing very busy these few years.

However, I’m just a pure metal lover, so I work only for my favorite bands for showing my respect and gratitude for their amazing music. That’s the most important point for me. I’m a free metal supporter with full of pure passion for metal, so I’ve been trying to stay away from any music business. Don’t give a damn of money-money-money exploiters. I would love to raise a flag and shout out “ANTI INDUSTRY”. The metal scene could be more ebullient if pure metal fans buy music, merches and concert tickets from its favorite bands. You can’t save the whole world but probably you can save the metal scene.

Newcomer Szene: What excites you most of the German scene?

At least, everybody knows that Germany has the biggest metal scene in the world, right? Even it’s impossible to name all of my favorite metal bands from Germany, haha. In my opinion, metal scene in the huge metal country is unbreakable, never be swept up in the currents of the day. Actually, I always love extreme metal bands which are highly principled like Heaven Shall Burn. They are my most favorite band in the world. I think many metal bands in Germany have strong beliefs and stick by them. Respect!

In addition, some typical German metal like Helloween, Freedom Call, Blind Guardian, Accept, etc… built me up in my early era as metalhead. Anyway, most of my favorite bands in Germany nowadays are from the underground. “hungry spirits” and “aggression” are the keywords.

Newcomer Szene: Do you have personal contact with bands?

Since I’m not a person in the music business, I can say all of the bands I’m supporting are also good friends of mine. We are mostly connected via Facebook. Some of them send me some personal band shots from their show as greeting, talk some personal stuff or do some cultural exchange, etc. If there’s no friendship between those bands and me, it’s hard to continue my missions seriously. In fact, Parasite Inc. are the closest band of mine. I even had no idea how to manage and open my site without them. Especially, Kai the singer and lead guitarist from the band has been helping me so much with his professional skills of web arrangement. I think he is a quite talented artist and he also has such a wonderful personality. You can see his latest great job through Burden Of Life’s brand-new shirts.

Anyway, I just want to keep being their passionate supporter always but sometimes they are the greatest cheerleaders for me and I often get motivated by their positive yells seriously. We are all friends based on a relationship of mutual trust.

Newcomer Szene: If you have the choice and you could meet ... who would it be your favorite band?

Well… such a difficult question it is! As I told you, I only support my favorite bands, so I can name all of them. However, The Last Hangmen could be the one because I support them from their early era since I accidentally found them via Myspace and really loved their demo at once in 2010. They play just-my-type melodic extreme metal. Perfect. I also would love to shout out Parasite Inc.! And how about… oh wait, it doesn’t make sense at all, I can’t pick up one seriously, sorry. Anyway, I think you can understand my struggle about it if you visit my site www.kumi666.com and check all of my supported bands. They are just brilliant!

Newcomer Szene: Have you ever been in Germany?

No, I haven’t. Actually, I have only three time experiences for visiting outside of my country so far and all of them were US. My mom used to tell me how fabulous Germany is, because she visited Europe more than several times including Germany. That’s why I’m very familiar with the Grimm Fairy Tales, and Michael Ende is one of my most favorite authors since my childhood.

Newcomer Szene: Which city would you like to visit once?

Honestly, I have a long wish-list of cities and places that I would like to visit in Germany, so I decided to answer it simply as a metalhead. Dinkelsbühl is the one because of Summer Breeze, which is the most fantastic metal festival in the whole universe for me. I know it’s not the biggest festival in Germany, but size doesn’t matter. Every time I see its line-up, I make a yearning sigh. Especially, the line-up this year already became more than huge. That’s just tremendous!

In addition, some of my supported bands played at the fest in the past like Parasite Inc., Bleeding Red, Leviathan and Deserted Fear. So I can say that’s the awesome fest for local bands as well. I’m looking forward to checking new bands which play at the upcoming Summer Breeze. By the way, you can check some nice reports from the fest on my site, Kai from Parasite Inc. made it.

Newcomer Szene: What is the metal scene in Japan?

Unfortunately, I’m not familiar with metal bands from my country. The grass is always greener on the other side of the hill, haha. However there are some good bands here for sure, Serenity In Murder for example. If you are curious about them, visit my site and check it out with your own ears.

Anyway, the metal scene itself is active in Japan. We even have a consecutive metal festival here called Loud Park, but compared to Summer Breeze it’s only 1/3 of the size and the annual lineup is woefully short... sigh.

Newcomer Szene: What makes a good metal music for you?

I love blast beats, mind-blowing shouts, knife-edged riffs and a little bit of melting melodies… and the lyrical part is one of the most important points in metal, at least for me. Sometimes it could be the voice against the merciless society or the rotten political world, it could raise an alert for our selfish behavior towards the invaluable planet earth, and it could show some philosophical point of view. I love the moment it bursts out and explodes all together through overwhelming tunes. I think metal could be the greatest tool for releasing your anger in the healthy way and giving you a chance to stare at yourself.

Well, I often hear desperate moans from the people in bands how hopeless environment they are surrounded because of the internet. They say like an illegal download have become ordinary and no one pays for music anymore. To tell you the truth, I’m sick and tired of that kind of complaining. Instead of wasting time for depression, some of my supported bands made much more positive actions with crowdfunding campaigns and they have gained great results. It showed there’s a lot of “pure metal fan” who would like to spend his/her money for metal. That’s great to see “pure passion under the good metal music” could be motivational for both of bands and fans.

I hardly can imagine the world without heavy metal because it’s one of the biggest parts of my life. That’s why I put my efforts for supporting bands.

Anyway, if you like some energetic extreme metal, visit my site and check the bands. Don’t forget to buy their music if you find your favorite. 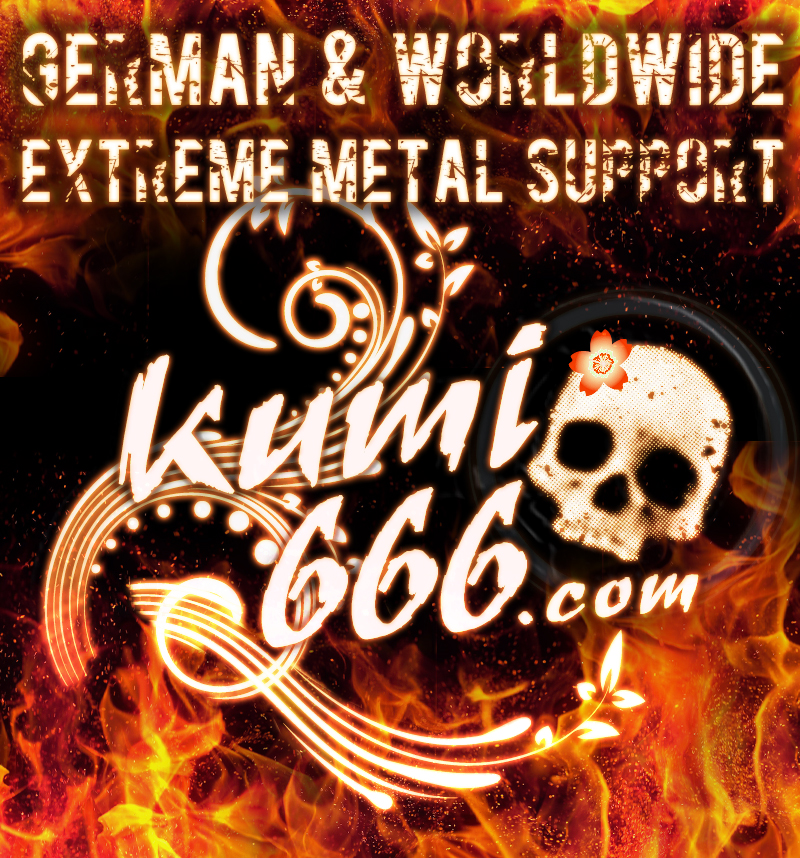