Extreme Metal Over Japan 2012 – SERENITY IN MURDER from Japan interview

Hi guys! Congratulations for the great success of this tour with BLOODSHOT DAWN and DEALS DEATH. What did you feel about your situation to have gigs on a level playing field with those enormous bands?

Freddy: Thanks. This tour was really good experience for us. We are proud that we could tour with them. This tour made us grow, and we certainly got new fans in Japan.

Actually, it was the second time for me to see SERENITY IN MURDER at live show, the first one was a year ago, with Lazarus A.D. and Anterior. Comparing the Extreme Metal Over Japan live in Tokyo with the past one (yeah, it’s the same venue – at Shibuya Cyclone) , it’s obvious that the band became more tight and secure. What do you think about it?

The crowd at Shibuya Cyclone went crazy over your dramatic universe of The First Frisson Of The World and your passionate performance. Did you notice those energies by the crowd on stage?

Freddy: Of course! The audiences always inspire us. They give us energies! Especially, the audiences in Tokyo were awesome! They heated up when we were on the stage, and they headbanged and made mosh-pit. Their power motivates us so much and it will be our inspiration for the new album.

Have you ever experienced such a tour (like through Osaka, Nagoya and Tokyo) with bands from other countries before?

Freddy: No,this is our first time to tour with bands from overseas. Actually, we really wanted to do tour like this , so it was a great experience.
As we imagined, it was awesome and stimulated our minds . And we are going another tour over Japan with Aborted on February,2013. This tour will be crazy as Extreme Metal Over Japan! I hope many people see us. Check out more info! https://www.facebook.com/valentinesmasher 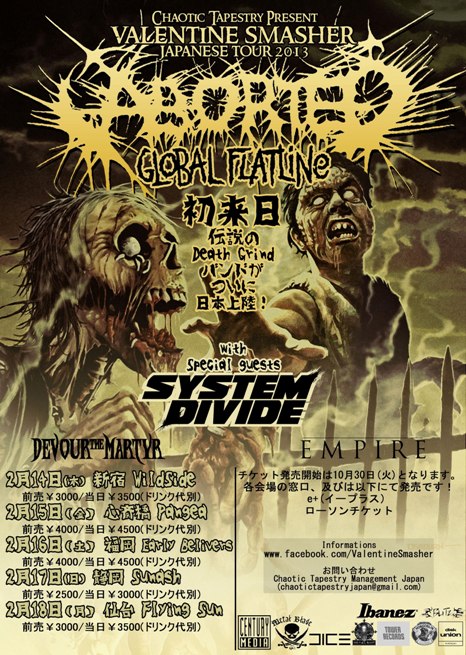 Do you have any unforgettable episode with BLOODSHOT DAWN and DEALS DEATH through the tour?

Emi: We had many experiences with them through this tour, but if I choose a thing, one of the most impressed things is that they enjoyed meeting with fans after each shows, fan meeting at Shinjuku and etc. Some of bands just play at the shows, drink and go back soon to have a rest, but they never did like that. They had a fun of autograph sessions, taking pics and talking with all of fans. Josh(Bloodshot Dawn) told me meeting fan is his favorite thing. I agree. We can't play gigs without fans.

I’m proudly introduce SERENITY IN MURDER to metal lovers in the world, by the way. Could you tell them about the members and the band’s history?

Freddy: Ok. Serenity In Murder was formed in 2008. I composed a few songs at that time and also looked for members to make a band. At first, I met Emi (vocal). we went to the same university and were members of the music club, so I knew she covered songs like Slipknot, Children Of Bodom and etc. She listened to my songs and she decided to join my band. About one year later, I found Ryuji (guitar). He posted movies of his guitar playing on the Internet. He covered Steve vai, Racer X and etc. I liked his playing so much that I immediately asked him to join us. I have known Shuntaro since we were child. He can play any instruments, so I asked him to join me as a keyboardist. Others were still the support member. We started playing on the show and recording with these members, as Serenity In Murder in 2010. Takumi (bass) and Shohei (drums) joined us while recording. These are the current members of Serenity In Murder. In September 2011, we signed with Spiritual Beast / Universal Music, and released 1st album ”The First Frisson Of The World”. We did many gigs in Japan, and played in Taiwan. And now, we’re working on our new album. We hope to work worldwide next year!

As far as I know, I can say that SERENITY IN MURDER is a dramatic/symphonic melodic death metal band with some modern elements. How do you describe about the band?

Freddy: Our music is mixed with many elements. The most characteristic part is the melody.
We have our original melodies inspired by Northern European metal, traditional metal, and Japanese metal scenes. Our melodies are like the mixture of sadness and sorrow in the powerful sounds. I want to put Japanese taste in our melody, because I'm proud of being Japanese. So,"Japanese symphonic/dramatic melodic death metal" would be the best word for our melodies.

Did you already experience enough gigs after released the album The First Frisson Of The World?

Emi: After released our 1st album, we played the show about once a month and we experienced some big events like Geki-Rock. We played with Anterior(UK) and Lazarus A.D.(USA) last year on that event. Also, this year we played at Taiwan. That tour was so amazing. Two of gigs are held by ourselves. Serenity In Murder is formed for two years and it takes only one year after released debut album. So I don't declare we had enough experiences for now but we had many opportunities to play at many great gigs. We will join cool shows more like EMOJ. We have to gain experiences through gigs and tours.

What are your future plans and what is the biggest goal for the band so far?

Freddy: We are already working on our next new album, and thinking of doing tour in Europe and Asia. Our biggest goal is working worldwide. We really want many fans around the world to enjoy our music.
We just do what we want to do. If it will lead us to good directions, it's a pleasure .

Could you leave any message to the people who went to see Extreme Metal Over Japan, and also to metalheads in the world?

Freddy: Hi guys! How was the Extreme Metal Over Japan tour? We are happy if you really enjoyed that tour! If you are interested with us, come to our show again, and spend crazy time together! Check out our website!
To all metalheads around the world, we'll see you soon! Stay tuned and keep your eyes on us!
Thanks.

Thank you so much. I hope for your future success!

Live photos below by METAL SHIP 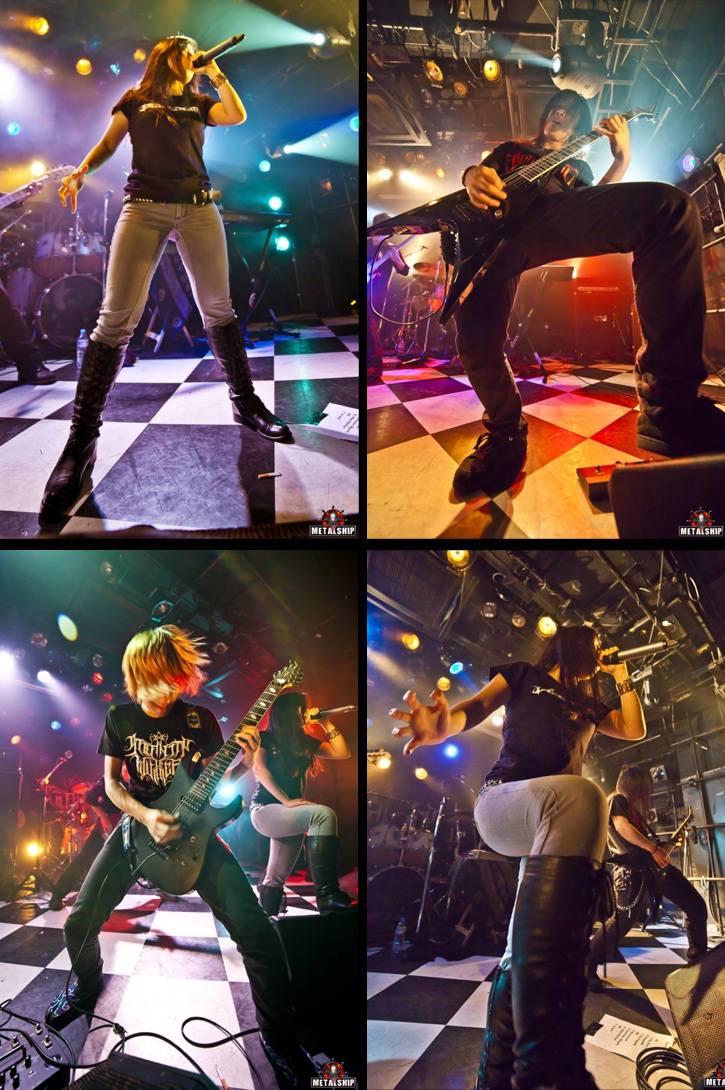 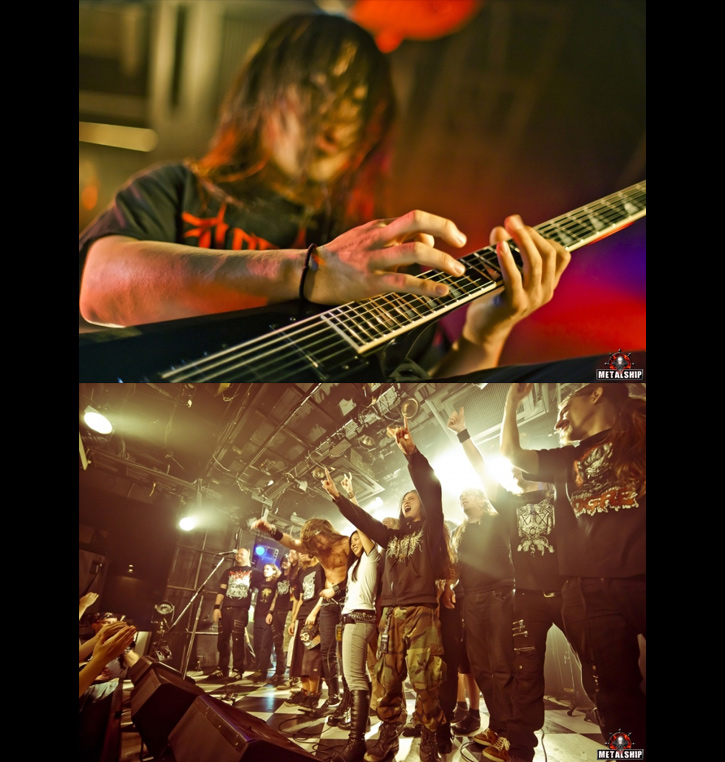 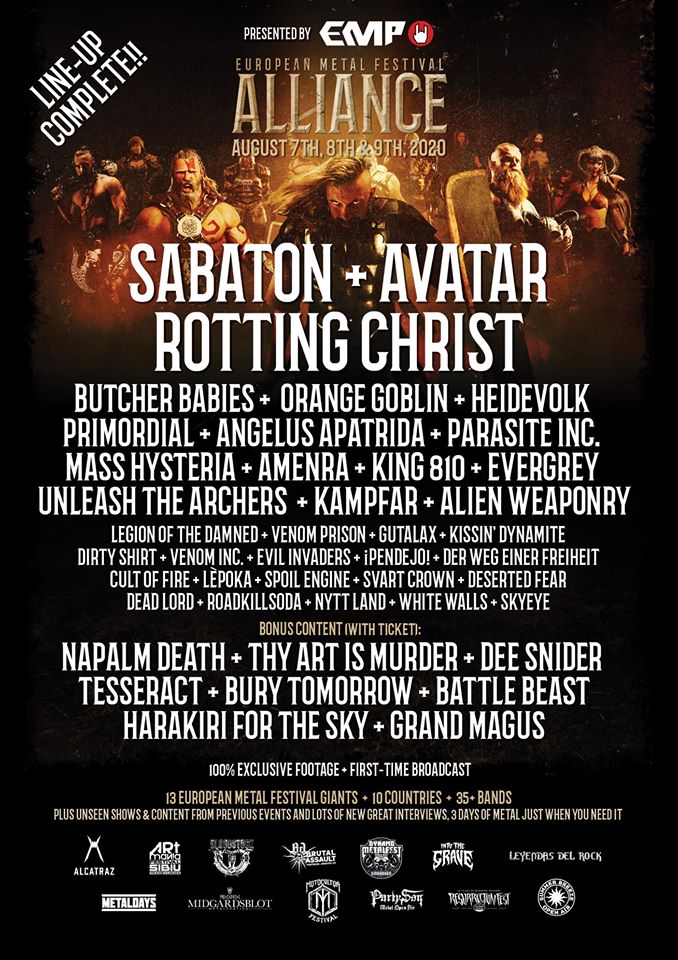