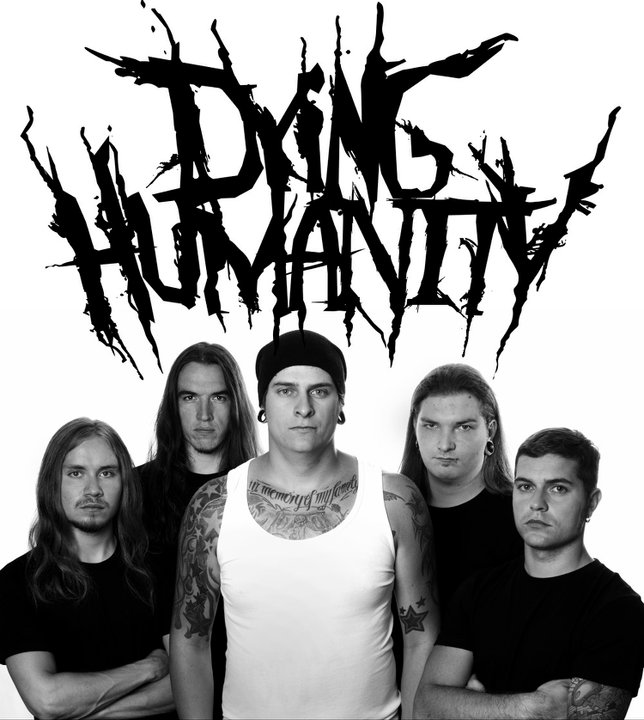 This is the first interview with you guys. So, could you tell me the history of the band from the beginning?

We started 2006 with our project called „Dying Humanity“. The same year we recorded our first demo tape which took us to our first label deal. In 2007 we published our debut album with Restrain Records. This was our first success as a young band. In the following we had many shows in Germany and neighbor countries. Our second album was published in 2009 by Maintain Records. We toured around Germany and Austria playing after its release. Our third album “Living on the Razor’s Edge” was published in 2011 by our current label Bastardized Recordings. Lately we are working on our fourth album.

I was wondering why I hadn’t known Dying Humanity until the amazing latest album Living on the Razor’s Edge. You made the album as a conceptional story dealing with the foolishness of human beings, didn’t you? Could you describe the summary of the concept?

As you can tell from our band name the lyrics deal with the dying of humanity as well as stories about broken existences and mentally ill persons. During the preparations of our current album we wanted to try something new, opposite to the other ones. We decided to create a concept album telling a story from the first to the last song. Every song is supposed to be a chapter of history matching to the music themes.

Who managed the album art work? What is the cover art represented?

Gustavo Sazes did the art work. He is a great artist from Brazil and we really like his style. He also worked for bands such as Arch Enemy, Morbid Angel and Legion of the Damned. The Cover shows the protagonist of our Story from “Living on the Razor´s Edge”. 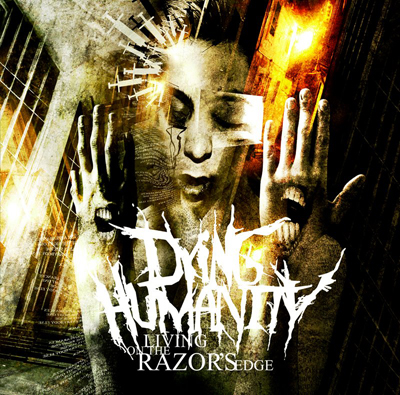 Could you explain each of the songs in the album about the both of musical and lyrical aspects?

Basically it is about a girl growing up with her caring parents. After her mom died her world breaks down and she tries to escape reality by doing drugs. Her boyfriend, who she got to know within the drug scene, makes her a baby. Her dad finds out and she loses his support and acknowledgement as a family member. Being on drugs her boyfriend abused her after giving birth to the child and leaves. The protagonist recovers and finds her baby dead in the dirty apartment because her so called boyfriend left the child behind. Motivated by hatred and despair she decides to find the father of her baby and kills him. When realizing that everything she ever had and loved in her life is gone she commits suicide. The music is adapted to each chapter/song in emotional and storytelling way but you should listen to it by yourself to find out how everything fits.

The music video Abused from the album is the very nice one! Why did you choose the song for a music video?

We decided to do that song because it reflects the qualities of the whole album very well. On the one hand there is a rather hard Death Metal style and on the other hand there is a calm melodic part. The lyrics present only a small part of the story which could be misunderstood if the other chapters are not known by the listener.

Who filmed and edited the video?

The video was made and edited by Ambitious.Films.

How many gigs did you play for the promotion of the album? Did you play at any big metal festivals?

We always tried to play many good shows no matter if we played for promotion or not. After the release of our third full-length we played a couple of shows at clubs and festivals. We also toured a bit. At that time the biggest festival was the “Rock im Betonwerk” festival with bands like Kataklysm, Sabaton, Municipal Waste, The Black Dahlia Murder and many more.

Well, you guys are currently working on the new album, right? Is everything going well so far?

It is going very well. This September we start to record our new songs. Afterwards our label will promote the CD kind of like they did to our last album. We will also play a couple of shows and go on tour with the new songs. Furthermore there is new merchandise planned as well as a new music video.

Do you have anything you can leak about the forthcoming album?

Not by now. But we will keep you up to date on our Facebook page within the next weeks. (DYING HUMANITY facebook: www.facebook.com/dyinghumanity )

Are you interested in Japan as a market of metal music?

You bet! We are looking forward to new fans and support in the entire world. Unfortunately we don’t know much about the Japanese metal scene but we are amazed that people like you show interest in German underground bands and are eager to support us.

Could you leave any message to Japanese metalheads?

Stay tuned and watch the underground bands establish themselves and support them. Many of those groups invest a lot of money, work and dedication into their music while only getting a little feedback. The results are a much too small audience because they are not able to sell the music properly. You can like us and other bands on pages like Facebook and listen to their music (eventually buy the music). Thank you so much to all the Japanese metal heads out there. Thank you for your support. 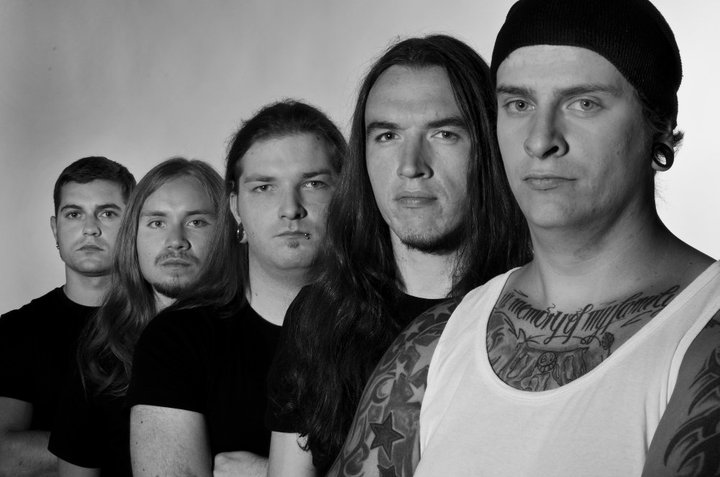 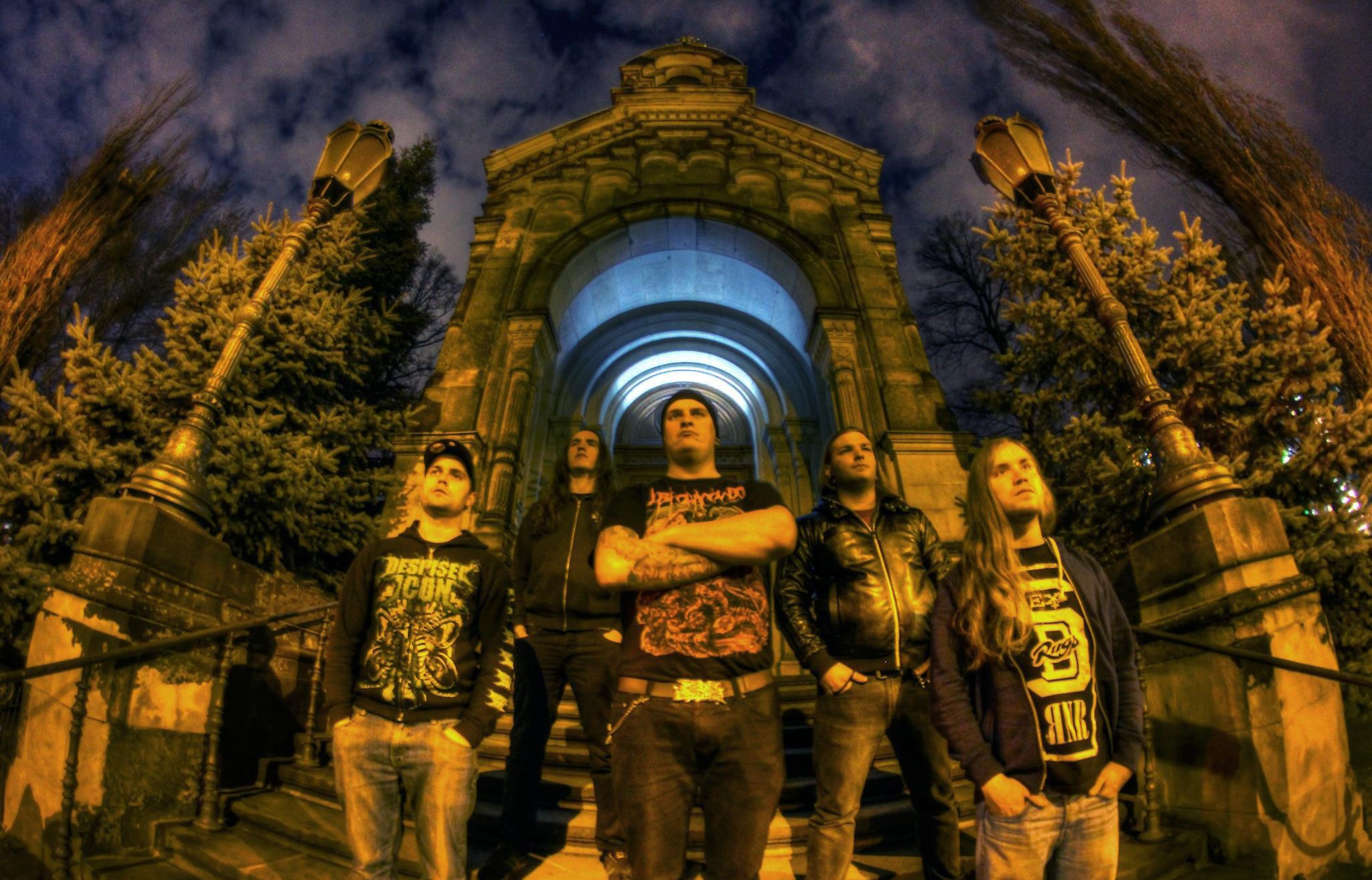