“…we’re just a bunch of dudes that want to play our music for as many people as we can.” 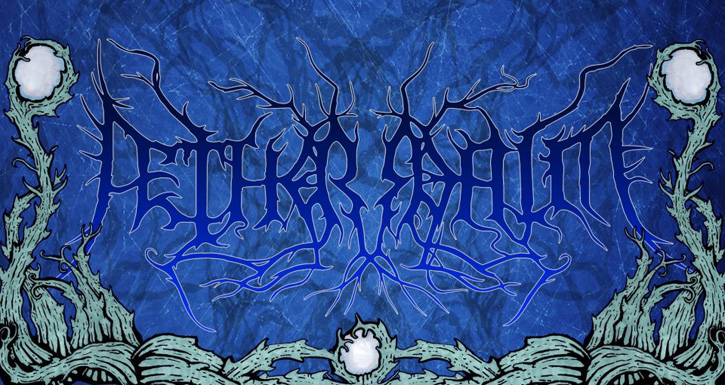 I’m still stoked so much and totally into the amazing album “One Chosen By The Gods” you released on this January. Such a great band you are! When did you start ÆTHER REALM? Could you tell me about the history of the band?

Jake: Well it’s not as exciting a story as many people hope for. Heinrich and I used to be in a band together, and we started Æther Realm as a side project in early 2010. Tyler joined the band on drums, and we had our friends George and Robbie on guitar and keyboards. They both left after about a year, and Jack joined at the beginning of summer 2011. We played our first big show shortly afterwards, opening for Finntroll and Ensiferum, and then went into the studio with Jamie King to record our first demo, Odin Will Provide, later that summer. It came out in September 2011.

After we had some positive response from that, we went back to the studio as soon as we could, and recorded One Chosen by the Gods in January and February of 2012. We decided not to release it as soon as it was ready, and looked to get picked up by a record label. We toured the USA’s east coast that summer, and continued to play shows and negotiate with labels the remainder of that year.

The negotiations moved too slowly for us, so we decided to go ahead and release the album in January. The response on this has been far beyond what we were expecting (I mean shit, we’re still a little local band from Greenville, NC). 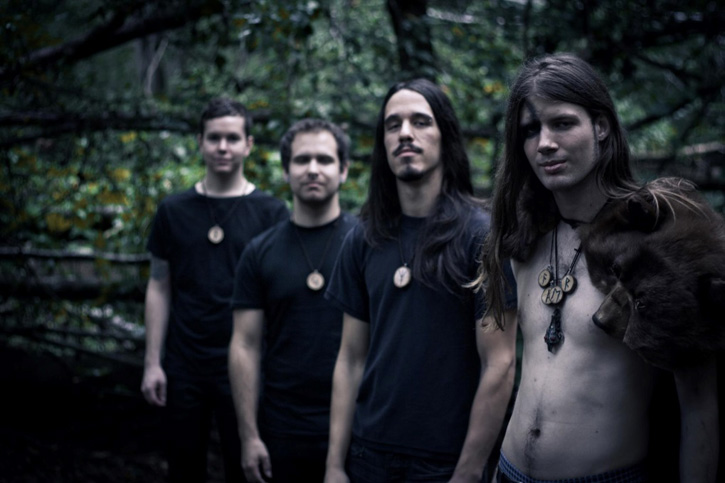 I was absolutely amused at your own description “We are not from Finland” when I checked your facebook page at the first time, haha. Yes your music sounds pureblooded Finnish metal. So, which bands have you been influenced for the formation of the band?

Jake: Definitely the obvious choices (Wintersun, Turisas, Ensiferum, Kalmah) make up a great deal of the metal I find myself listening to. However, we’re also influenced by several straight forward melodic death metal bands (In Flames, Soilwork, The Black Dahlia Murder). I personally am also very influenced by several artists outside of the metal realm altogether (Beirut, La Roux, Metric, and I’m actually a big fan of Ke$ha if you believe me).

Jake: Well Æther means a few different things, it can be a substance or a place. The translation from Greek means "realm of the sky". When we started the band, I hadn't looked too much into it though. I was just an impulsive 17 year old that wanted a "cool" band name. The result is that our band name is actually redundant it translates literally to "realm of the sky realm". Oops. 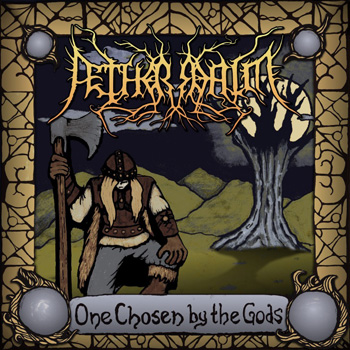 The album “One Chosen By The Gods” deals with North mythology, right? Could you tell me about its concept?

Could you describe each of the songs in the album shortly?

Journey of Discovery is the intro of the album, and contains some melodies from Hourglass and Oak, the first and last songs on the album I guess kind of an overture of sorts.

Hourglass, the first real song, is about the fleeting nature of time, and how one should do the most that they can with the time they have.

Æther Realm is the tale of band of warriors on their journey to return home, and is the first song that I wrote on the album.

Swampwitch is about what you would expect a swamp witch! After years of having her land intruded upon by the residents of a nearby town, she lays it to waste.

One Chosen by the Gods is a story about a soldier that runs from an impending battle. He’s visited by a shadowy figure, who convinces him to turn back and return to the battle. However it’s too late his brothers in arms have all been killed. The shadowy figure returns to him in his despair, and imbues him with the strength he needs to carry out his revenge. He single handedly slaughters the remaining soldiers of the opposing army, before succumbing to death himself.

Ravensong was written when I was back in college, a reflects a lot of the feelings I had back then. I felt very restrained during that time, and wanted very much to devote much more of my time to music. The song is literally about a man who feels restrained in his human body, and carries out an ancient magic ritual to allow him to fly with the ravens. It appeared on our first demo, Odin Will Provide.

Winter’s Grasp is pretty simple just about a massive blizzard!

Odin Will Provide is the other song from our first demo. It starts out with a high speed chase on horse-back, and ends with a vicious one on one fight to the death.

Oak is another song that reflects real life. Like Ravensong, it takes me back to my shortlived college years. I struggled a lot with depression during that time, and thought a lot about suicide. It was a very unhappy time for me, but ultimately I realized that I wasn’t bound to my situation, and decided to leave school to focus on music. This song is essentially about those feelings struggling with and ultimately making it out of depression. I decided to draw themes from one of my favorite short stories, The Giving Tree by Shel Silverstein, and just make the material a little more grim, haha.

What happened between tracks “One Chosen By The Gods” and “Ravensong”? My copy has a physically different order from the track list then.

Jake: Haha, oh yea, that. Well as we're a young, unknown band, we have to do all of our stuff ourselves, even creating the CD packaging and assembling them all by hand. The first 200 or so CDs that we sent out contain an error with the track-listing on the back. We've fixed it since then, and hopefully we're a bit more careful on future releases. 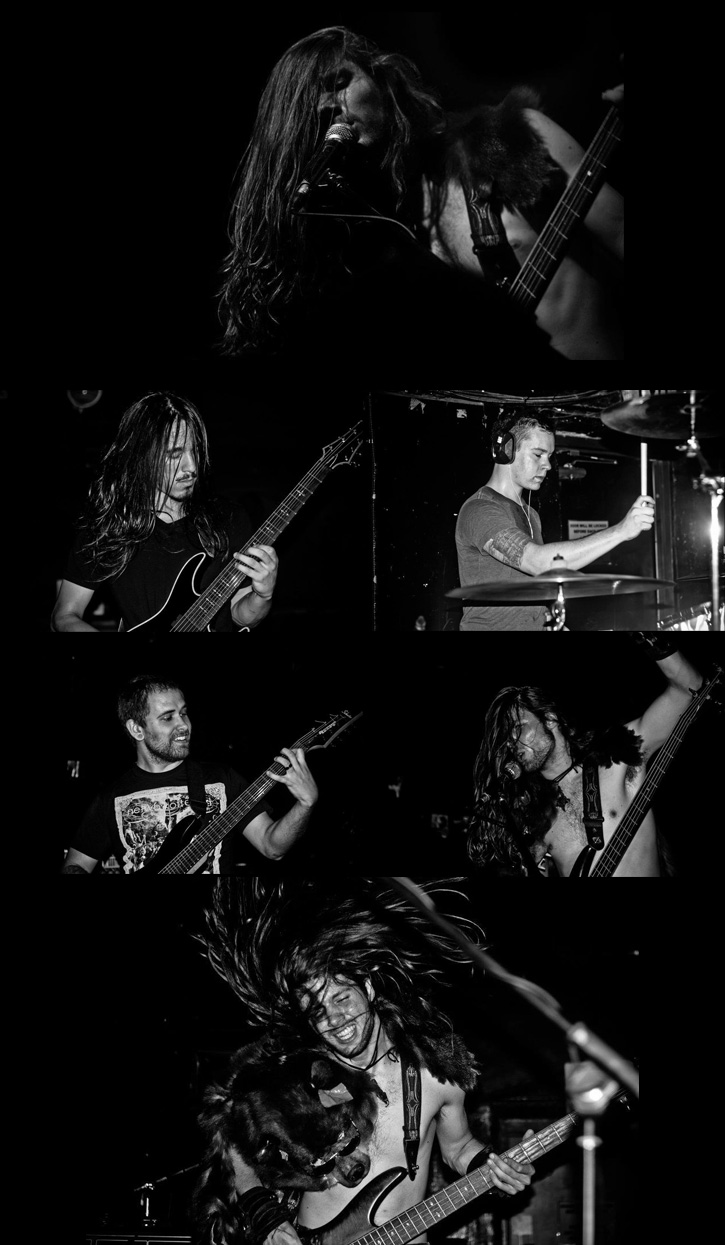 You had played a gig with Turisas, right? How was the show with them? They have many enthusiastic fans in Japan as well, paint its own face like the band and shout out fanatic “battle metal!” at them live, by the way.

Jake: We've played two shows with them, and they've totally blown us away both times. While we're still honing our skills and trying to figure out how exactly we want, they've totally perfected their craft and always deliver a great show. I hope we can make it to that level someday.

As you know, the album is selling well in Japan. What do you think about it?

Jake: Well we certainly didn't expect it, that's for sure! I’m still not sure I even can really get my head around it. We’re seriously a totally unknown band we’re not signed, we don’t have like a booking agency or a manager, we’re just a bunch of dudes that want to play our music for as many people as we can. I don’t know how soon we’ll be able to make to Japan to play shows, or whether we’ll be able to at all, but I know is that I’ll definitely do my best to make it out there as soon as possible. 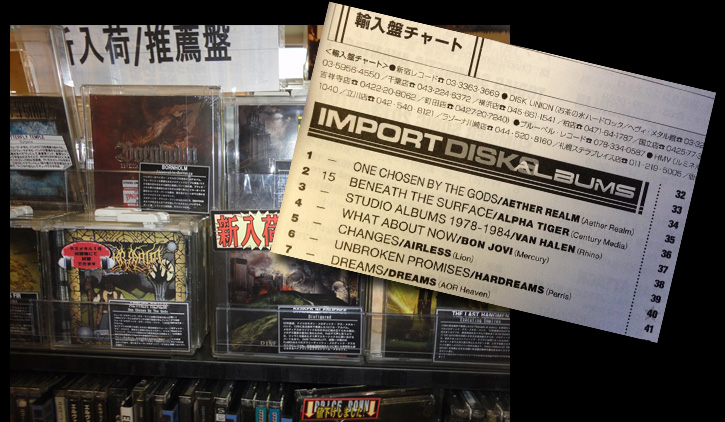 Could you tell me about your upcoming plans for concerts and other stuff?

Jake: Well we’re announcing an American summer tour any day now, so watch out for that. Mainly we’re playing headlining shows in our state here and there, and the occasional opening gig for the larger folk metal bands that come through. Aside from actual shows, I’ve been busy programming the band’s light show as well as learning how to use the new audio software I have. We’ve just started demoing stuff for the new album too, so hopefully we’ll be back in the studio this year to record album number two.

Please leave some message to ÆTHER REALM fans in Japan.