The last Hangmen interview about “Executing Empires” – on Feb. 2013

“The broke down statue is a symbol for the revolution and for our development as a band.” 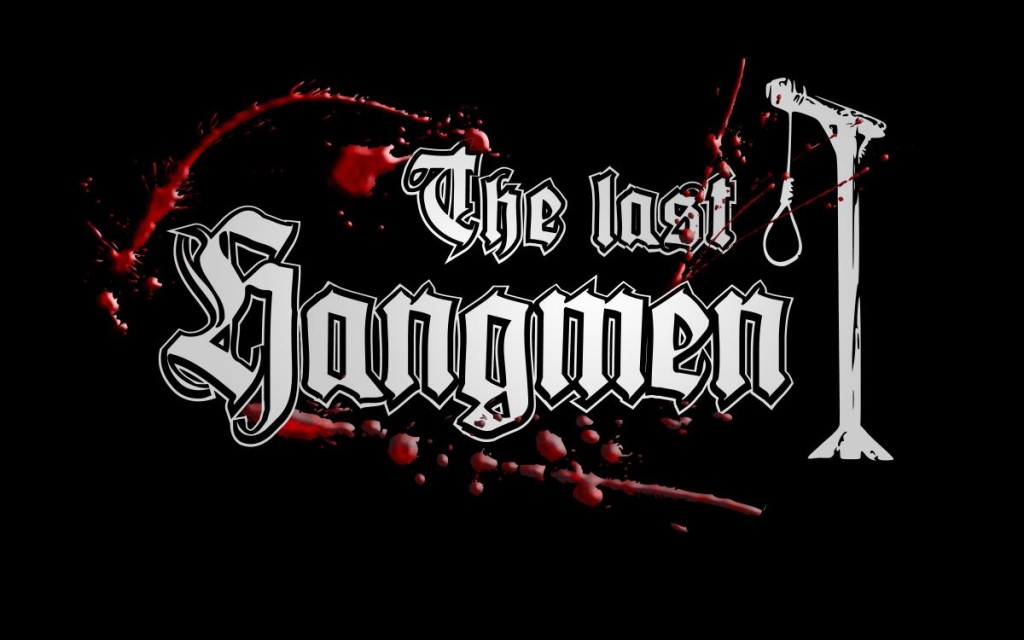 It’s been a long time after I had an interview with Simon about “Servants of Justice”, it’s more than one and a half years ago. So, how was your last year? How have you been feeling since you released the second chapter of the kick-ass Hangmen universe “Executing Empires”?

Pether:
The past year was awesome. We played many shows, our Crowdfunding worked out even more than perfect and we finally released our second album. It was a lot of work and we are in every aspect proud of the development of our sound. Especially our record release show was mind-blowing. The club nearly exploded as the crowd shouted our band's name after each track. Crazy and exciting. 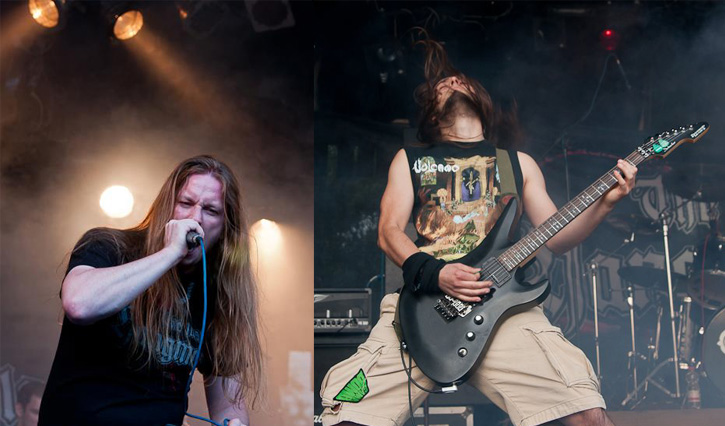 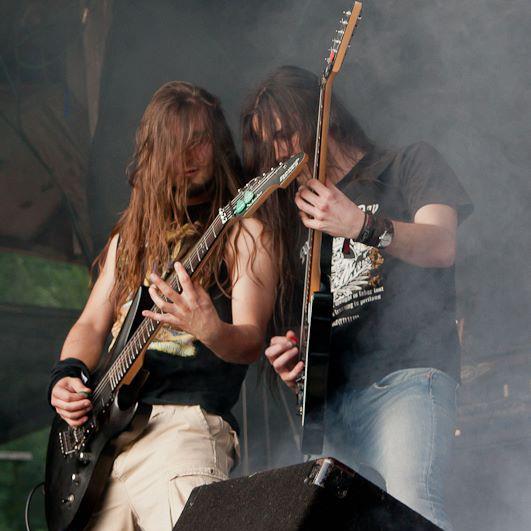 Since I’m a big fan of Hangmen’s, I had expected so much about the new album naturally, and since I listened through it at the first time, I can definitely say it’s more than my expectations. Did you get any other positive feedbacks about the album already?

Pether:
We got much positive feedback from our fans, not only those who took part in our Startnext-Campaign. We sold many copies of the new album to all around the world and thanks to your efforts the most of them to Japan.

Okay, let’s step into the new chapter “Executing Empires”… As an opener of the album, “Overture to a Falling Empire” gives us much imaginations and curiosity for the following tracks with some sound effects like broken glasses, hams of propellers, explosion sounds and so on. It seems that the intro syncs completely with the album artwork, right? What did you aim with the very first instrumental track?

Pether:
As you discovered already, we tried to create a sound that matches the artwork, which depicts a kind of revolution or civil war in a scenario inspired by dystopias like Orwell's 1984 or the movie Equilibrium mixed with a visual style referring to the Futurism art-style of the early 20thcentury. So the picture we had in mind for the intro was a tyrant sitting in his massively oversized office of the party's headquarter, playing a farewell-song on his piano for his recently falling empire and gets finally killed by a plane crashing through the window.

As I mentioned above, the art is totally impressive and even I can find a kind of homage to the art of the first album “Servants of Justice” which appears as a statue but it’s going to be broke down and the five guys are hanging at the gallows…Can you explain a bit about the story of the artwork?

Pether:
We thought of a lot of story details for the artwork. The broke down statue is a symbol for the revolution and for our development as a band. Despite this it was a cool gimmick for fans of the first hour.

Stefan:
We tortured Jenny a lot with the inclusion of many small details in the picture. The statue being one of them, but there are a lot more gimmicks in it. The Five Guys hanging from the so called “Clothes line gallow” –inspired by WWII pictures -could be interpreted as the Five Guys who recorded the Servants, but since we are not Iced Earth, who change their Lineup with every album, this might not be the full truth. Take a look at the left of the Artwork and you will see Five People in Cloaks disappearing to the left. There are many possible Interpretations. Let´s just leave it that way.

You placed a huge orchestration in the intro and the outro for “Servants of Justice” but you didn’t for “Executing Empires”, right? Why?

Stefan:
For me Intros are always the first to skip when listening to a new Album, especially if the Intro alone plays for 3 or 4 Minutes. I want to listen to the Music and not something orchestrated as an atmosphere creation. So we had some minor discussions about this theme, but it all ended when Simon played the Intro Theme on an old Piano. We definitely were into the Idea of a real Piano Sound as an Intro. And since the piece wasn’t that long anyway it ended up as a small Intro, for Abolition of Acquittal as well as the whole Album. The Outro was more or less completed with the instrumental. The Outro of “Executing takes Time” serves as a CD Outro as well. Since with all the “real” tracks on this CD it plays for more than 50 Minutes an extensive Outro would have just been too much for any listener.

Every song of “Executing Empires” is just amazing, it has very melodic guitars, powerful and evil vocals, fast and dense drums…those are typical elements of Hangmen’s but everything turned to be more dynamic and overwhelming than the previous one. Can you introduce each track one by one shortly?

Pether:
The Abolition of Acquittal is an overwhelmingly fast lead guitar driven song. Compactly in your face Simon has written this track as the opener in order to show where the journey will lead.

The Holy Bond of Black Blood deals with the misbeliefs of (monotheistic) religion in general. It offers a more grooving sound to the listener. Speed attacks vary with slower parts. To push the chorus even more we used group shouts for the first time.

Defeat of Despair starts freaking fast again, but also contains brutal stomping parts with focus on bass and drums. It's the first song you hear on Executing Empires that is written by Stefan and you get a glimpse of his guitar solo skill. The lyrics are actually older than the song itself and express some personal feelings of me from the time I wrote them. We also experimented much with different vocal colors in this very song.

Or Forever Hold Your Peace is the first song of the little partial lyrical concept. It's about the already mentioned revolution, rising against oppression and injustice. Simon wrote some insanely catchy lead guitars for this one. The little spoken words part is Søren's voice by the way.

Downfall of Glory is part two of the concept. Here the victorious revolution turns into terror and has to fall, too. In this one you find the longest guitar solo of the album, as well as small bass solo. In the middle Stefan created an awesome kind of Old-school Death Metal part that I tried to emphasize with my vocals as good as possible.

Beyond the Crimson Nightsky is the first song Stefan wrote for The last Hangmen. It's through a great evolution until the version you hear on the album. There's a live incarnation of 2010 on YouTube if you want to check out the differences.

Sleep Tight is part three of the concept. Two brothers in arms find themselves on two different sides after the revolution. I think it's the catchiest song on the album. Simon developed some really possessing melodies for this piece.

Rotten Seeds is my lyrical favorite. It's a huge metaphor. On the acoustic side this one is our Thrash-Grenade and I really dig the blackish chorus. All in all Rotten Seeds sounds kind of atypical and is still 100% The last Hangmen.

With Legion of Sold Souls it gets even more blackish. But hell yeah this song got so much energy.

Even though the last track Executing Takes Time has no lyrics it tells a story just with the instrumental. I still get Goosebumps every time I hear this eight-minute-epos. 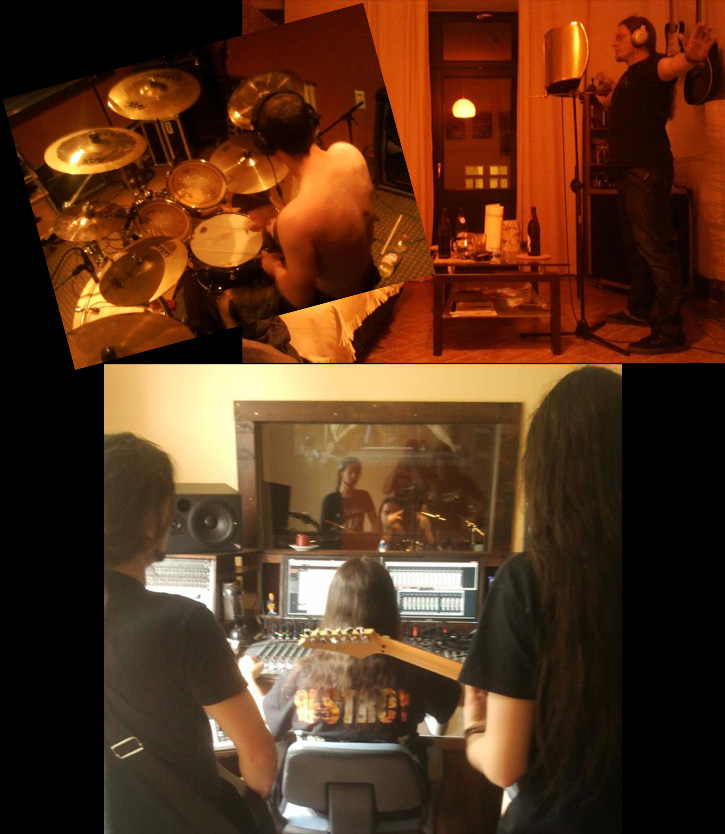 I would love to ask you about Crowdfunding by the way. It was a very meaningful challenge with the great result, right? Of course the album is absolutely worth buying but many people are trying to avoid paying for music nowadays, and your challenge showed us there’re still a lot of true Hangmen fans who are willing to pay for getting physical copies. What do you think about it?

Pether:
We were totally stoked that our fans put so much trust in us and helped us to fund the record in advance. We feel that Crowdfunding is a great way to involve the fans in the development of a band and push it further. But you are right it's important that people realize that if they don't pay for music, there will be one day no music anymore.

Stefan:
Most of the times you buy an Album via Amazon or in big electronic stores you are never sure who gets the Money you spent on the Album. The Store? The intermediaries for the Store? The Label? The Band? A good way to really support a Band is always to buy the Merch directly via the Band or in Record Shops that are in direct contact with the Band such as Disk Union in Japan. The Crowdfunding is just the next step to accompany a Band from scratch to the final Album and by this making a real Contribution to the Music. 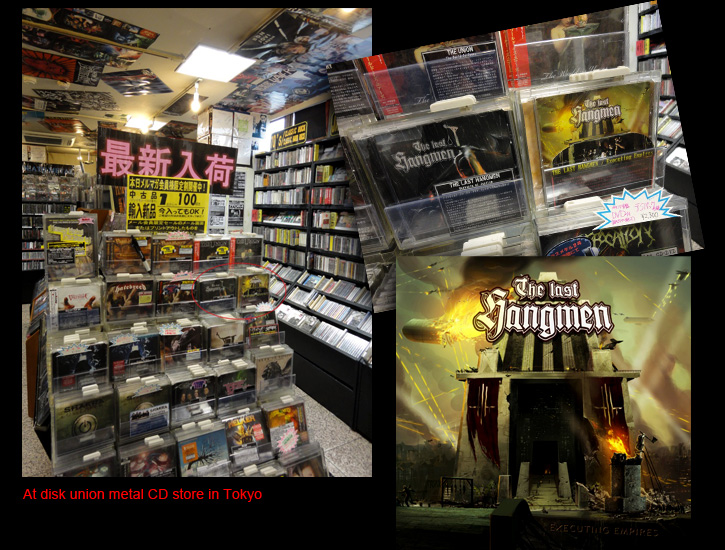 Can I ask about the member’s replacement? What happened between Sören and the band? Did you find another permanent bass player already?

Pether:
Søren was too busy with his job to put enough energy in the band, so we all five decided that it is time to find some replacement. There's no bad blood and if everything turns out well, Søren will do the vocal production with me for the third album, too. We will soon introduce a talented freshman with our first concerts this year. If he fits in well and has fun with us, we will keep him. We're excited about hitting the stage with him. The official announcement will follow soon.

Since “Executing Empires” is a perfect album, maybe it makes a bit different to produce more fabulous album in the near future, haha. What is your next goal/plan at the moment?

Pether:
The plan is to push this project as far as it can go. So the next goal is to find a Label to spread our records even further. Since Executing Empires is a “classical” second release in the tradition of “faster, harder, stronger” our third one sure will explore other limits.

Stefan:
Since Simon wrote the biggest part of the first Album completely on his own and the Second one was more or less split in half between Simon and me, we are still defining our common Sound. So I guess the third album will be more of a real community effort on all our parts to create a real homogenous Album with our typical mixture of complexity and Catchiness.

This is the last question. I’m not sure you know it or not but physical copies of “Servants of Justice” got a kind of success in Japan, it’s sold out at the moment and a bunch of “Executing Empires” are going to be sold here now. What do you think about it? Please leave some message to Japanese metalheads.

Pether:
We are really happy that we sold so much CDs to the other side of the planet without a label. So we thank every Japanese metalhead for supporting us from so freaking far away. Hopefully one day we meet live and spread some fucking loudness over the clubs of your beautiful islands.

Shortly after the interview, the band revealed their new bassist – Jason Melidonie. 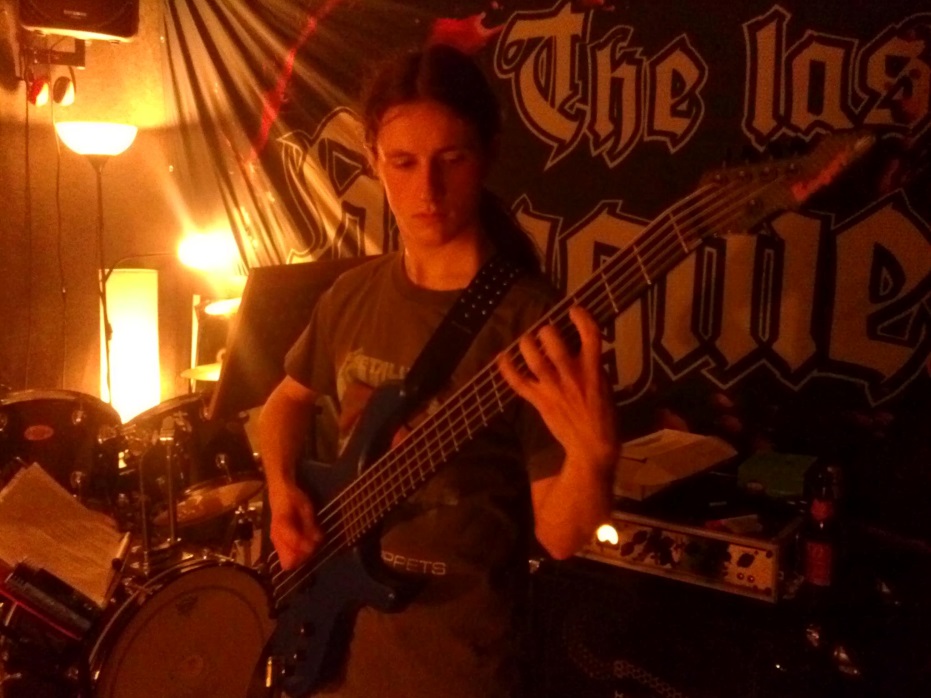 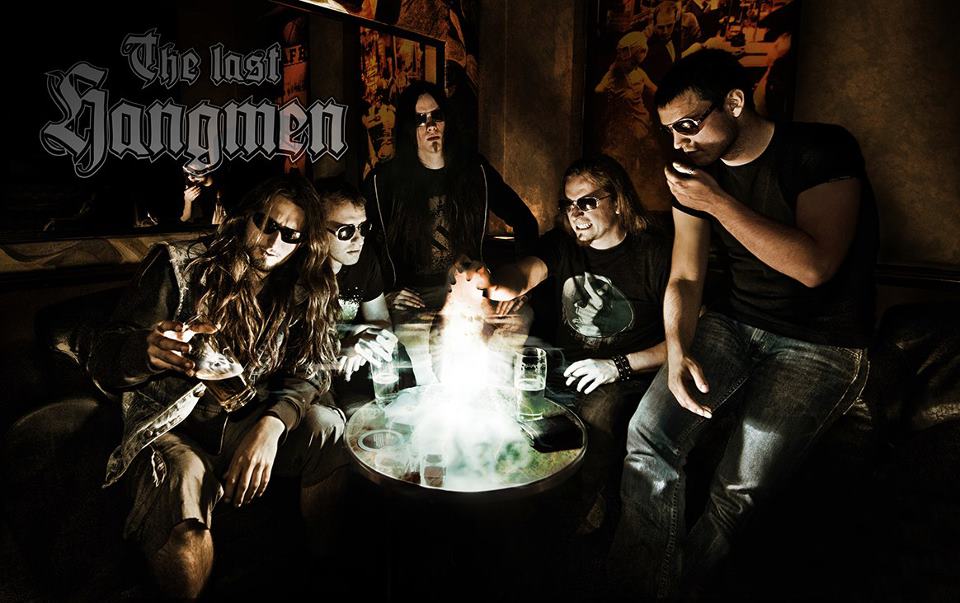 Check the past article and interview

Check a track from Executing Empires!